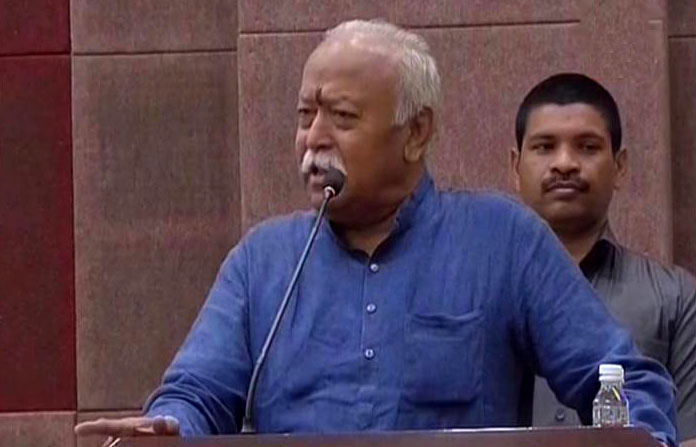 Gandhinagar: Rashtriya Swayamsevak Sangh (RSS) today said, about 150 persons are going to attend its Samanvay meet at Karnavati dental college in Uvarsad in Gandhinagar during 5-6-7 January in presence of RSS chief Mohan Bhagwat, general secretary Bhaiyyaji Joshi among others.

Services offered to the people by various organisations during Coronavirus pandemic, plans for environment protection, Indian lifestyle, Swdaeshi Atmanirbharta, strengthening family system, plans for participation in fund collection for Ram Janmabhoomi Mandir, other current affairs issues relevant in present situation will be part of the three-day deliberation through various sessions. Briefing and interaction with media on three-day Samanvay meet will be held by RSS at the end of the meeting (at 12.30 pm on January 7), said Arunji (Akhil Bhartiy Prachar Pramukh).

Arunji clarified that Samnvay meet is not any decision making meet. Each organisation is independent. Leading people from like-minded organisations share their experiences, information, analysis, feedback during the meet to benefit one another. Such meet is organised twice every year. One meeting in September use to be bigger, while the other in January use to be limited. However due to Covid19 situation, the September meet last year was made, smaller while January meet is going to be participated by 150 karyakartas. DeshGujarat