Ahmedabad: Gujarat Congress today launched ‘Hello’ campaign ahead of the general elections of Municipal Corporations that are likely to be held next month. Under this campaign, the main opposition party has announced a phone number to listen to the civic problems faced by the people from the cities that are going to witness civic polls next month – Ahmedabad, Vadodara, Surat, Rajkot, Jamnagar and Bhavnagar. Several vehicles for ‘Hello’ campaign were also flagged off on this occasion at Rajeev Gandhi Bhavan, the State headquarters of party. Congress party will come with its manifesto for poll-bound cities, based on the feedback received through ‘Hello’ telephone campaign. 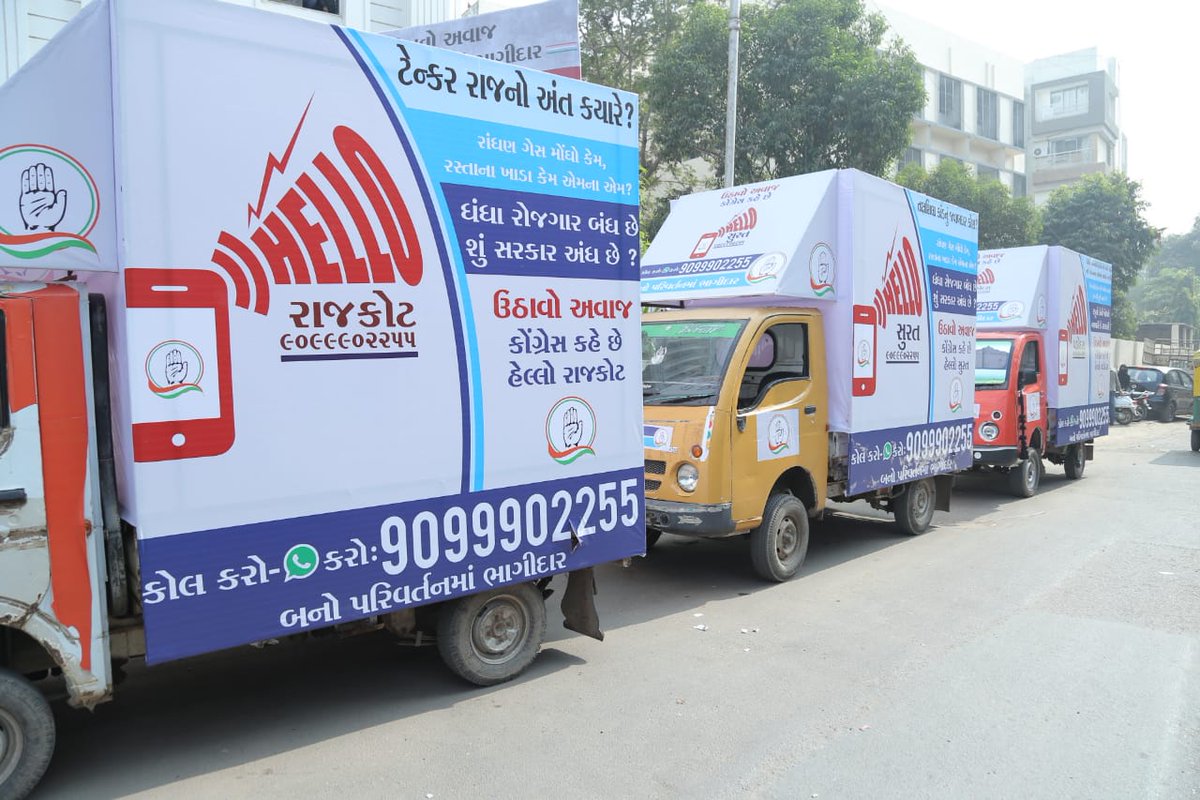