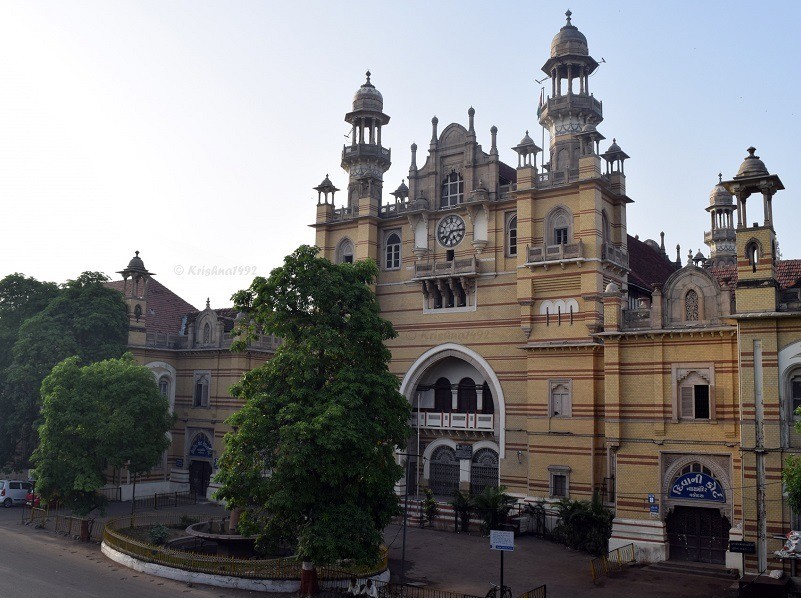 Vadodara: Historical Nyay Mandir building in Vadodara will house a City Museum. The building constructed in memory of Chimanabai after her passing away in 1844 was used as court building for last many decades. After the court was shifted to new building, today Nyay Mandir was transferred from the department of law to district collector. Minister of State Pradipsinh Jadeja was present to mark this transfer. Jadeja speaking to media persons said that more details on City Museum will be shared after discussion on the same with the Chief Minister.

The Nyay Mandir (inaugurated in 1896), which means Temple of Justice, is a piece of Byzantine architecture in India. It housed the District Court of Vadodara city. The central hall is decorated with mosaic tiles and a statue of Chimnabai, the wife of Maharaja Sayajirao Gaekwad III.

Words by Gaekwad as he laid the foundation stone for ‘The Maharani Chimnabai Market’ (initially planned as Vegetable market) in memory of his queen, “I wish to commemorate the virtues of Her Late Highness and the admiration I entertained for her-the mild, charitable, amiable woman, the devoted mother and loving wife.”