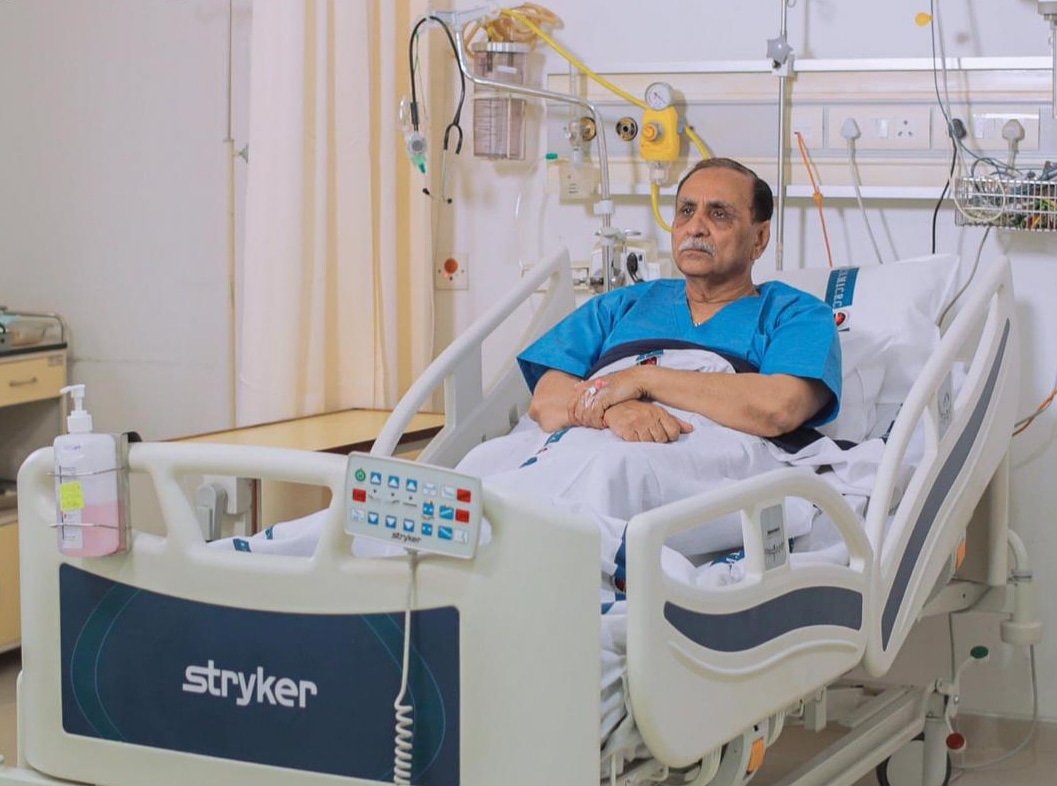 Gandhinagar: Gujarat Chief Minister Vijay Rupani who has been hospitalized for Covid19 treatment in UN Mehta hospital in Ahmedabad will cast his vote for Rajkot Municipal Corporation (RMC) election tomorrow at 5 pm, the State BJP said today in a statement. Rupani will cast his vote at Anil Gyan Mandir in ward number ten on Raiya Road of Rajkot as per the guideline pertaining to Coronavirus. Rupani may wear PPE kit if he is Covid positive when he cast vote. If he is tested negative in RT-PCR test, he will be able to cast vote, same way as any other normal person. As on Saturday afternoon, he is still in hospital. Six cities of Gujarat are going to witness polling for Municipal Corporation election tomorrow and Rajkot, a home-town of Chief Minister is one of them. Rupani was admitted to UN Mehta hospital in Ahmedabad after he collapsed during his speech in Vadodara six days ago. He was tested Covid positive next day. In another development, Union Home Minister Amit Shah is likely to cast his vote for Amdavad Municipal Corporation (AMC) election in Naranpura. Governor of Karnataka, Vajubhai Vala will cast his vote in Rajkot at around 2 pm. DeshGujarat