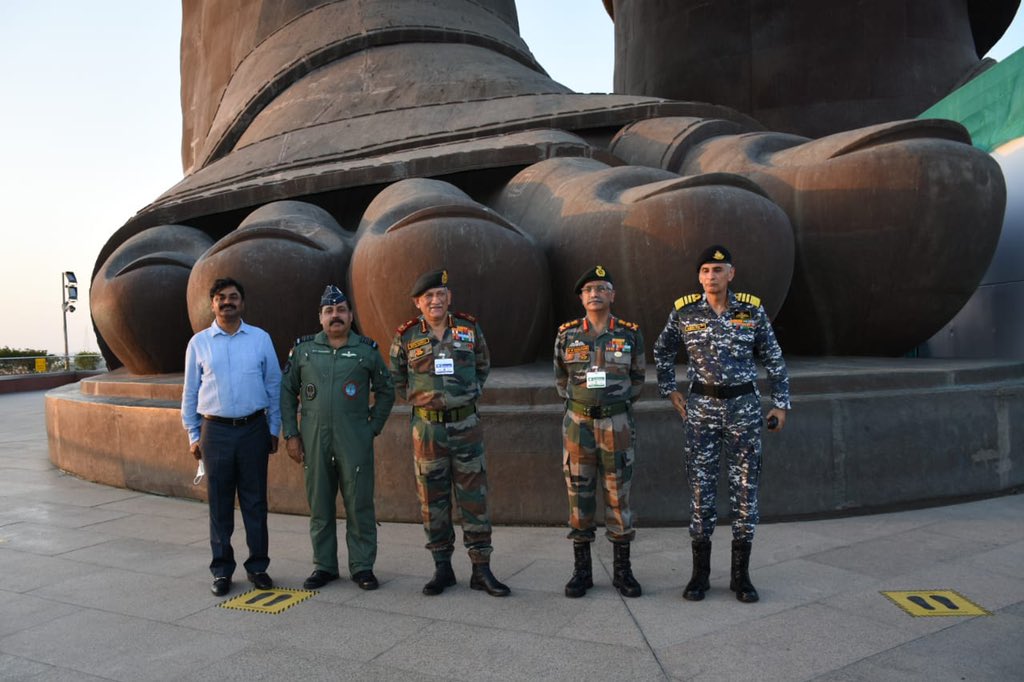 Statue of Unity: Prime Minister Narendra Modi was welcomed today morning at SVPI airport in Ahmedabad, Gujarat. The Prime Minister is on a day-long visit to the State. He flew to the Statue of Unity fame Kevadia in Narmada district of Central Gujarat to address Combined Commanders’ Conference (CCC); a premier brain-storming event of the Military Commanders from the three Services, that commenced at Kevadia in Gujarat on 04 March 2021.

The combined apex level military leadership of the country is reviewing the security situation and defence preparedness of the Armed Forces, and deliberating pertinent organisational issues for evolving a joint military vision for the future during the three day conference from 04 to 06 March. Raksha Mantri Shri Rajnath Singh will join the military commanders along with the team of Secretary level officers from the Ministry of Defence for deliberations from Day two of the conference. The Valedictory Session on the third and final day (today) will be chaired by the Prime Minister Shri Narendra Modi with the National Security Advisor Sh Ajit Doval also in attendance.

Prime Minister at Combined Commanders Conference at Statue of Unity in Gujarat. The conference is hosted by the IAF this year. Today is third and the lsat day of this conference underway in presence all top commanders of Indian Army, Navy and Air Force. https://t.co/Drz3DeImFW pic.twitter.com/IpWarxzFIi 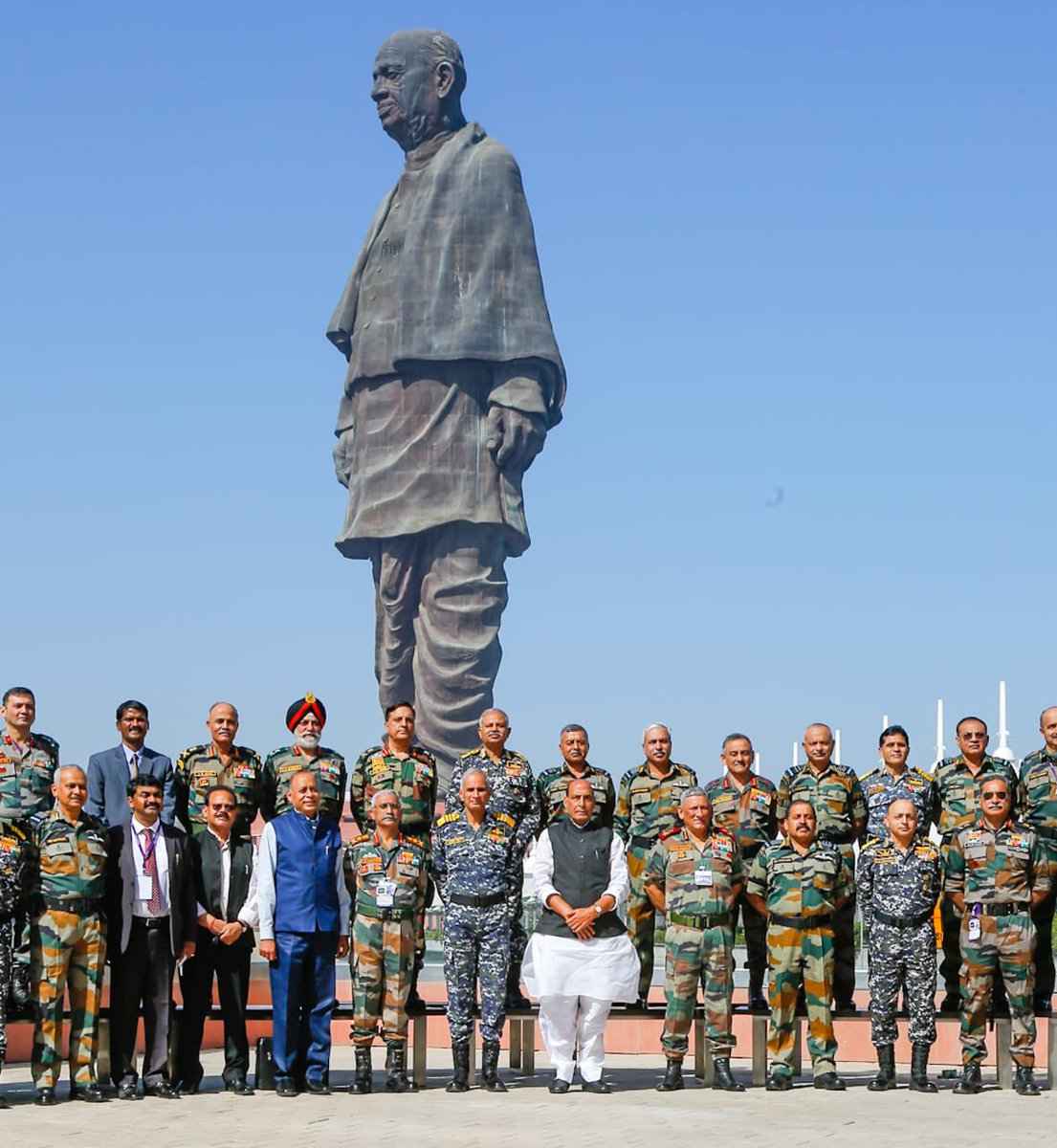 In a major change from the past, the scope of the conference this year has been expanded to make it a multi-layered, interactive, informal and informed event with the added participation of about 30 Officers and soldiers of various ranks from the three Services. Key events encapsulate series of discussions & deliberations on a range of issues pertinent to the Armed Forces and its role in nation building, with the participation of senior most political and bureaucratic hierarchy in addition to the multi-layered participation of military personnel. 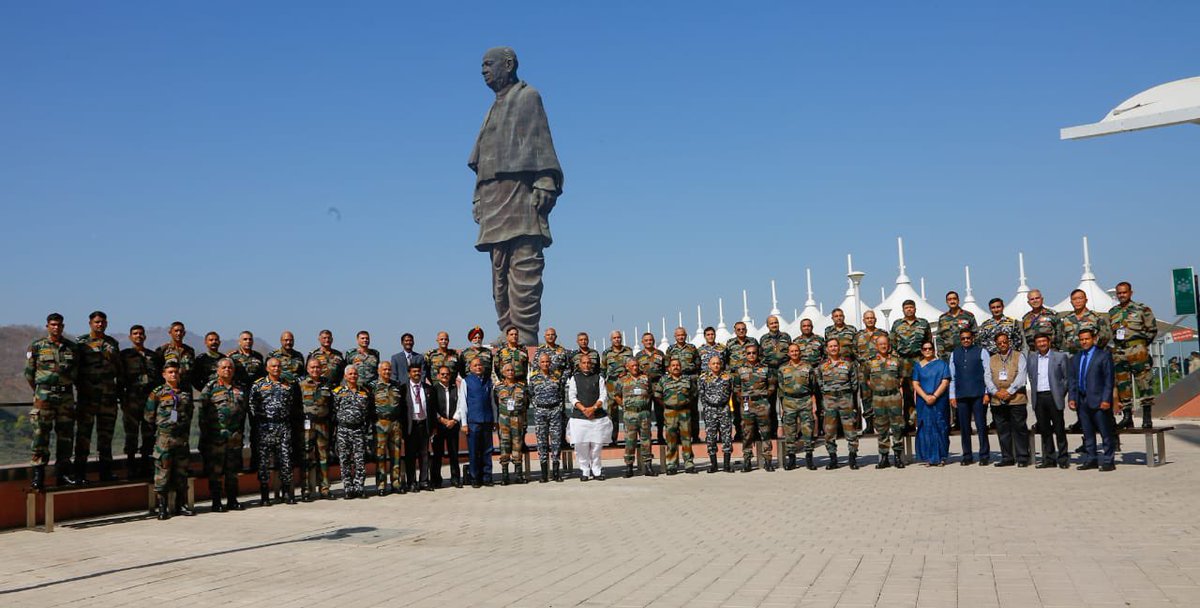 It is interesting to note that the CCC in 2014 was held at Delhi. Since then it has been moved out to different venues across the country. The conference was held on board INS Vikramaditya in 2015 and in 2017 at the Indian Military Academy at Dehradun. The last edition of CCC was held in 2018 over a period of two days at Air Force Station, Jodhpur. There have been several major developments in the Higher Defence Organisation since including appointment of first ever Chief of Defence Staff and setting up of the Department of Military Affairs (DMA), and several important & multifarious issues affecting modernisation & transformation of the Armed Forces are currently under active consideration/ implementation.