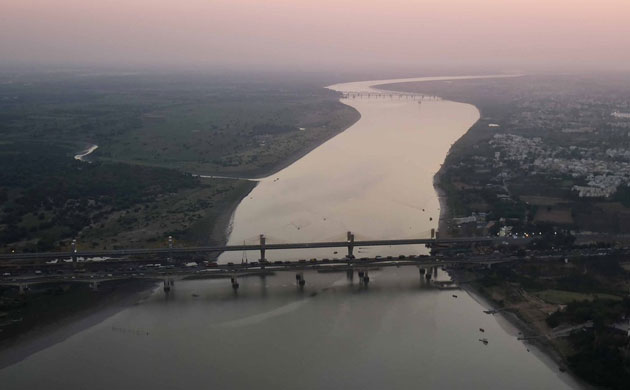 Bharuch: A four-lane Narmada Maiya bridge over river Narmada in Bharuch is likely to be inaugurated on upcoming Ram Navami in later portion of April.

Construction of Rs. 400 crore bridge started in 2015. It was to be completed two years ago, however a decision was taken later to extend the Bharuch side portion upto KJ Polytechnic at Bholav and therefore completion took extra time. Various issues related to land acquisition also caused delay.

A 1462 meter long bridge over river Narmada has 27 pillars. The bridge has 288 light poles. The bridge is located parallel to over a century old Golden bridge.