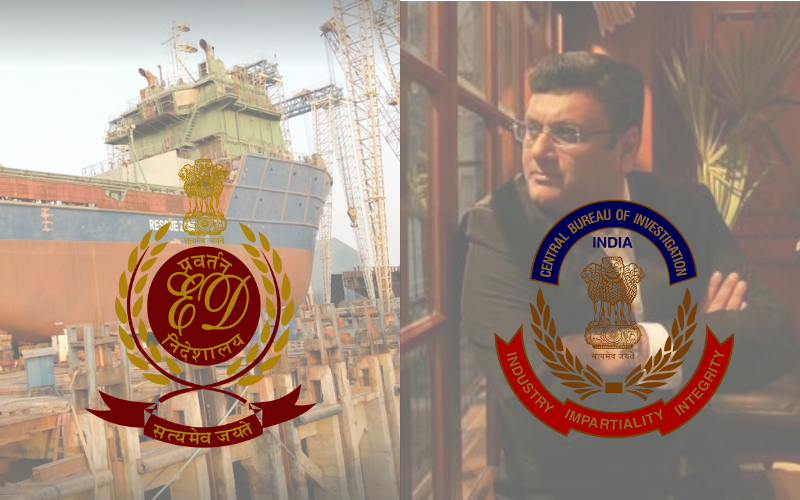 In the latest development, the Enforcement Directorate (ED) has attached assets worth Rs 2,747.69 Cr in the ABG Shipyard Limited case. The attached assets include Shipyard at Surat and Dahej located in Gujarat, agricultural lands and plots, various commercial and residential premises in Gujarat and Maharashtra and Bank accounts owned by ABG Shipyard Ltd, its group companies and other related entities.

As per the CBI,  Agarwal was part of the conspiracy to cheat a consortium of 28 banks that had extended loans worth ₹ 22,842 crores to the company from 2005 to 2012 that later turned to Non-performing assets (NPA). After the forensic audit was initiated in  2018, various banks of consortium declared the accounts of ABG shipyard as ‘fraud’.

The CBI sources also said that the withdrawal of general consent to CBI investigations by certain states has made it challenging to investigate and register banking fraud cases.

Rs 23000 crore loan to ABG shipyard was given during 2005-2012 which turned into NPA, now declared fraud after forensic accounting.

The former promoter of ABG Shipyard, Rishi Agarwal has been arrested by the CBI for this fraud.

You scratch any fraud and UPA-era links come out pic.twitter.com/oNgwuehnZ9