Age of expantionism is over, History is witness that expansionist forces have either lost or were forced to turn back: PM Modi in Leh 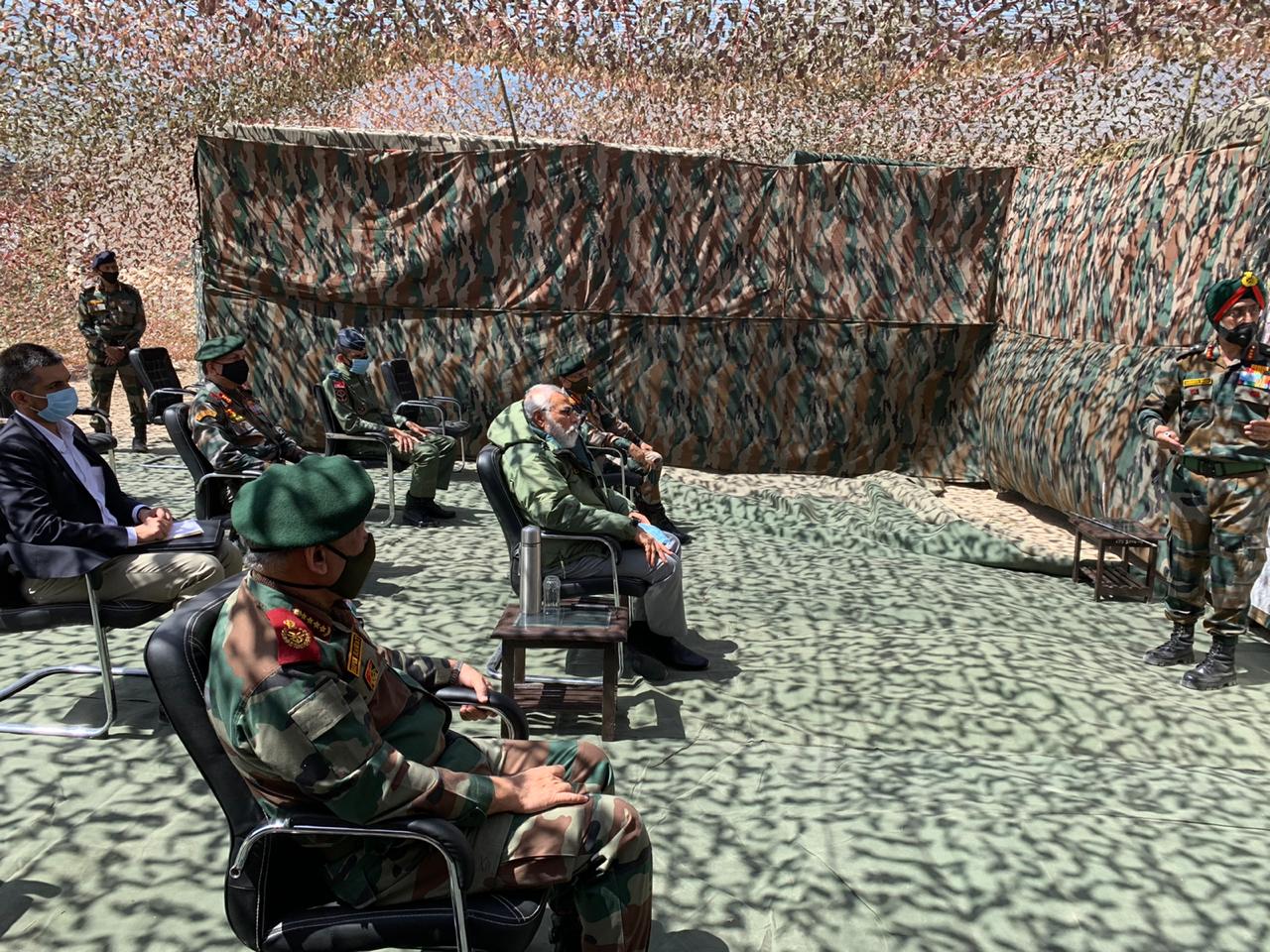 Leh: Prime Minister Shri Narendra Modi travelled to Nimu in Ladakh to interact with Indian troops earlier today. Nimu is surrounded by the Zanskar range and is on the banks of river Indus. The Prime Minister met the top leadership of the Indian Army and later interacted with personnel of the Army, Air Force and ITBP. Tribute to the valour of the soldiers Prime Minister paid rich tributes to the valour of our Armed Forces, stating that their courage and devotion to Mother India is unpar...Read More

New Delhi: Rs. 1.5 lakh crore 'Pradhan Mantri Garib Kalyan Ann Yojana' for free monthly ration (5 Kg wheat or 5 kg rice and 1 kg Chana) to 80 crore people, that has been in implementation since July 2020 has been now extended to the end of the month of November this year, Prime Minister Narendra Modi announced today during the address to the nation on TV, while also requesting people to wear masks and maintain social distancing. Helping hand to the poor Prime Minister emphasized th...Read More 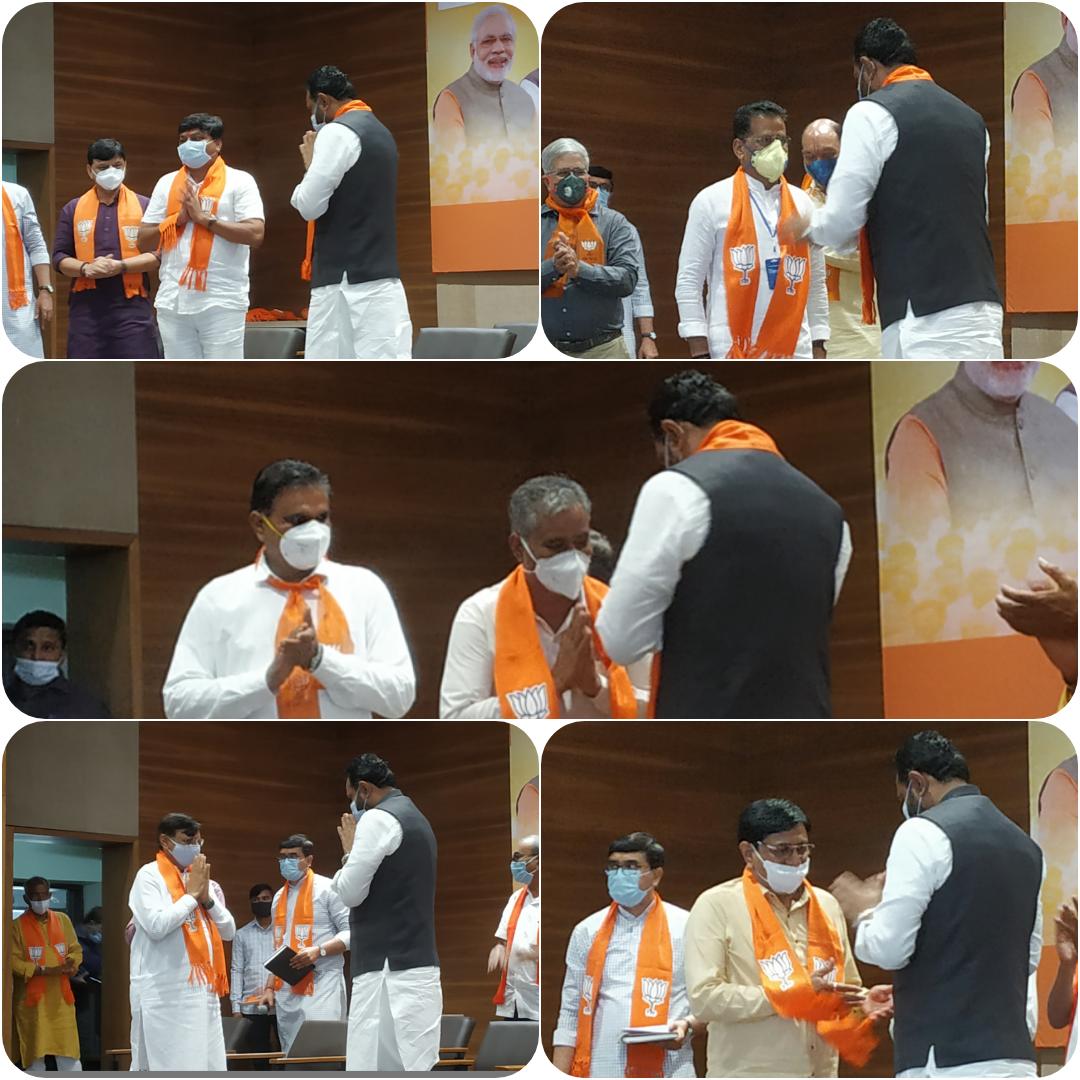 PM admires Yogi government’s response to Covid situation, says other states will also get to learn a lot

New Delhi: Prime Minister Shri Narendra Modi inaugurated 'AatmaNirbhar Uttar Pradesh Rojgar Abhiyan' through video conferencing from here today. Under this, local entrepreneurship will be promoted along with providing employment opportunities to migrant workers. Speaking on the occasion, Prime Minister Shri Narendra Modi said that everyone would be able to surpass the difficulties owing to the COVID-19 Pandemic. He stressed that until a vaccine is found, maintaining Do Gaj ki Doori, cover...Read More

New Delhi: Prime Minister Shri Narendra Modi launched the auction process of 41 coal blocks for commercial mining through video conference from here today. It was part of the series of announcements made by the Government of India, under the AatmaNirbhar Bharat Abhiyan. The Coal Ministry in association with FICCI launched the process for auction of these coal mines. A two stage electronic auction process is being adopted for allocation of the coal mines. Speaking on the occasion, Shri Nar...Read More

PM’s remarks on the situation in India-China Border areas

New Delhi: Prime Minister Narendra Modi on Wednesday assured the nation that the sacrifice of 20 Indian soldiers, who died in a violent face-off with the Chinese troops in the Galwan valley, will not go in vain. He also said that India wants peace but is capable of giving a befitting reply, if instigated. On the second day of virtual meeting with the several chief ministers on COVID-19 situation, the Prime Minister said, “I would like to assure the nation that the sacrifice of our ja...Read More

Green shoots have begun to be visible in economy: PM Modi to chief ministers

New Delhi: Prime Minister Shri Narendra Modi today interacted with Chief Ministers via video conferencing to discuss the situation emerging post Unlock 1.0 and plan ahead for tackling the COVID-19 pandemic. This was the sixth such interaction of the Prime Minister with the Chief Ministers, the earlier ones had been held on 20th March, 2nd April, 11th April, 27th April, and 11th May. Timely decisions to combat the virus Prime Minister observed that timely decisions taken to combat the p...Read More

New Delhi: Prime Minister Shri Narendra Modi delivered the inaugural address of the 95th annual plenary session of the Indian Chamber of Commerce (ICC) through video conferencing here today. Referring to the war against the COVID-19 Pandemic Prime Minister said India is putting up a brave front along with the entire world. He said the country is also facing various other problems arising out of disasters like locust attacks, hailstorms, Oil Rig Fires, series of mini earthquakes and two cy...Read More