New Delhi:Prime Minister Shri Narendra Modi would deliver a video address on the occasion of the Dharma Chakra Day tomorrow to emphasize the teachings of peace and justice of Lord Buddha and the Eight Fold Path shown by him to overcome sufferings of sentient beings.A special address by the President of Mongolia will also be read out and a valuable Buddhist manuscript of Indian origin preserved in Mongolia for centuries together, will be presented to the President of India during the function. ...Read More 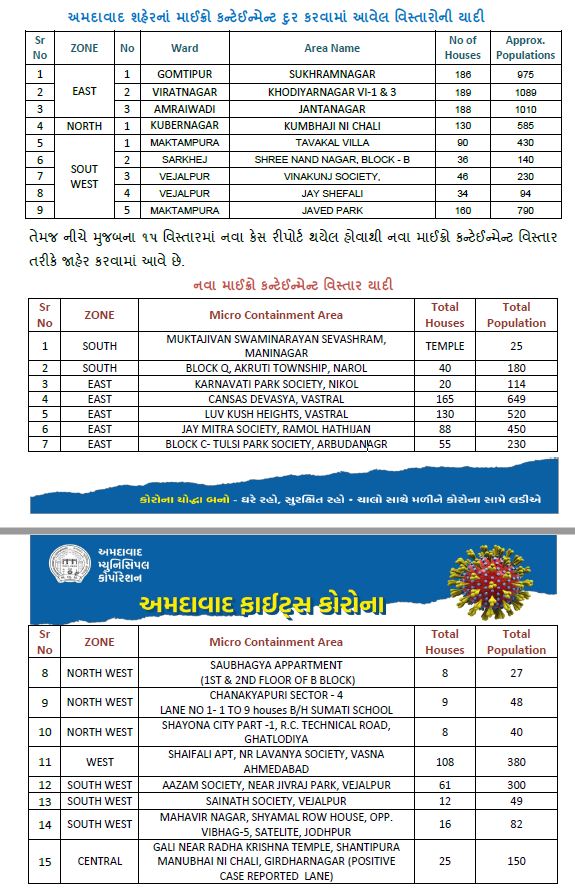 Ahmedabad: Several saints of Maninagar Shree Swaminarayan Gadi Sansthan have been infected by Covid-19 virus. The exact number can not be confirmed but it is anywhere between 6 to 11. The temple campus in Maninagar has been closed for visitors and saints have been living in self quarantine. Sect's current religious head Shree Purushottampriyadasji Swami(78), popularly known as PP Swami meanwhile has been admitted in Intensive Care Unit (ICU) of private run CIMS hospital in the city. DeshGuja...Read More 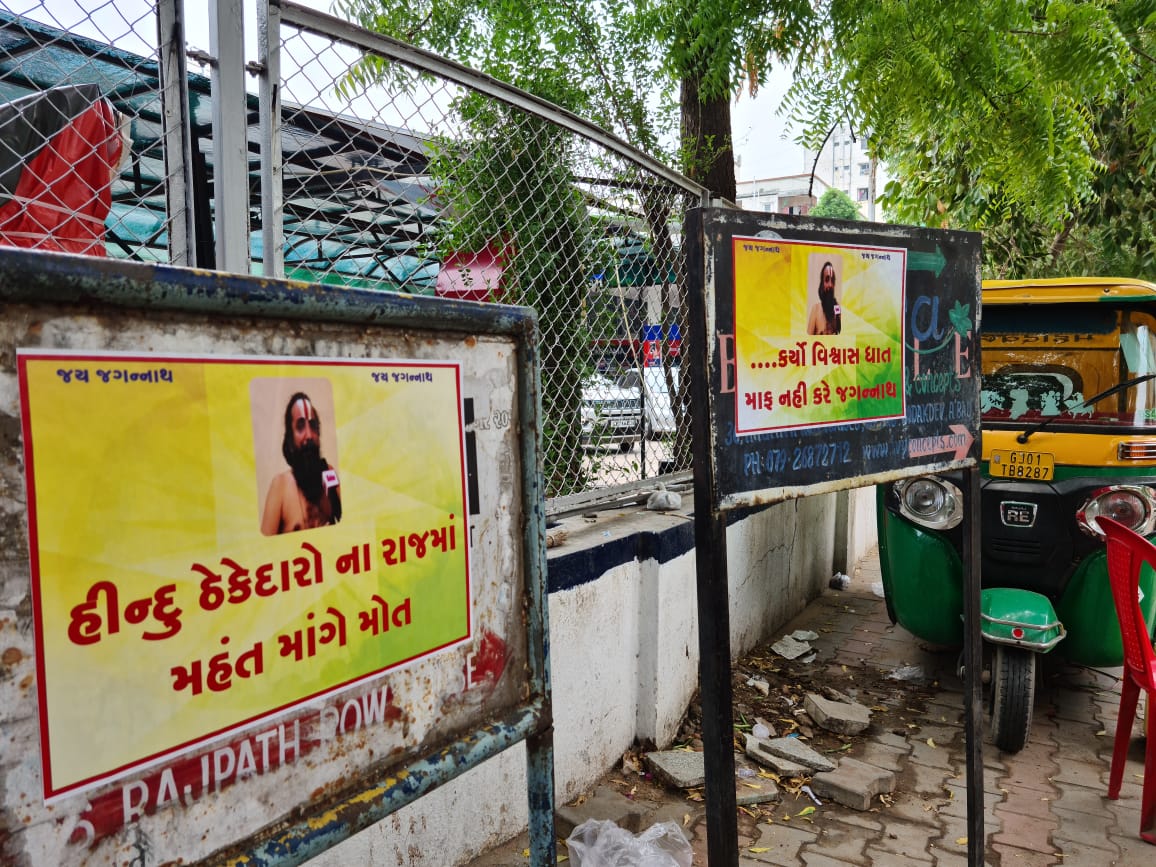 Ahmedabad: Posters over Rath Yatra controversy, had surfaced at certain places in the city with photograph of Mahant Dilipdas. The State government had taken notice of this and directed city police to investigate into it. Accordingly, city's Vastrapur police through CCTV footage has identified and nabbed four persons including ward level Congress leader today. One of four persons held is president of Congress party's Ghatlodia ward unit, while others are Congress cadres according to poli...Read More Gandhinagar: Swaminarayan Akshardham in Gandhinagar and BAPS Swaminarayan Mandir in Shahibaug will not reopen on 1st July and continue to remain closed for visitors. All BAPS temples in Ahmedabad and temples in Vadodara, Surat, Rajkot, Mumbai, Kolkata etc places will also not reopen from 1st July due to Coronavirus infection spread in these places. BAPS temples have reopened at places where Covid-19 infection spread is low with effect from June 17. Camp Hanuman, Swminarayan Mandir - Kalu...Read More

Nadiad: Famous Santram Mandir here has rejected the rumors that Mahant Ramdasji was suffering from Coronavirus infection. Due to spread of rumors, large number of devotees had rushed to Santram temple in last couple of days, and telephone calls were just not stopping from various places of Gujarat and countries abroad. However these rumors were rejected by the temple. Rumors that Mahant Ramdasji's cook was infected by Covid-19 were also rejected by the temple. Ramdas Maharaj has continue...Read More

A group of saints meet Gujarat CM; get assurance that Pabubha Manek will visit Morari Bapu with apology

Gandhinagar: A delegation of saints from various religious places of Gujarat today called on Chief Minister Vijay Rupani and asked him what actions the Government has taken against party leader Pabubha Manek for attempt to attack kathakar Morari Bapu in Dwarka earlier this month. The saints after this meeting told media persons that Chief Minister Rupani gave them assurance that Pabubha Manek would visit Mahuva to meet Morari Bapu and tender apology for his behavior. Pabubha Manek, an in...Read More

Idar: Leading Jain community member of Idar, Dr. Ashit Doshi had file complaint earlier this week against two Jain monks of Pavapuri Jal Mandir for sexual abuse with a 35-year old Surat based woman on 27 December 2019. However when Idar Police visited Surat for questioning, the victim women took U-turn and said she had captured video of Jain monks sexually abusing her as per instruction of Dr. Doshi. This had made difficult situation for Police, as on one hand Jain community members were dema...Read More 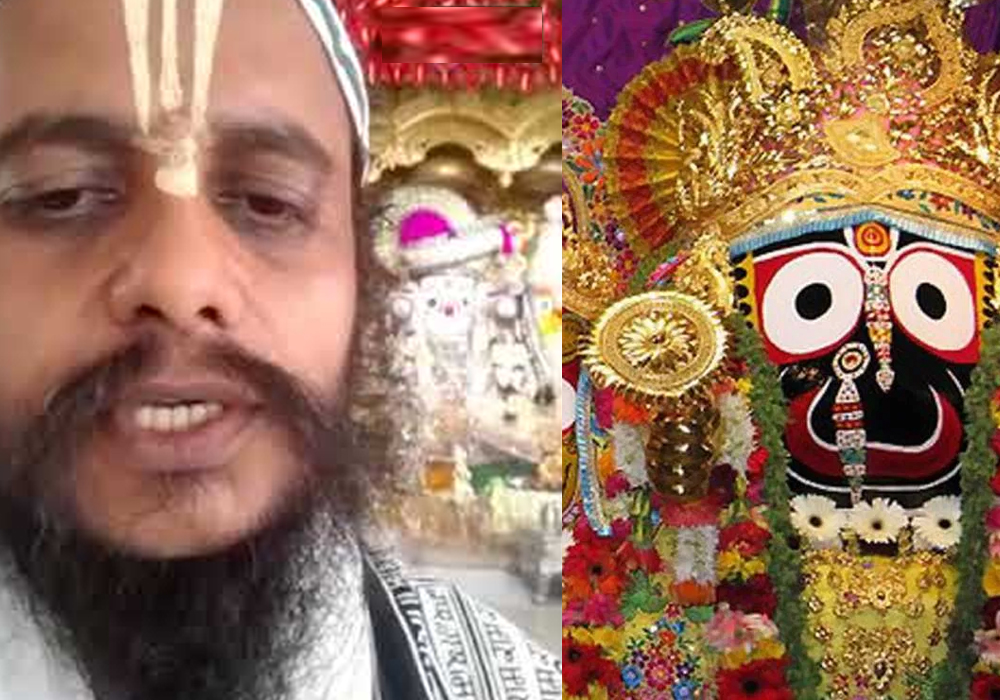 Ahmedabad: Saraspur Mandir Mahant Lakshmandasji today walked to Jagannath Mandir and sough death before the murtis of Bhagwan Jagannath. He shared a video in which he was seen as saying that he had asked for death before the God. Lakshmandas is sad and angry as annualRath Yatra has not taken place this year in the city. Expressing anger against he State government for its inability to ensure Rath Yatra procession in the city this year, Lakshmandas had demanded resignation of the State governm...Read More

Idar: Police complaint has been filed against two Jain monks of Pavapuri Sammet Shikhar Tirthdham Sanstha - Maharaj Saheb Kalyansagar and Rajtilaksagar alias Raja Maharaj for sexual abuse of a devotee's wife. The complaint has been filed by two doctors of Idar and Vadali who were Trustees of Pavapuri dham for over a decade. Complainant have also submitted a video CD as evidence to police. Accused Jain monks have been booked under IPC sections 504, 506(2), 114 and 295. Victim lady is from...Read More