Palanpur: The repeat locust attack in Banaskantha district of North Gujarat has so far affected only three bordering villages in Vav taluka even as strong possibility of their returning back to neighbouring Rajasthan and further in to Pakistan is there amid extensive control measures by the state and central government teams, District Agriculture Officer (DAO) P K Patel today said. Patel said that Mavsari, Radha Nesda and Kundariya villages have been affected by recent locust attack...Read More Rajkot(Press release): With a view to give further boost to Gujarat’s frontal position in pharmaceutical sector in the country, the state government with the help of Centre would setup a‘Medical Devices Park’ (MDP) at Rajkot and ‘Bulk Drugs Production Park’ (BDPP) at Ankleshwar, with total cost of Rs. 125-crore, Chief Minister Mr. Vijaybhai Rupani said today. The Chief Minister was speaking at a function organized to setup GIDC and to make a draw for plot allotment to industrialist...Read More 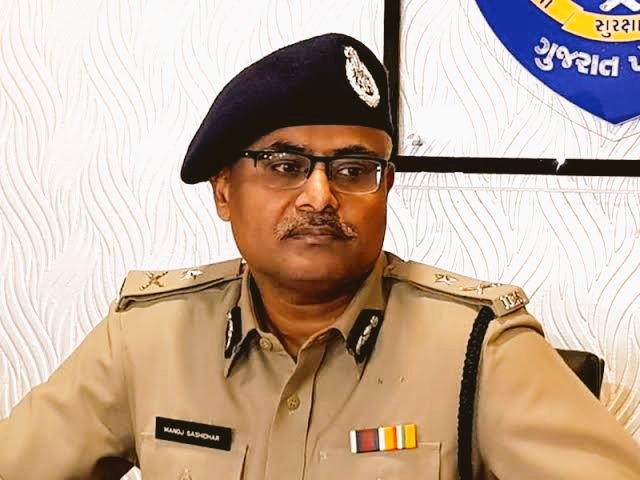 Gandhinagar: Gujarat cadre IPS officer Manoj Shashidhar has been appointed as Joint Director of Central Bureau of Investigation (CBI) in New Delhi for a period of five years. An order of Ministry of Personnel, Public Grievances and Pensions reads: Approval of the appointments committee of the cabinet (ACC) is hereby conveyed for induction of Shri Manoj Shashidhar, IPS (GJ:1994) as Joint Director, CBI for a period of 05 years from the date of assumption of the charge of the post or until furt...Read More

Gandhinagar: The Gujarat government is contemplating to provide free travel facility for work to around 8 lakh workers of the construction sector in the state, Additional Chief Secretary of Labour and Employment department, Vipul Mittra today said. In his inaugural address at the two day seminar on Labour Code with special reference to Wage Code and Occupational Safety and health code at Mahatma Gandhi Labour Institute here, Mittra said that the government was contemplating to provide f...Read More 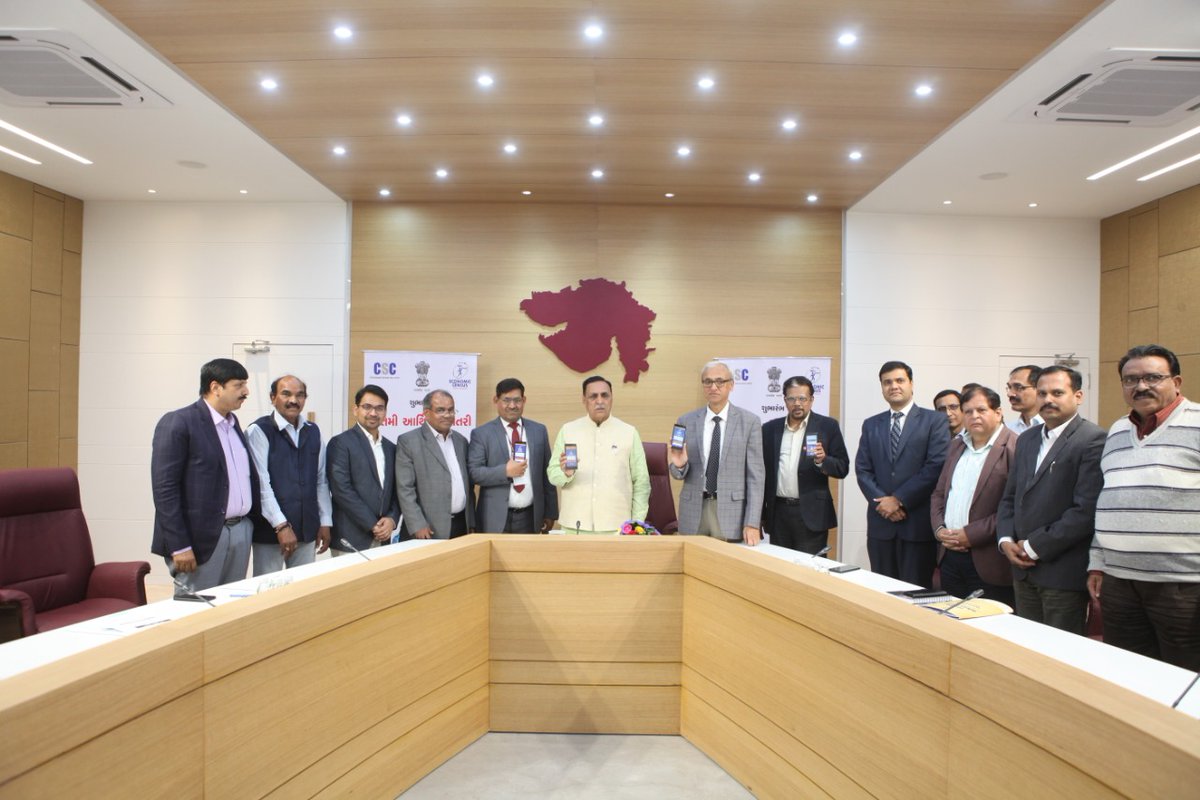 Gandhinagar: Gujarat Chief Minister Vijay Rupani on Wednesdsy launched the 7th Economic Census process in Gujarat, being carried out by Union Ministry of Statistics and Programme Implementation with the help of Common Service Centre. Nearly 40,000 enumerators will use mobile application for the first time to gather information under the guidance of 6,500 supervisors. They will personally visit door to door for basic information like members of the family, their economic activity, whether it i...Read More 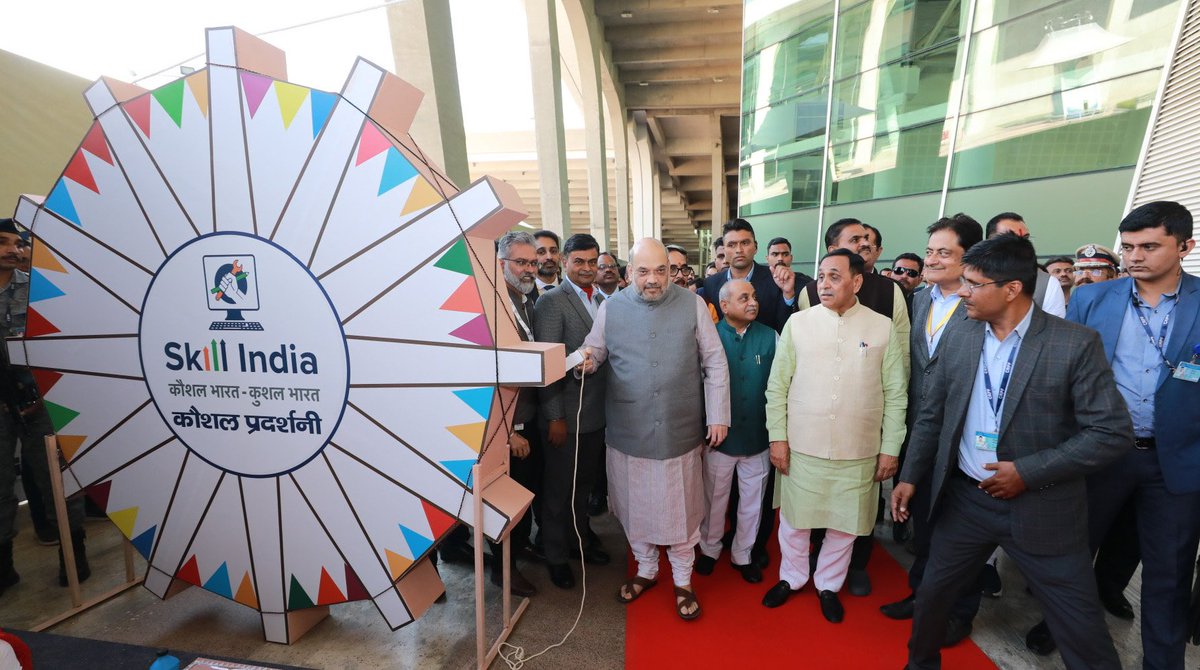 Gandhinagar: Union Home Minister Amit Shah will lay the foundation stone of the Indian Institute of Skills (IISs) on a 20-acre campus at Nasmed in Kalol taluka in Gandhinagar district at a function to be held at Mahatma Mandir on January 15, 2020. The institute is being set up on Public-Private Partnership (PPP) basis by the National Skill Development Corporation (NSDC) under the Union Ministry of Skill Development & Entrepreneurship (MSDE) in collaboration with Tata Education Development Tru...Read More 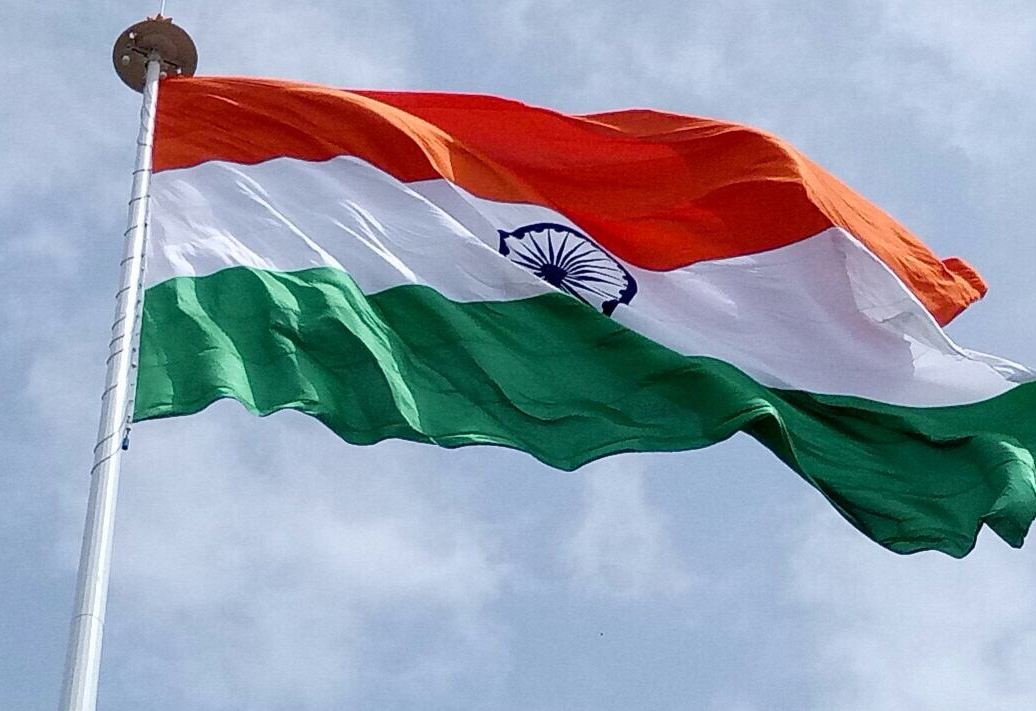 Gandhinagar: The main state level event in Gujarat on the coming Republic day on January 26 will be held in Rajkot where Governor Acharya Devvrat would hoist the tircolour in presence of CM Vijay Rupani. Notably since the tenure of the then CM Narendra Modi the main events of the Republic day and the Independent day were being organized outside of the capital city. According to the official information issued today Deputy CM Nitin Patel would participate in the district leve...Read More