Ahmedabad:The police has booked two couples and arrested two males among them for assaulting Airport Intelligence Unit (AIU) sleuths at Sardar Vallabhbhai Patel International Airport here,' police said today. PI of the Airport Police Station K C Rathwa said that the two couple had arrived here late last night by flight number SG 16 from Dubai. A small girl with them was wearing gold jewelries and when two of the AIU officers inquired about it, the couple hailing from Ahmedabad, said tha...Read More 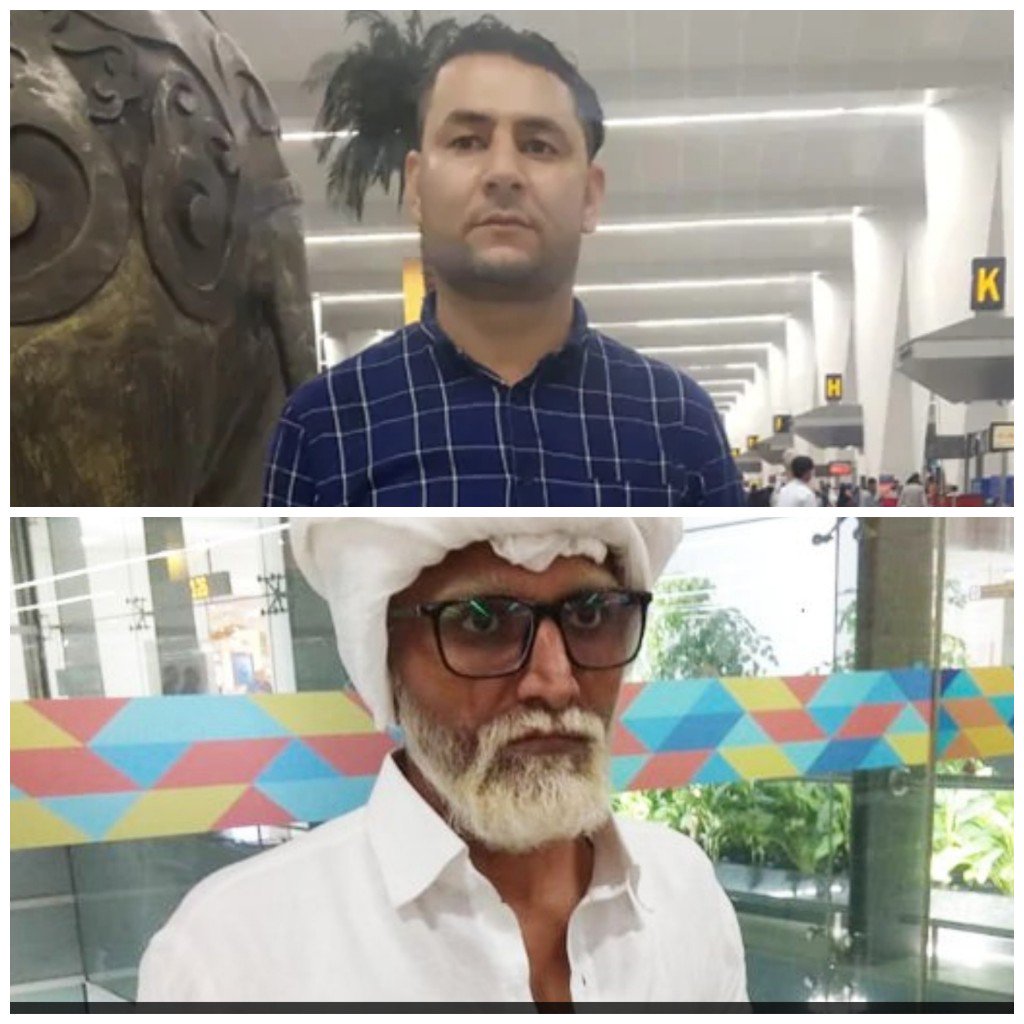 New Delhi: A 32-year-old man, Jayesh Patel from Ahmedabad, Gujarat was caught by CISF personnel at the Delhi airport for allegedly impersonating an octogenarian passenger by using a fake passport with the name of Amrik Singh, aged 81 years. Jayesh coloured his hair and beard white, arrived on a wheelchair to board a flight to New York from the Indira Gandhi International Airport on Sunday. The passenger looked suspicious to (CISF) officials on frisking duty as he expressed his inability to st...Read More

Surat: Three golden chocolates were recovered from two smugglers hospitalized here. The smugglers were nabbed by Customs department at Surat airport. Samim Saeed(58) and Hamad Khalil Ul Rehman(29), both from Delhi were nabbed by Custom department at Surat airport after presence of metal was detected in their bodies during metal detector test. Both had given confession that they had made chocolates of golden paste and swallowed it. On Thursday, both accused were taken to civil hospital fo...Read More

Ahmedabad: Custom Superintendent Sommnath Chaudhary has been arrested and sent to judicial custody for his involvement in gold smuggling at Sardar Patel International Airport, Ahmedabad. The agency in its probe found that Rs. 8 crore gold was smuggled via Ahmedabad airport and sold to jewelers in South Gujarat. Chaudhary's involvement emerged through call records of one of accused caught red-handed while smuggling gold. Others involved in this case are Sajjan Jahangir Chaudhary (Va...Read More

More and more countries need to do more to welcome immigrants:Canadian PM in Gujarat 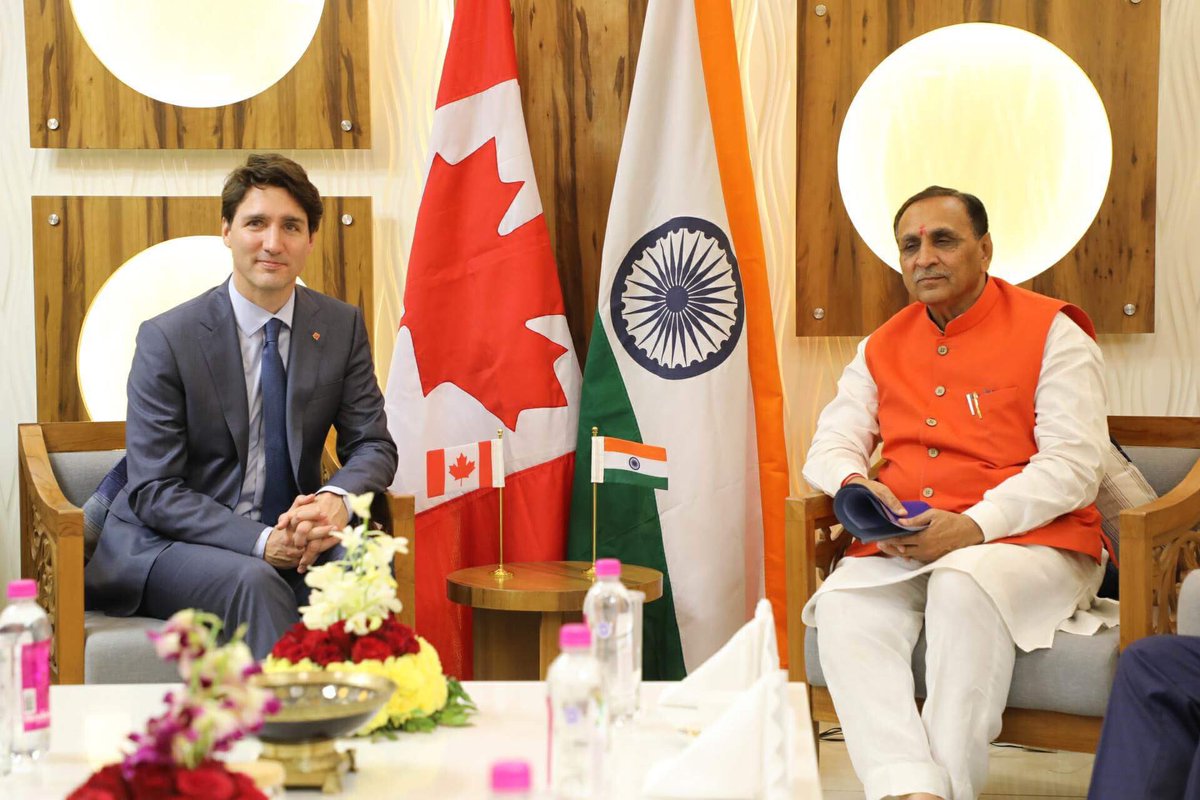 Ahmedabad/Gandhinagar: Canadian PM Justin P Trudeau today said that more and more countries should show much liberal and welcoming attitude towards the refugees coming in hope of a better life. Trudeau during his address and interactive session in IIMA here today said "More countries need to do more to welcome immigrants not because that is the right thing to do, but because refugees who flee the persecution in their country for a better life in another, are extremely grate...Read More

Ahmedabad: City crime branch has booked three for traveling with fake visa, passport and aadhar card. The three passengers had left Ahmedabad airport to reach Canada via Doha. They were deported from Doha after immigration check. City crime branch had got information that immigration officer RK Verma had detained two gents and one lady at Sardar Patel international airport in Ahmedabad. Detained passengers had managed to create passport and visa with own photos but someone else's name and ad...Read More

Ahmedabad: The custom sleuths today seized around 3 kg gold from a passenger who arrived here in a flight from Sharjah at Sardar Vallabhbhai Patel International Airport. The luggage of the passenger who had hidden the gold in form of wire was checked and it was recovered. He was being interrogated. The gold was worth around 82 lakhs in India marke, an Airport customs source today said. Notably on April 7, passenger from UAE was caught with gold and jewelry weighing around ...Read More Washington: President Donald Trump welcomed India's entry into the International Expedited Traveller Initiative (Global Entry Programme), saying it would facilitate closer business and educational ties between the citizens of India and the US. The India-US joint statement, issued after talks between Trump and Modi, said the US president lauded the entrepreneurship and innovation of Indians and IndianAmericans that have directly benefited both nations. Citizens of Switzerland and the UK to...Read More

New Delhi: The government of India had on March 2, 2014 discontinued filling up of arrival (disembarkation) cards by Indians and now a June 14 notification issued by the ministry of external affairs seeks to discontinue the departure cards issued by the bureau of immigration for Indian passengers at all international airports across India in order to make the immigration process a smooth experience. At present, Indian passengers leaving for abroad are supposed to fill in details such as name, da...Read More New York: A 58-year-old Indian man from Gujarat Atulbhai Patel, who was in the US customs' custody for entering the country illegally, died on Tuesday afternoon after being hospitalised for shortness of breath. Atulbhai, son of Babubhai Patel was taken in custody by US Immigration and Customs Enforcement at the Atlanta City Detention Centre for two days. He died at Atlanta's Grady Memorial Hospital with the officials stating the preliminary cause of his demise as complications from congestive h...Read More