8 nabbed by SOG in central Gujarat, 5 bogus passports of Spain, one I card of republic of Estonia seized

Vadodara: The Special Operation Group (SOG) of the crime branch of police in the city has nabbed 8 people of a suspected fake passport racket with 5 bogus passports of Spain and an Identity cart of the republic of Estonia. Police today said that based on a tip off the eight people, two of whom are residents of Ahmedabad district, 5 from Mahesana and one from Mansa in Gandhinagar were nabbed yesterday from a tea point near Rajshri talkies in Sayajiganj area of the city. Five bog...Read More Ahmedabad: A man from Ahmedabad was apprehended by Central Industrial Security Force(CISF) personnel at the Delhi airport for allegedly possessing a fake passport to travel to Canada. He was handed over to the Delhi Police which is probing the case. Ahmedabad resident Jaimin Patel was intercepted late Tuesday night as he was roaming suspiciously in the Terminal-3 building of the Indira Gandhi International Airport (IGIA).He was looking nervous and he made a hasty retreat just before he was su...Read More

Bardoli to get Passport Seva Kendra 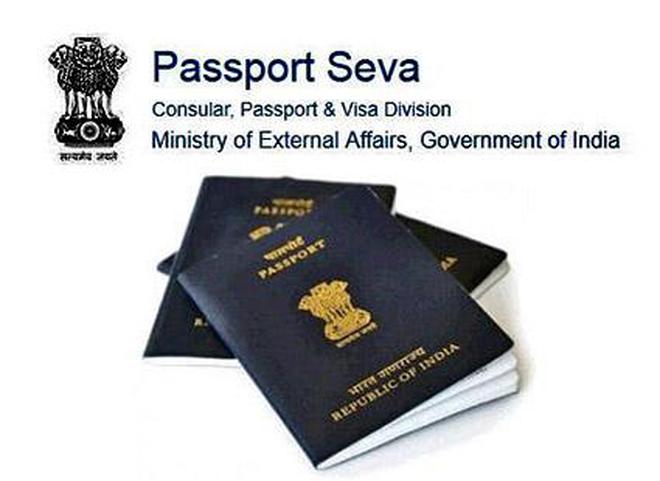 Surat: Southern Gujarat town Bardoli will get a new Passport seva Kendra from October 26. Citizens of Bardoli at present need to travel to Surat for passport related work. After inauguration of Bardoli passport seva kendra tomorrow in presence of state ministers, local member of parliament and regional passport officer, people in Bardoli will be able to complete their passport related works in Bardoli itself. DeshGujaratRead More New Delhi: Taking one more step ahead towards people centric reform, Ministry of External Affairs has dispensed with address verification in Police Verification Report. It means, police will no more need to do address verification, the task which was delaying the passport issuance process in many cases. With this, Police public interface in Police Verification Request(PVR) is done away and there's no more requirement to visit Police Station. mPassportSeva app External Affairs Mi...Read More

Ahmedabad: Union minister of External Affairs through her twitter handle on Monday asked Regional Passport Officer of Gujarat, Nilam Rani to look into the issue of passport of one Santoshben Hariprasad and report her about the same. A twitter handle Hari Prasad Pandit had issued threat of self immolation outside the passport office in Gulbai tekra area of Ahmedabad if passport of Santoshben Hariprasad Pandit is not issued before 10th of June. Pandit in his tweet also mentioned that applic...Read More

Valsad and Navsari to get Passport Seva Kendra soon: RPO

Surat: Regional Passport Officer of Surat Anjanikumar Pandey announced two new Passport Seva Kendra(PSKs) at Valsad and Navsari in South Gujarat. Pandey was speaking at a function organized by Chamber of Commerce in Surat. He said such PSKs will be opened in next about four-month period. He said the new PSKs will help for reducing burden on Surat based passport office. He said last year 1.38 lakh passports were issued in Surat against which this year 1.38 lakh passports are a...Read More

Bhuj: After an interesting revelation, the police in Kutch district is investigating a case in which a Pakistani woman who had come to this bordering district of Gujarat on a long term visa in 1990 and was recently granted Indian citizenship following her marriage with an Indian national, was reportedly having two fake Indian voter identity cards even before getting the Indian citizenship. Police today said that one Banoli Zakihussain, a Pakistani woman who had married Abder Rahma...Read More

Opening of new Post Office Passport Seva Kendras (POPSK) in the Second Phase New Delhi: The Ministry of External Affairs (MEA) and the Department of Posts (DOP) have decided to utilize the Head Post Offices (HPO)/ Post Offices in the country as Post Office Passport Seva Kendra (POPSK) for delivery of passport related services to the citizens of the country. The objective of this partnership is to extend passport related services on a larger scale and to ensure wider area coverage. In the firs...Read More

Woman from Ahmedabad deported from Canada, arrested in Mumbai for fake passport

Mumbai: Kamal Dabgar, a 23-yead old woman from Ahmedabad has been arrested by Sahar police in Mumbai and sent to police custody till April 13 for traveling to Canada with a fake passport. Dabgar has been booked for forgery, cheating and other offenses. Dabgar had received a fake passport with visa through a travel agent. She came to Mumbai on Monday and took a flight to Canada. She was deported back from Canada to Mumbai when Canadian immigration authorities found her passport as fake. Read More

Bhuj: After Dahod and Palanpur, Gujarat will get another Post Office Passport Seva Kendra(POPSK) at district headquarters Bhuj in Kutch with effect from 31st of March. Local Lok Sabha MP Vinod Chavda will inaugurate the PSK at head post office of Kutch in Bhuj and hold function in connection with his at Amit Mall. PSK will have man power from Tata Consultancy and Ahmedabad based Regional Passport Office. Online registration facility will be available on Passportindia.gov.in. DeshGu...Read More