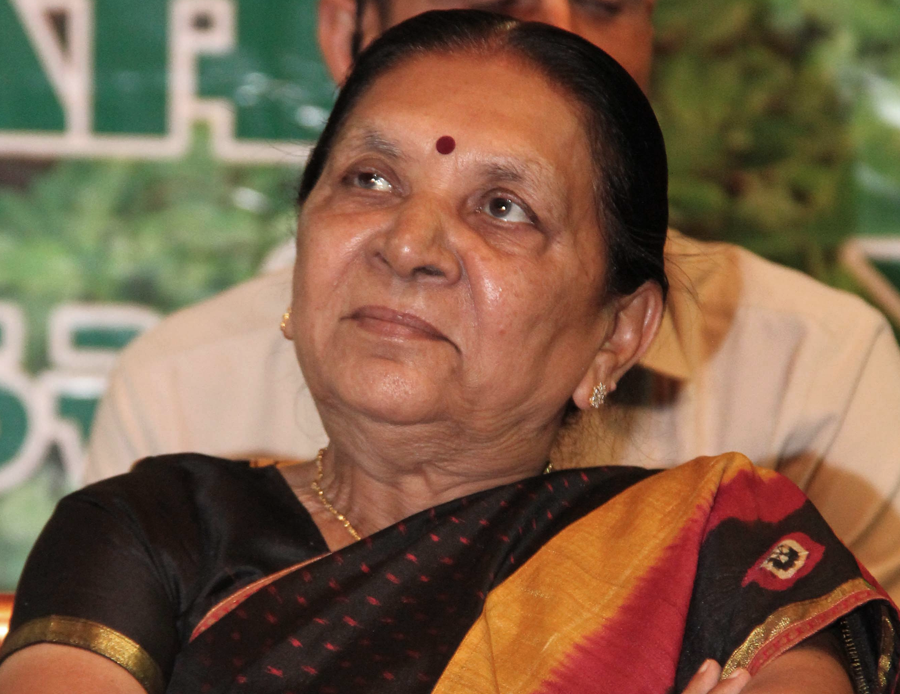 Ahmedabad: BJP president Amit Shah remained present during the release of a book on the life of MP governor and former Gujarat CM Anandiben Patel here today. Apart from Shah and Anandiben herself, Gujarat governor O P Kohli, CM Vijay Rupani, noted saint and katha orator Rameshbhai Oza, Mayor Gautam Shah were also present during the release of book 'Anandiben Patel Karmyatri'. , The 145 page book written by Ameya Latkar, takes the reader through the life of the former CM. It is di...Read More

Nitinbhai should accept party’s decision, if feels injustice should speak to party chief and PM: Anandiben

Ahmedabad: Former Chief Minister and senior BJP leader Anandiben Patel in reply to media queries today said, deputy chief minister Nitin Patel should accept party's decision. Anandiben while leaving for a function in her brief reply to media's query said, 'I am not aware what has happened actually. I have read all this only in newspapers. If Nitin Patel feels he has suffered injustice then he should speak to party president Amit Shah and Prime Minister Narendra Modi. He is senior leader and...Read More

In BJP everybody is party’s supporter not of any individual, reports of my annoyance baseless: Anandiben

Gandhinagar: Rejecting the reports about her 'annoyance' on ignorance of her supporters during BJP candidates selection in Gujarat, former CM and senior party leader Anandiben Patel today said that there were no individual supporters in the party and everybody was just a supporter of BJP. She said that the rumours about her annoyance might be the attempt of Congress with an intention to create rift in BJP. Anandiben also said that the selection of candidates was being don...Read More 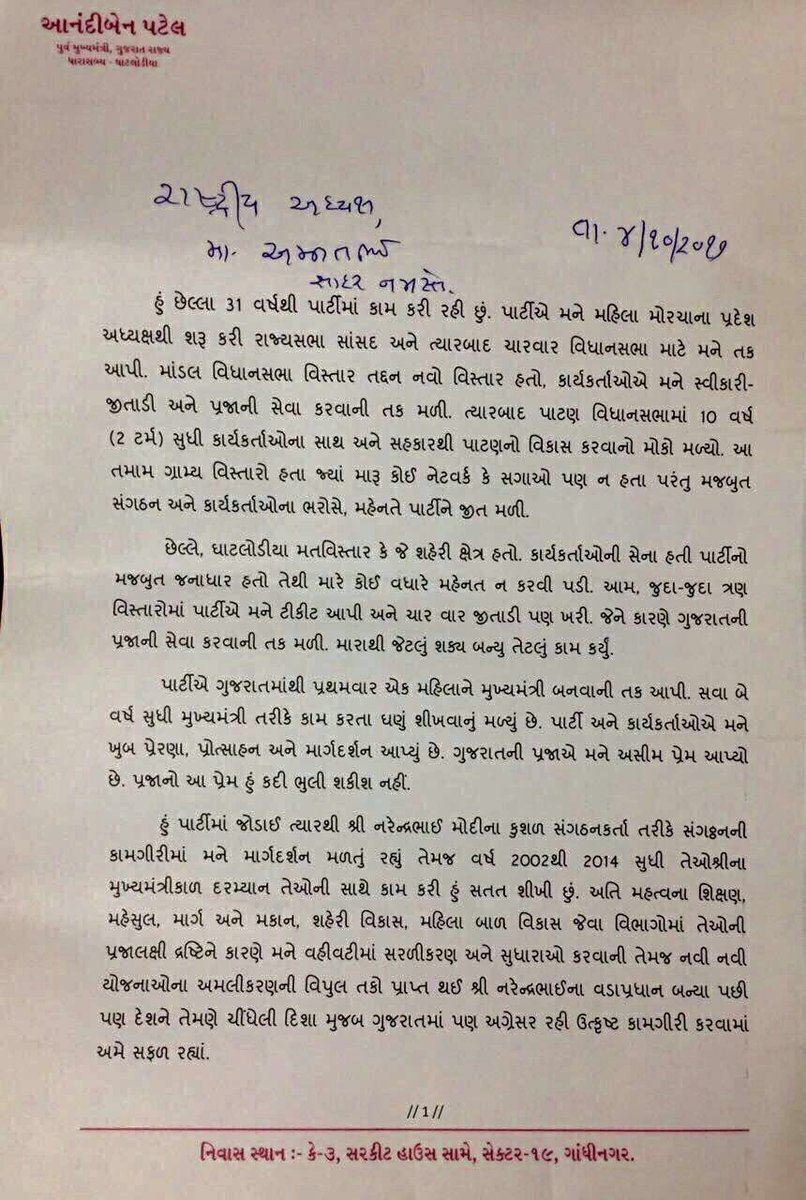 Ahmedabad: Former Gujarat Chief Minister and senior BJP leader Anantiben Patel has conveyed her wish to party that she doesn't want to contest the assembly election this year. Anandiben has formally conveyed this to party in a letter which has been made public. Anandiben is sitting MLA from Ghatlodia assembly constituency in Ahmedabad. Though personally she had not sought ticket to contest against from Ghatlodia seat which is considered one of safest seats for BJP, large number of part...Read More 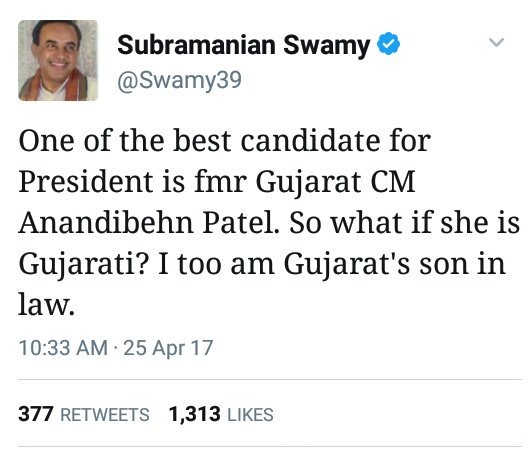 Ahmedabad: BJP leader and Rajya Sabha MP Dr Subramanian Swamy today posted a tweet pitching for former Gujarat Chief Minister Anandiben Patel as Vice President candidate of ruling Bharatiya Janata Party(BJP) led National Democratic Alliance(NDA) in Centre. The election for the posts of President and Vice President are due post June this year. Dr Swamy in his tweet also said he is son in law of Gujarat. It should be mentioned that Dr Swamy is married to a Parsi woman who is from Navsari town ...Read More 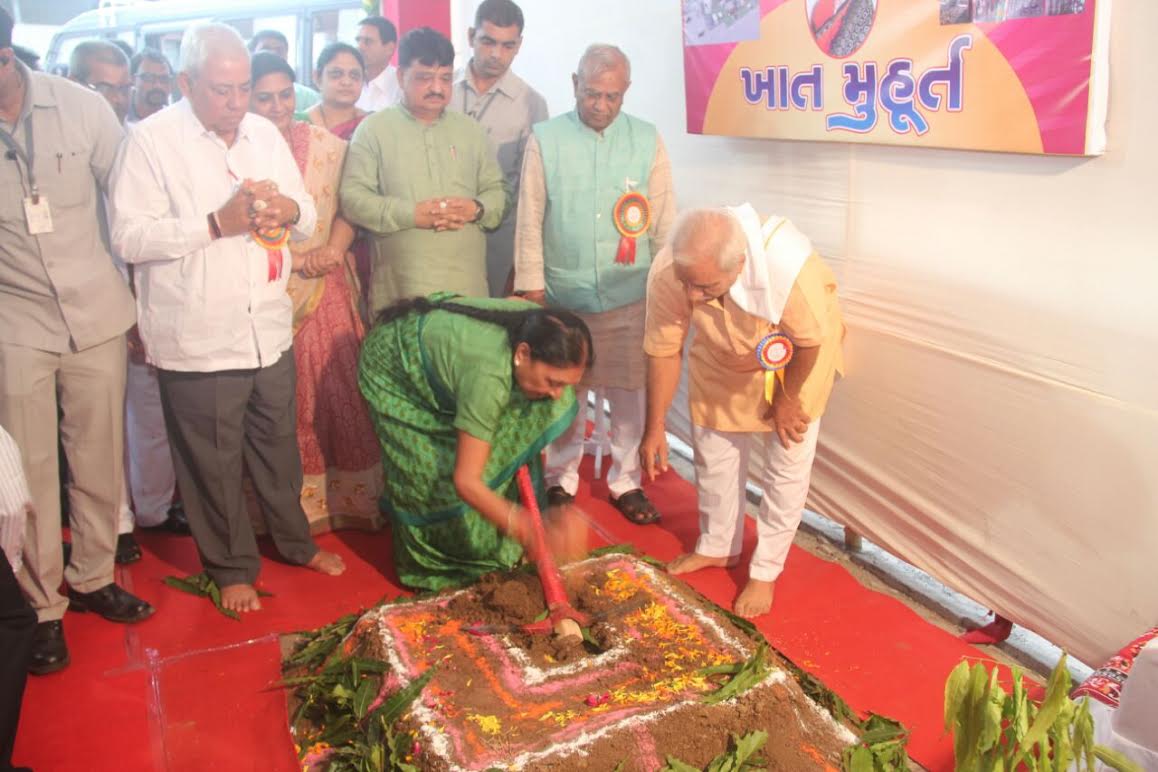 Gandhinagar: Chief Minister Anandiben Patel today reviewed the situation arisen owing to 2 days of heavy rains in the three South Gujarat districts and decided to immediately give Rs 1. 60 crore financial assistance for the two worst affected districts of Valsad and Navsari even as the met department has predicted more spell of heavy rains in South and some part of North Gujarat in next 48 hours. Mrs. Patel, on his last day in the office, talked to collectors of Valsad, Navsari and Dangs...Read More