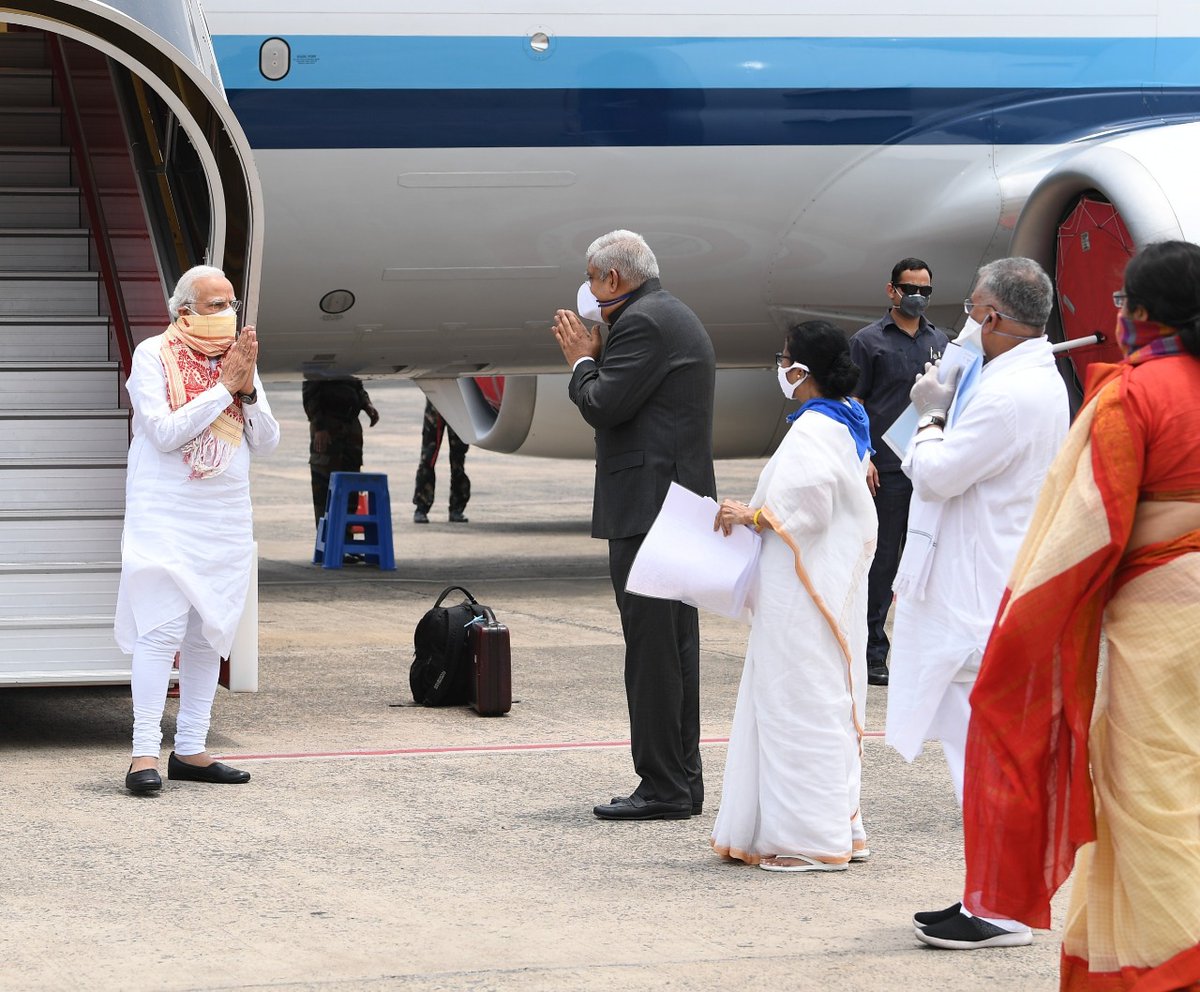 Cyclone Maha further weakens in to deep depression, likely to turn in to a mere depression by evening 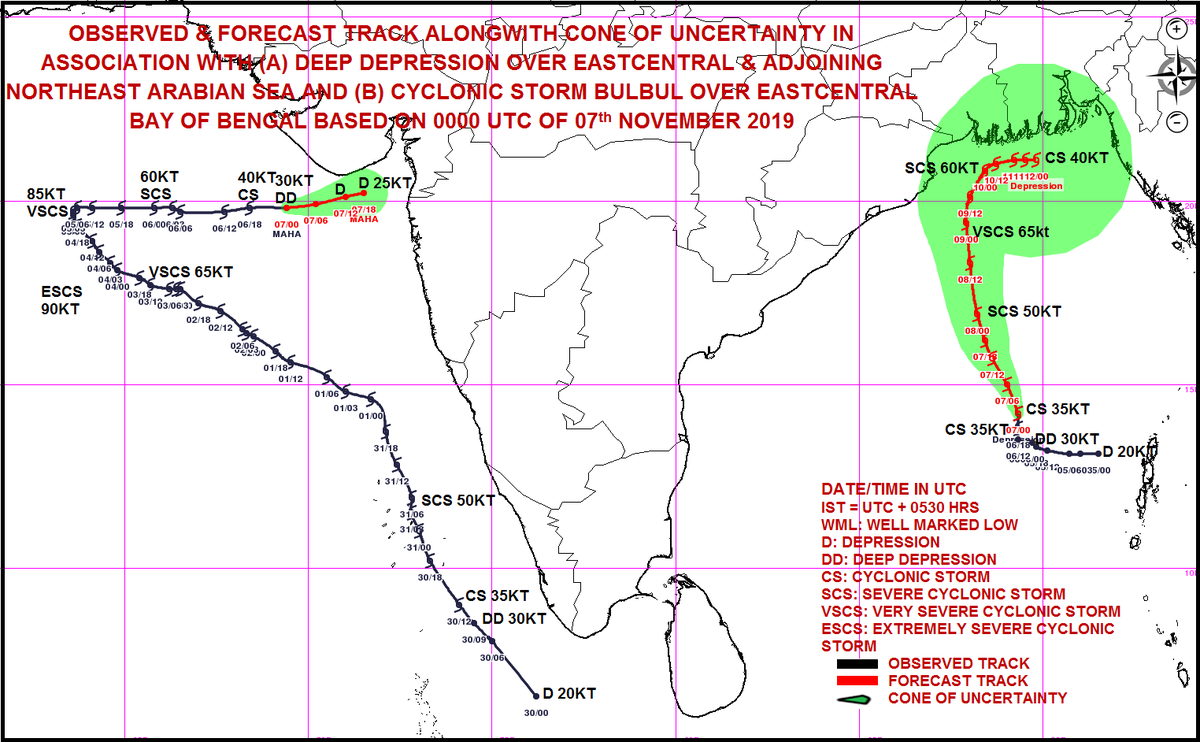 Gandhinagar: Cylonic storm MAHA (Pronounced as M’maha) over East-central & adjoining northeast Arabian sea has further weakened in to a deep depression. According to the latest met bulletin it will further weaken in to a mere depression by this evening. Under its influence light to moderate rain has taken place in 49 talukas of 15 districts in last 24 hours and is taking place in 55 talukas this morning also. While light to moderate rain has been predicted at several pla...Read More

Cyclone Maha not to hit Gujarat coast, weaken in to deep depression while still 40 km away from Diu tomorrow

Gandhinagar: There is seemingly a good news for Gujarat as the Severe cyclonic storm MAHA (Pronounced as M’maha) over west-central & adjoining east-central Arabian sea is weakening quicker than expected and it now was not likely to hit the Gujarat or Diu coast as predicted earlier. IMD center Ahmedabad Director Jayanta Sarkar said that Maha would just skirt the Diu coast and won't touch Saurashtra coast too as it is likely to turn in to a deep depression by tomorrow noon while it w...Read More 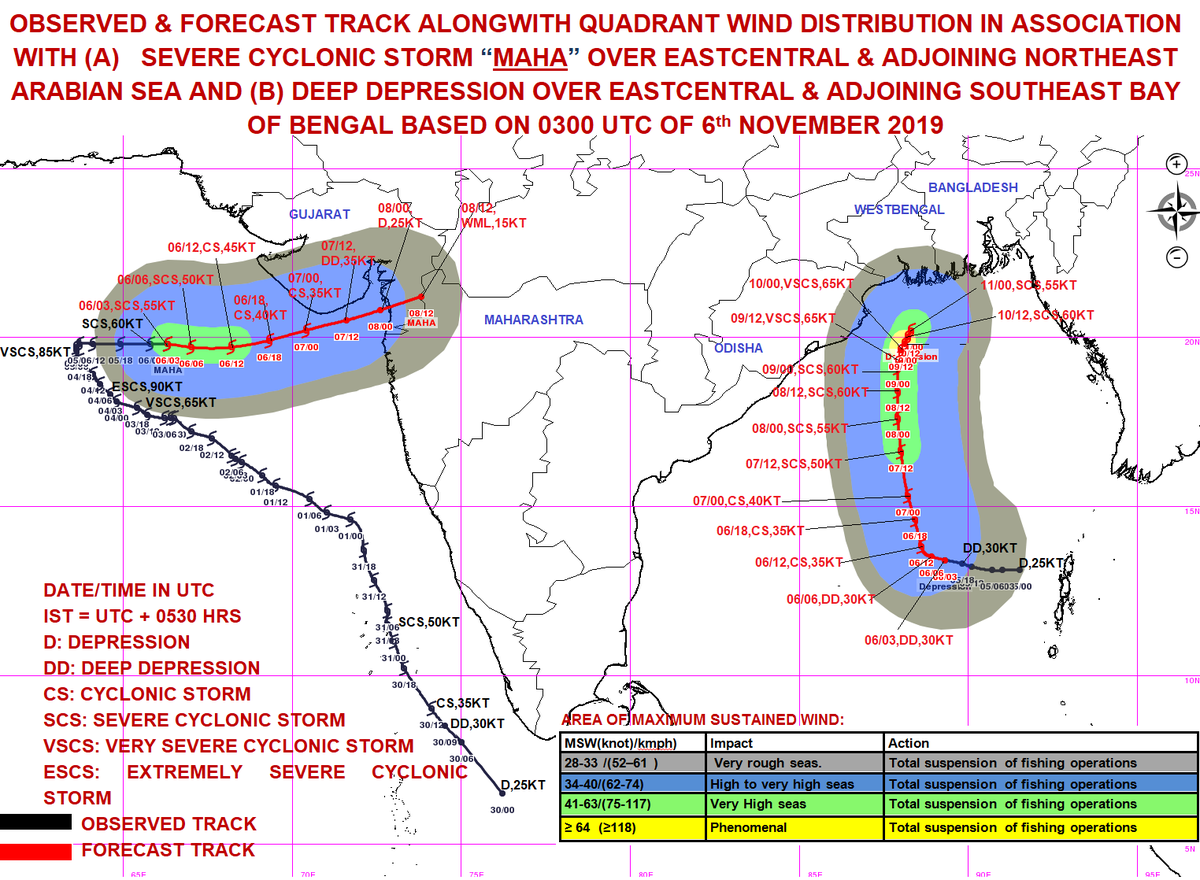 Gandhinagar: Additional Chief Secretary Pankaj Kumar today in a series of tweets said that Maha cyclone is not going to make landfall along Saurashtra coast. He said Maha would skirt Diu. Maha is weakening and would pass Saurashtra coast as deep depression only. Pankaj Kumar further tweeted that rainfall would also be relatively less along Saurashtra as well as South Gujarat coast. He added, 'we are continuously monitoring Maha cyclone. No evacuation is required. Our level of prepare...Read More

MAHA weakens further as it comes closer to Gujarat, at 450 km from Porbandar, likely to make landfall near Diu tomorrow noon

Gandhinagar: The Very severe cyclonic storm MAHA (Pronounced as M’maha) over west-central & adjoining east-central Arabian sea has further weakened in to a Severe Cyclone and was moving towards Gujarat coast at a speed of 15 km per hour. As per the latest met bulletin it lay centered in the sea at a distance of 450 km west south west of Porbandar, 490 WSW of Veraval, 540 WSW of Diu at 0530 am today. It is likely to make a landfall in a further weakened cyclonic storm around Di...Read More 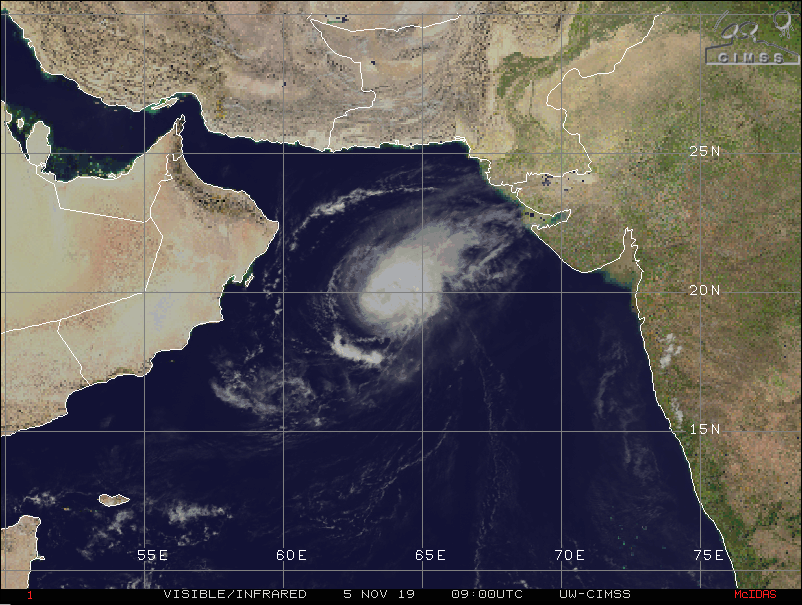 Gandhinagar: The Very severe cyclonic storm MAHA (Pronounced as M’maha) over west-central & adjoining east-central Arabian sea has re-curved towards Gujarat but is likely to weaken rapidly and cross Gujarat coast around Diu as s cyclonic storm with wind speed of 70 to 90 km in morning hours of November 7. The storm was earlier of extreme severe category but has weakened to very severe one. As per the latest official bulletin of the met department Maha moved east-northeastw...Read More Indian Navy gears up for ‘Maha’ cyclone in Gujarat Over 12000 fishing boats of Gujarat return ashore in the wake of Storm Maha, State govt. appeals people to not to panic

Gandhinagar: In the wake of cyclonic storm Maha in Arabian sea, almost all of the more than 12000 fishing boats which had ventured in to the sea along Gujarat coast for fishing have returned. Additional Chief Secretary of the Revenue Department of Gujarat government Pankaj Kumar today informed. He said that around 12600 boats had gone in to the sea and almost 12000 have returned so far and the remaining were also likely to come back by today evening. He said that t...Read More

Gandhinagar:The Extremely Severe Cyclonic Storm MAHA (Pronounced as M’maha) over east-central & adjoining west-central Arabian Sea is very likely to cross Gujarat coast between Diu and Porbandar as a somewhat weakened Cyclonic Storm with a maximum sustained wind speed of 80-90Kmph gusting to 100Kmph by early hours of November 7 causing heavy to very heavy rain at several places and damage to crops, coastal roads and kutcha houses was also very likely, according to the latest observations...Read More