Gandhidham: A fisherman has found a banned satellite phone of In-mar brand from an island close to Kandla port in Kutch district of Gujarat, Police said today. SP East-Kutch Parikshita Rathod today said that the fisherman who had gone to the island close to under-construction Navlakhi channel for fishing had found the phone packed inside a thermocol packing a few days back. He took it as a normal phone but when he went to a mobile shop for putting a sim inside it,he came to know tha...Read More 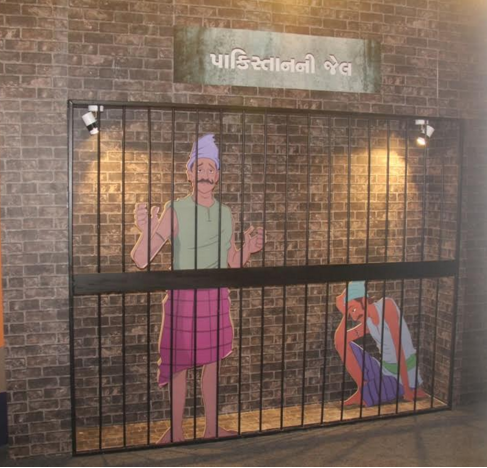 Porbandar: The Pakistan Marine Security Agency has captured 4 Indian boats with 22 fishermen aboard near International Maritime Border Line (IMBL), off the Jakhau coast in Gujarat. An office bearer of the Gujarat Marine Fisheries Society today said that the boats were from Okha and Porbandar and had ventured in to the sea to catch fish yesterday. They were captured from near the IMBL, the imaginary boundary between the territorial waters of the two countries. Desh...Read More 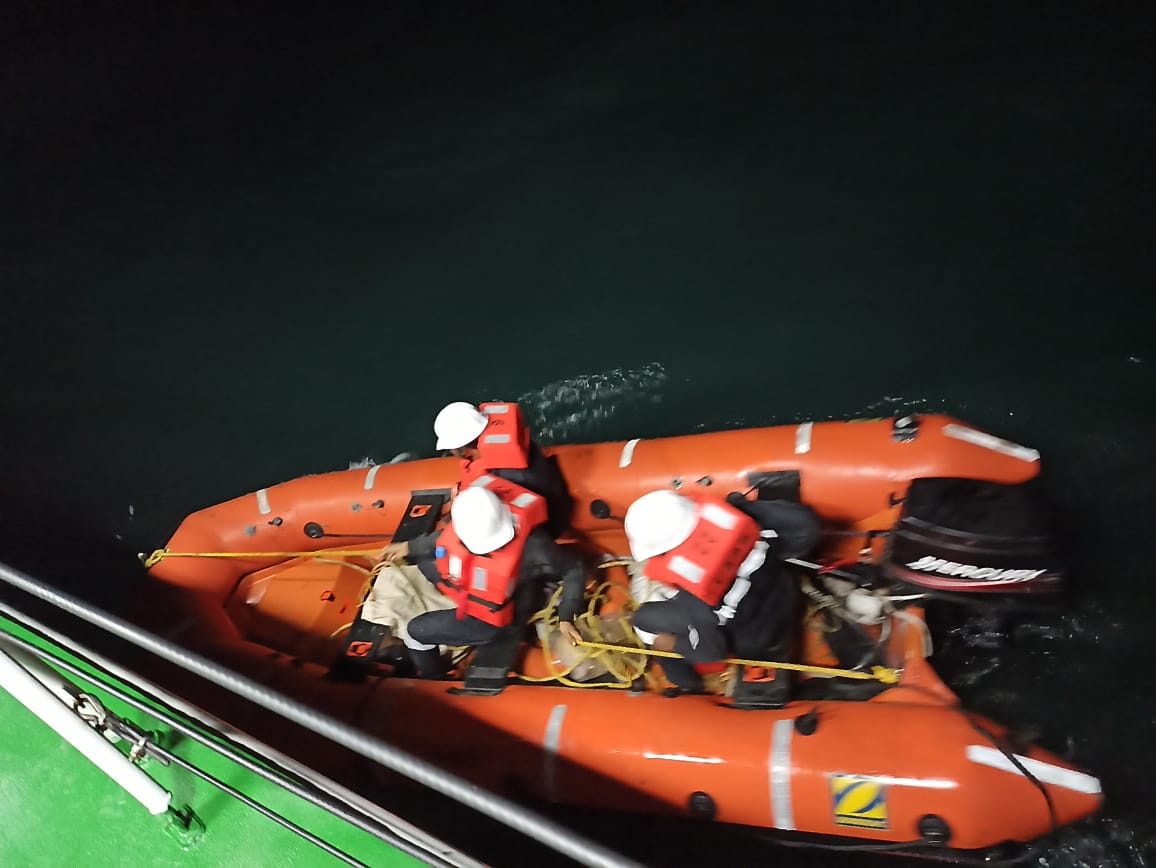 Porbandar: In a swift operation during dark hours on 21 Dec 19, Indian Coast Guard rescued a fishing boat Vismita with onboard flooding. A distress call was received by Coast Guard Operations Centre, Porbandar at about 1910 hrs from Fishing Boat Vismita with 06 fishermen onboard. The boat was flooding and its engines had stopped working approx 24 Nautical miles from Porbandar. Coast Guard ship C-445 on routine patrolling was immediately diverted to render assistance to the distressed boat. Th...Read More

Veraval:At least 3 fishermen died, one went missing and over 18 were rescued when 4 boats capsized at two different places in the Arabian sea off Saurashtra coast in Gujarat today. Police said that in the first incident three boats with over 15 fishermen of Rajapara of Gir Somnath district on board capsized in the sea in the wee hours today at around 25 nautical miles away from Rajapara port. All the other fishermen were somehow rescued but four went missing. The bodies of 3 of them was ...Read More Bhuj:The Border Security Force (BSF) has found an abandoned Pakistani fishing boat from Haraminala in creek area adjoining Kutch district in Gujarat. BSF sources said that the boat was found late last night during patrolling. Prima facie it seemed to be a fishing boat and nothing suspicious has been found on it. The BSF has started search operation in the area. Detailed investigation was on. Finding such boats in the seafood rich marshy creek area is not unusual as ...Read More 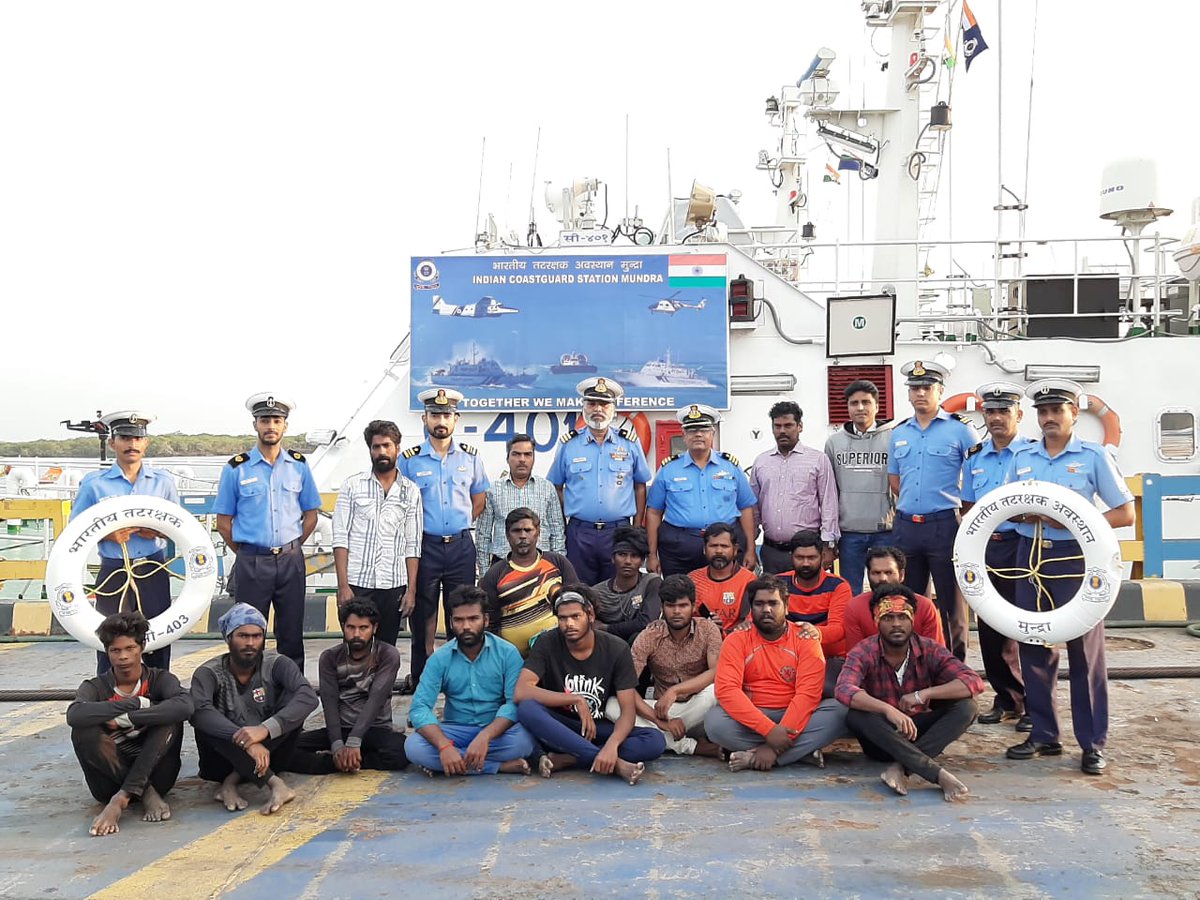 New Delhi: Around 22 Indian Fishing Boats carrying 264 Indian Fishermen from various parts of southern states were caught in cyclonic low depression off Lakshadweep. These boats had gone out to sea for fishing in the first week of Nov 19 and were stranded since early morning of 02 Dec 19. On receipt of this information, Maritime Rescue Coordinating Centre (MRCC), Mumbai immediately informed all merchant vessel transiting through that area by e-mail and other means for providing assistance. S...Read More

Porbandar: Pakistan Marine Security Agency has captured 3 Indian boats with around 18 fishermen aboard near International Marine Border Line (IMBL) off the Jakhau coast of Kutch district of Gujarat. President of the Gujarat Marine Fisheries Socieity Manish Lodhari today said that one of the captured boats Neelkanth belonged to Mangrol, the other one named Makhdum had ventured into the sea from Okha while the third one named Hasam Qaram was from Salaya. The boats were caught by P...Read More

Over 12000 fishing boats of Gujarat return ashore in the wake of Storm Maha, State govt. appeals people to not to panic

Gandhinagar: In the wake of cyclonic storm Maha in Arabian sea, almost all of the more than 12000 fishing boats which had ventured in to the sea along Gujarat coast for fishing have returned. Additional Chief Secretary of the Revenue Department of Gujarat government Pankaj Kumar today informed. He said that around 12600 boats had gone in to the sea and almost 12000 have returned so far and the remaining were also likely to come back by today evening. He said that t...Read More

Bhuj: Close on heels of the recovery of two abandoned Pakistani boats, the Border Security Force (BSF) today recovered five more such fishing boats Haraminala in creek area near Pakistan border in Kutch district of Gujarat. A BSF officer today said that a patrol team of the force recovered the five boats. There was nothing suspicious in them and only some fishing equipment, nets, icebox and clothes were recovered from these small motor fitted boats which the Pakistani fishermen use for secret...Read More