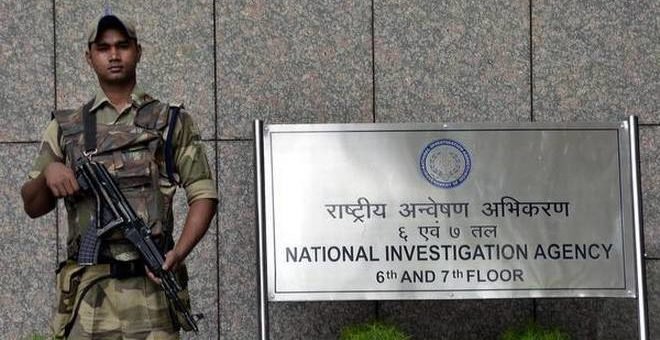 Attack on police in Godhra town

Godhra: Locals in Guhya mohalla close to Polan Bazaar area of Godhra town in Panchmahal district of Central Gujarat on Thursday evening pelted stones and threw chairs over police force. Police lobbed five tear gas shells to control the mob after which peace was restored. One police inspector is minorly injured in this incident. Police have detained 8 persons. Police team was in Guhya mohalla for sealing of entry of Covid19 containment zone with barricades. On Thursday, ward number 3 , 6 and 9...Read More 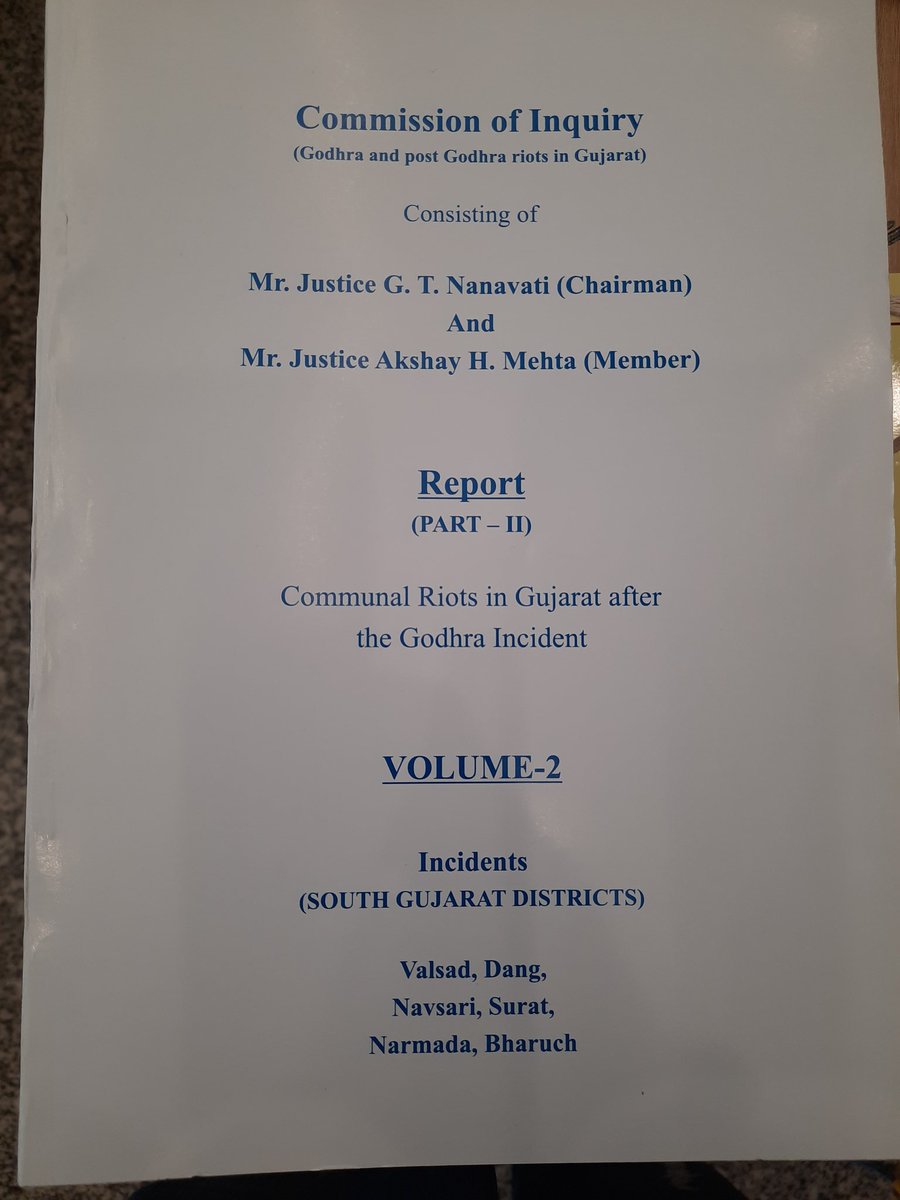 Gandhinagar: Narendra Modi, the then Chief Minister of Gujarat, got the clean chit in the 2002 riots in the final report of the Nanavati and Maheta Commission today. The part B of the Commission’s report, which was tabled in the Gujarat state Assembly, said that the “riots were not organised”. The report said that the facts presented by senior police officers namely RB Shrikumar, Rahul Sharma and Sanjiv Bhatt were also investigated. The report said that then Chief Minister Modi vi...Read More 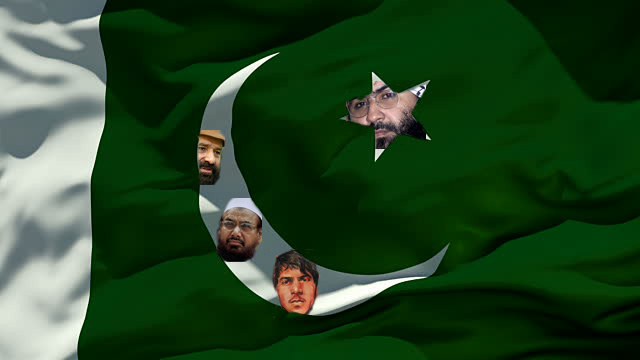 Godhra: Stuck in Karachi in Pakistan after suspension of the Samjhauta Express and Thar Express, 26 Muslim from Godhra in Gujarat returned to India on Saturday via the Wagah border. Around 50 people including children and women from Godhra in Panchmahal district of Gujarat had to extend their stay in Karachi in Pakistan by around two weeks due to the suspension of train link between the two countries. They had gone to Karachi to meet our relatives on July 25, and were scheduled to return on A...Read More

Ahmedabad: A special court here today awarded life sentence to another accused of the incident of burning of S 6 coach of Sabarmati Express train in Godhara of central Gujarat on February 27, 2002 a day after which state wide riots started in the western state that year. 59 people returning from Ayodhya were killed in the train burning incident. Yakub Pataliya (62) was nabbed by a police from Vachala Odha locality of in his home-twon Godhara in Panchmahal district in Januar...Read More

Godhra to have a city bus service from March 3

Godhra: District headquarters Godhra will have city bus service operational with effect from 3rd March. On experimental basis, the service will start with one 30-seater bus on five routes. The first station on each of five routes shall be a railway station. The service has been planned under public private partnership model. Godhra had its city bus service a few years ago. It was operated by Gujarat State Road Transport Corporation (GSRTC). The service was later discontinued due to viability rea...Read More

Rahul Baba and Mrs Vadra should say whether Congress was in favour of Ram temple in Ayodhya or not: Amit Shah Godhara: BJP president Amit Shah today said that his party has no confusion on Ayodhya issue as it categorically believes that a grand temple should be built at the earliest at the birth place of Lord Ram there. He however asked Congress President Rahul Gandhi and his sister and party general secretary Priyanka Gandhi Vadra to make it clear whether they and their party was in favour of the temple in Ayodhya or not. Addressing the cluster meeting of the party workers from thre...Read More

Godhara:The Anti Corruption Bureau (ACB) of Gujarat police today nabbed a grade-1 auditor in the audit department here taking bribe of Rs 7000 from the office bearer of a cooperative in Godhara city of Panchmahal district in East-central Gujarat . Police said that Auditor Pradipchandra S Parmar had demanded the bribe for the annual audit report of a cooperative society here associated with the production of fruits and vegetables. Based on a complaint he was nabbed near his resid...Read More

Godhara: At last five people injured in a communal clash in Godhara town of Panchmahal district in central Gujarat last evening. Police had to resort to tear gas shelling to disperse the mob involved in stone-pelting. PI of Godhara B division M C Sangtyani today said that the incident flared up after an altercation between one Shaileshbhai and one Mohsin Sikandar in Khadi Faliya area of the town. Shailesh who was in his auto-rickshaw had asked Mohsin to remov...Read More 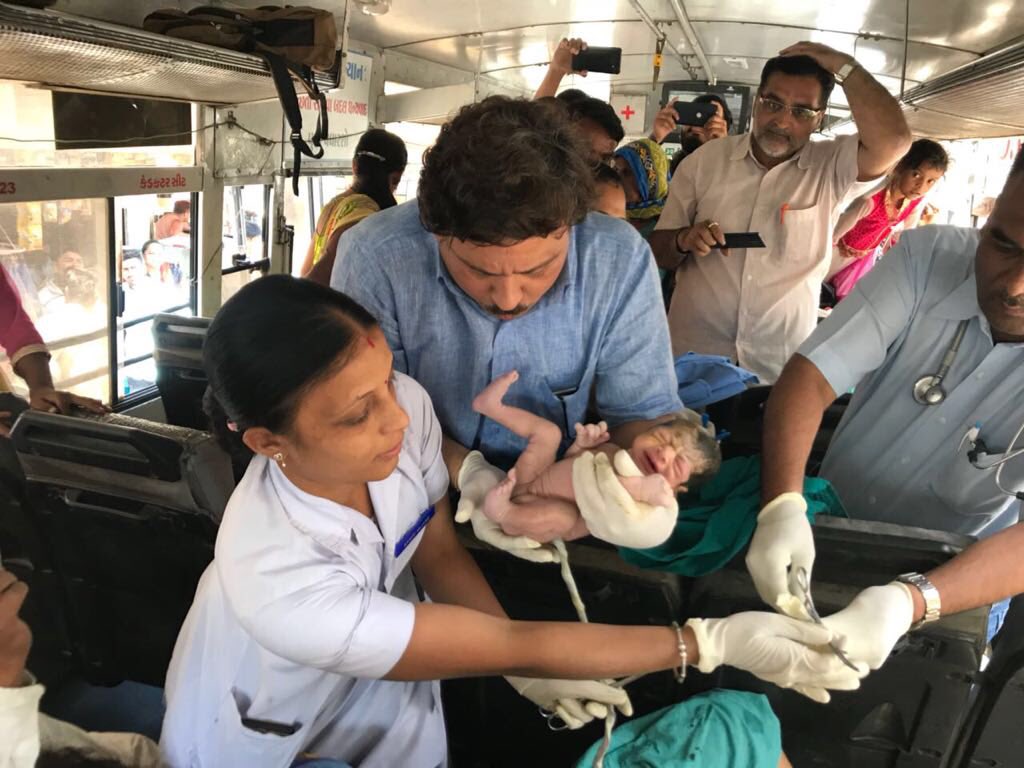 Godhra: It was a unique incident of birth in State Transport bus. The incident took place in district headquarters Godhra in Central Gujarat. A bus of Gujarat Start Road Transport Corporation(GSRTC) was going from Rajpipla to Fatepura when a pregnant tribal passenger Dhuriben Damor experienced labour pain. The bus driver taking cognizance of matter drove the bus to local Civil hospital. The hospital was meanwhile informed about this. As soon as the bus arrive in Civil hospital compo...Read More