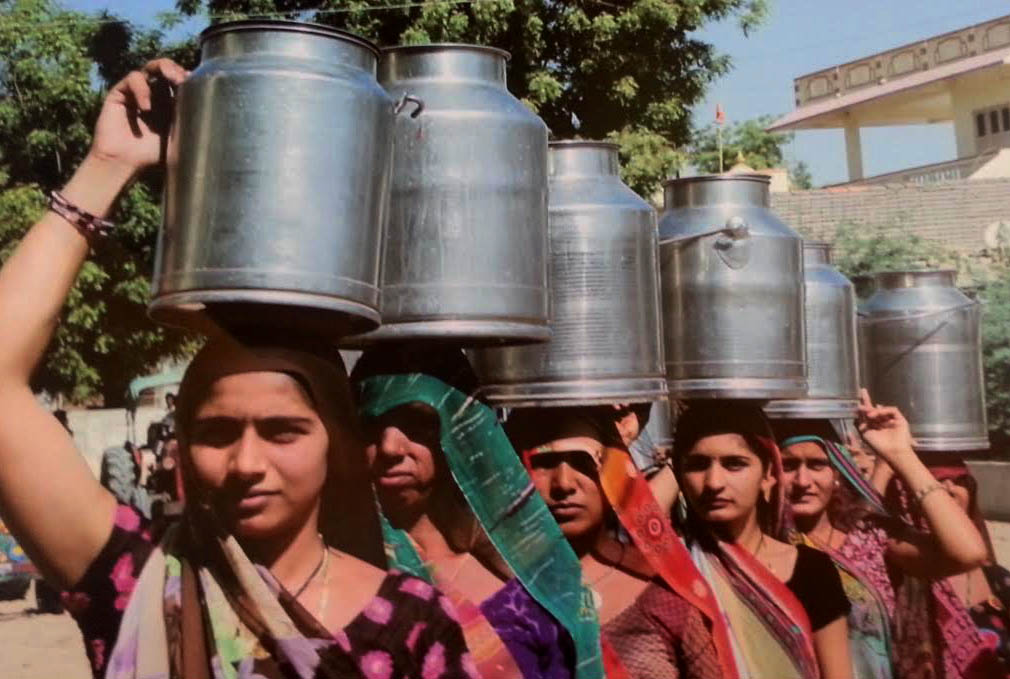 Anand: Milk major Amul today in a note said it has filed legal notice against Google India in connection with misleading Google Search ads. Following is the note by Amul in full text: GCMMF - Amul has issued a legal notice to Google India Pvt. India on January 10th, 2019, as they have benefited from Google Search advertising campaigns which are being misused to scam innocent individuals in the name of Amul in India. A series of fake B2B campaigns regarding Amul Parlors, Distributors have...Read More

Gandhinagar: Google India today singed a multi faceted MoU with Gujarat government which among other things will pave the way for large-scale digital and internet literacy specially among the rural woman folk and creating a digital collection of the history, architecture and cultural heritage of the state. The MoU was singed here in presence of Chetan Krishnaswamy, Director (Public Policy), Google India and Chief Secretary J N Singh. The Principal secretaries of Tourism, Labour-Emplo...Read More

Mumbai Railway Minister Suresh Prabhu today launched a free high-speed public Wi-Fi service in collaboration with technology giant Google at Mumbai Central here, the first station in the country to get such facility. Terming the facility as "world class", Prabhu said around 100 busiest stations across the country will be brought under the free public Wi-Fi service by this year-end, making it the world's largest such project. "When I proposed the full-fledged (Railway) budget last year,...Read More

New Delhi Tech giant Google has this week launched a lane guidance feature for its Maps on Android and iOS devices in India offering users voice-guided instructions signalling the lane they should stay in or move while navigating. Google currently offers lane guidance in more than 10 countries globally, including the US, Canada and Japan. The service, which will be available for 20 cities in the country to begin with, will be available on Google Maps app fo...Read More

Narendra Modi most searched personality on Google in 2014

Bengaluru Prime Minister Narendra Modi is the most searched personality-cum-politician in the virtual world this year, global search engine Google said Tuesday. "Modi is one of the top most searched personalities this year, even ahead of Bollywood stars Salman Khan and Katrina Kaif, making him the first politician to gain more popularity than film celebrities on the web," Google India said in a statement here. The company's "Year in Search" lists this y...Read More

New Delhi,(IANS) December 10, 2014 The Great Online Shopping Festival (GOSF) that started from Dec 10 midnight saw huge traction and the users traffic on the first day surpassed the overall users number of 2 million it saw last year, Google India said Wednesday. "From 12 midnight yesterday to evening of the first day (Wednesday), we have already surpassed the overall users we had received through last year's, four-day event. This signifies the increased consumer confid...Read More

Narendra Modi is the most searched Indian politician on the internet

New Delhi, 8 October 2013 BJP's prime ministerial candidate Narendra Modi is the most searched Indian politician on the internet, according to a survey released by internet giant Google. Modi is followed by Congress leaders Rahul Gandhi, Sonia Gandhi, Manmohan Singh and Aam Admi Party founder Arvind Kejriwal. The survey has also revealed that the BJP is the most searched political party on the Internet. It is followed by Congress, AAP, BSP and the Shiv Sena. The soci...Read More

Ahmedabad, 26 November, 2011 In this video, Google India Managing Director Rajan Anandan addresses the students of IIM Ahmedabad(IIMA) and other local management institutes at RJMCI auditorium of IIMA campus in Ahmedabad, Gujarat on first day of Confluence 2011 on 25 November, 2011. Rajan Anandan in his speech talks about next trends in the area of technology in India. He enthusiastically covers recent and next trends in internet and mobile technology related area in his speech wi...Read More

Ahmedabad, 25 November, 2011 "About 40 per cent search queries on Google India comes from mobile phones today as against US (14), UK (6) and Russia (11)," said Rajan Anandan, Managing Director of Google India speaking at Indian Institute of Management, Ahmedabad's Confluence 2011 summit. "Mobile Internet fastest growing vertical," he further said. According to Anandan, about 67 per cent of e-commerce in India happens in mobile and consumer appliances. "The Web 1.0 and 2.0 is ...Read More