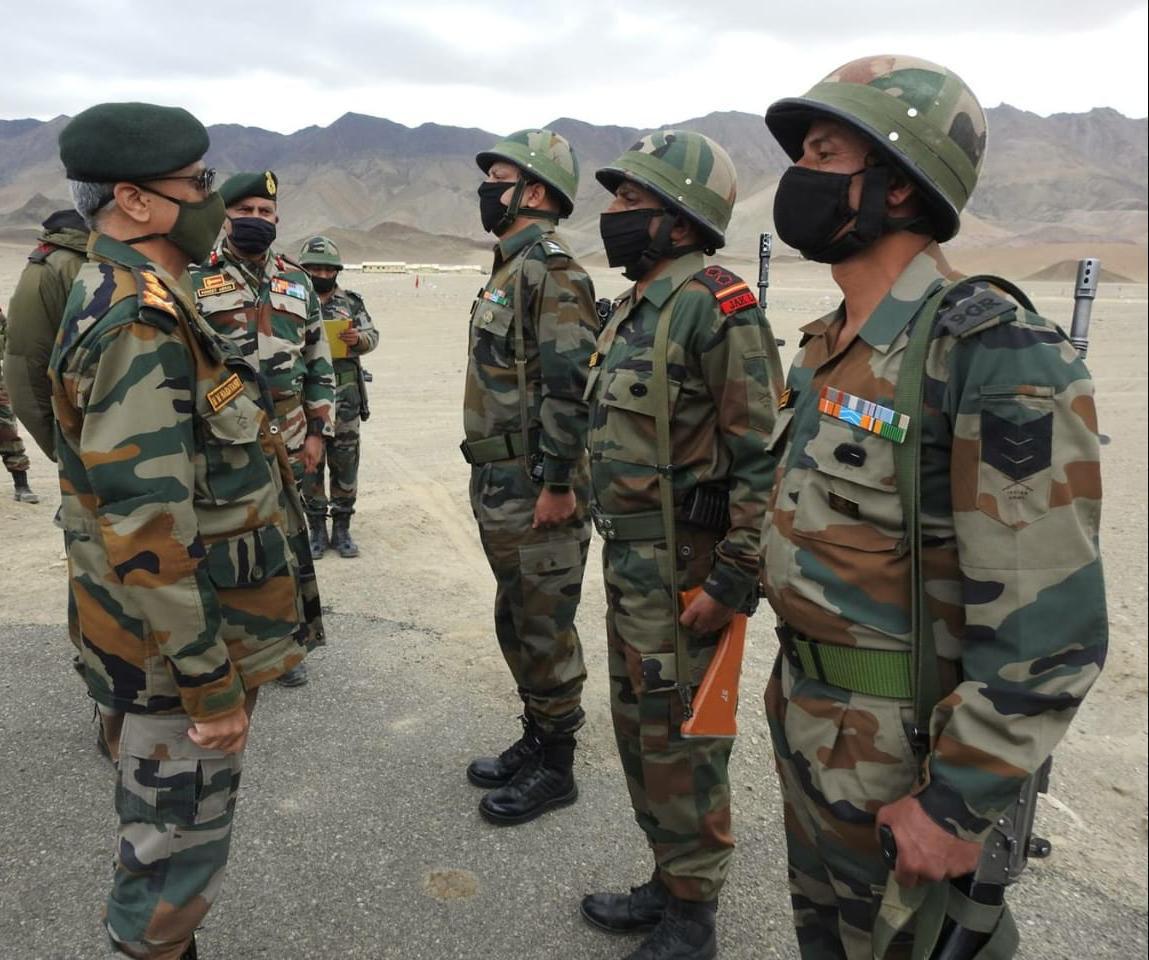 Srinagar: The Chief of the Army Staff, General MM Naravane concluded a two day visit to Leh today. The COAS arrived at Leh on 03 September 2020 and proceeded to forward areas to undertake a firsthand assessment of the situation along the LAC. The COAS interacted with soldiers and local commanders deployed in difficult High Altitude forward areas. He appreciated their high morale and standards of professionalism exhibited by the units in safeguarding own territorial integrity. The COAS urged all ...Read More

Ahmedabad: Mortal remains of Army jawan sepoy Rajnish Patni arrived at hometown Ahmedabad by air today morning. He was given Military honours as per Standard Operating Procedure (SOP) at the airport by Army. Patni was working in EME battalion in Meerut. He died of cardiac arrest. Read More 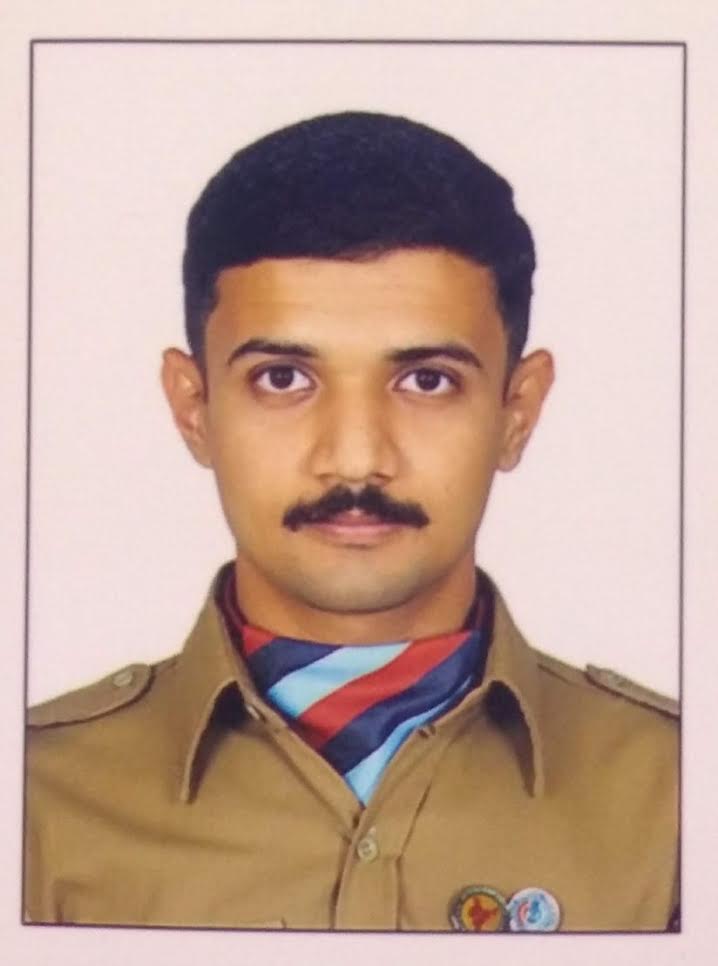 Gandhinagar: Two NCC cadets Swapnil K Gulale of Surat & Jayduttsinh P Sarvaiya of Bhavnagar have been selected to join Army & Air Force respectively as officers. Swapnil joined through NCC Special Entry Scheme which allows the cadets to report directly for the interview on account of holding a NCC ‘C’ certificate with A/B grading whereas Jayduttsinh cracked AFCAT written exam for becoming an Aeronautical Engineer in Indian Air Force. Both cadets will join for gruelling training at thei...Read More 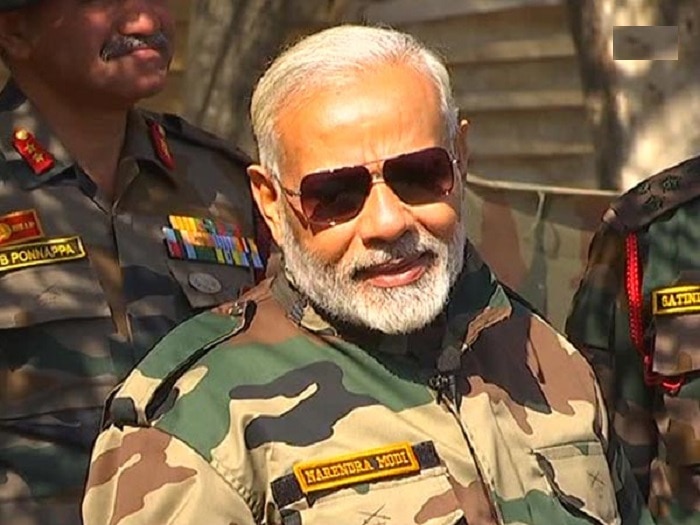 New Delhi: The Modi Government in the Centre has kick-off the work on the construction of  National War Museum at the India Gate hexagon in New Delhi to showcase India's rich military heritage, reports Hindustan Times. The overall construction of the project will cost Rs 450 crore, and a total of 10.71 acres of land has been allotted for the project. The museum will have underground connectivity with the iconic National War Memorial which had been dedicated to the nation by Prime Mi...Read More 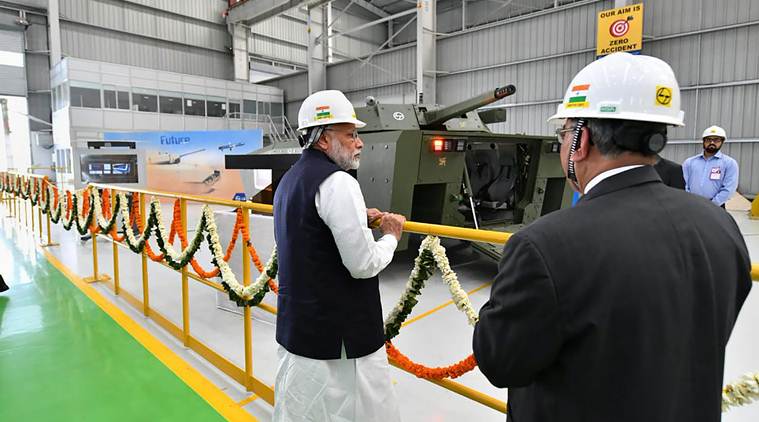 New Delhi: Prime Minister Shri Narendra Modi in his address to the Nation on May 12, 2020 had given a clarion call for a self-reliant India based on the five pillars, i.e., Economy, Infrastructure, System, Demography & Demand and announced a special economic package for Self-Reliant India named ‘Atamnirbhar Bharat’. Taking cue from that evocation, the Department of Military Affairs (DMA), Ministry of Defence (MoD) has prepared a list of 101 items for which there would be an embargo on th...Read More

New Delhi: Indian Army will buy an additional 72,000 Sig Sauer assault rifles from America, reports suggest. According to reports quoting sources, the Sig Sauer rifles are being bought to meet the army’s requirement of a total of 8 lakh assault rifles for gradual replacement of the flaw-ridden 5.56mm INSAS (Indian Small Arms System) rifles inducted around 22 years ago.The remaining requirements of the army will be met through a Make in India project for the local production of AK-203 assaul...Read More Leh: Prime Minister Shri Narendra Modi travelled to Nimu in Ladakh to interact with Indian troops earlier today. Nimu is surrounded by the Zanskar range and is on the banks of river Indus. The Prime Minister met the top leadership of the Indian Army and later interacted with personnel of the Army, Air Force and ITBP. Tribute to the valour of the soldiers Prime Minister paid rich tributes to the valour of our Armed Forces, stating that their courage and devotion to Mother India is unpar...Read More

New Delhi: Defence Acquisition Council (DAC) in its meeting today held under the chairmanship of Raksha Mantri Shri Rajnath Singh accorded approval for capital acquisition of Rs 38,900 crore platforms and equipment required by the Indian Armed Forces. Addressing the long felt need of the IAF to increase its fighter squadrons, the DAC approved the proposal for procurement of 21 MIG-29 along with upgradation of existing 59 MIG-29 aircraft and procurement of 12 Su-30 MKI aircraft. While the MIG...Read More

PM’s remarks on the situation in India-China Border areas

New Delhi: Prime Minister Narendra Modi on Wednesday assured the nation that the sacrifice of 20 Indian soldiers, who died in a violent face-off with the Chinese troops in the Galwan valley, will not go in vain. He also said that India wants peace but is capable of giving a befitting reply, if instigated. On the second day of virtual meeting with the several chief ministers on COVID-19 situation, the Prime Minister said, “I would like to assure the nation that the sacrifice of our ja...Read More

New Delhi: Indian troops in retaliatory action hit at least three launch pads at Line of Control (LoC) in Pakistan Occupied Kashmir (POK) after Pakistani troops violated ceasefire and resorted to indiscriminate firing early Sunday morning in which two soldiers and a civilian were killed and three villagers were injured in Tangdhar sector in the frontier district of Kupwara. Official sources told UNI that the Indian troops used Artillery guns to target militant launch pads near LoC from this s...Read More