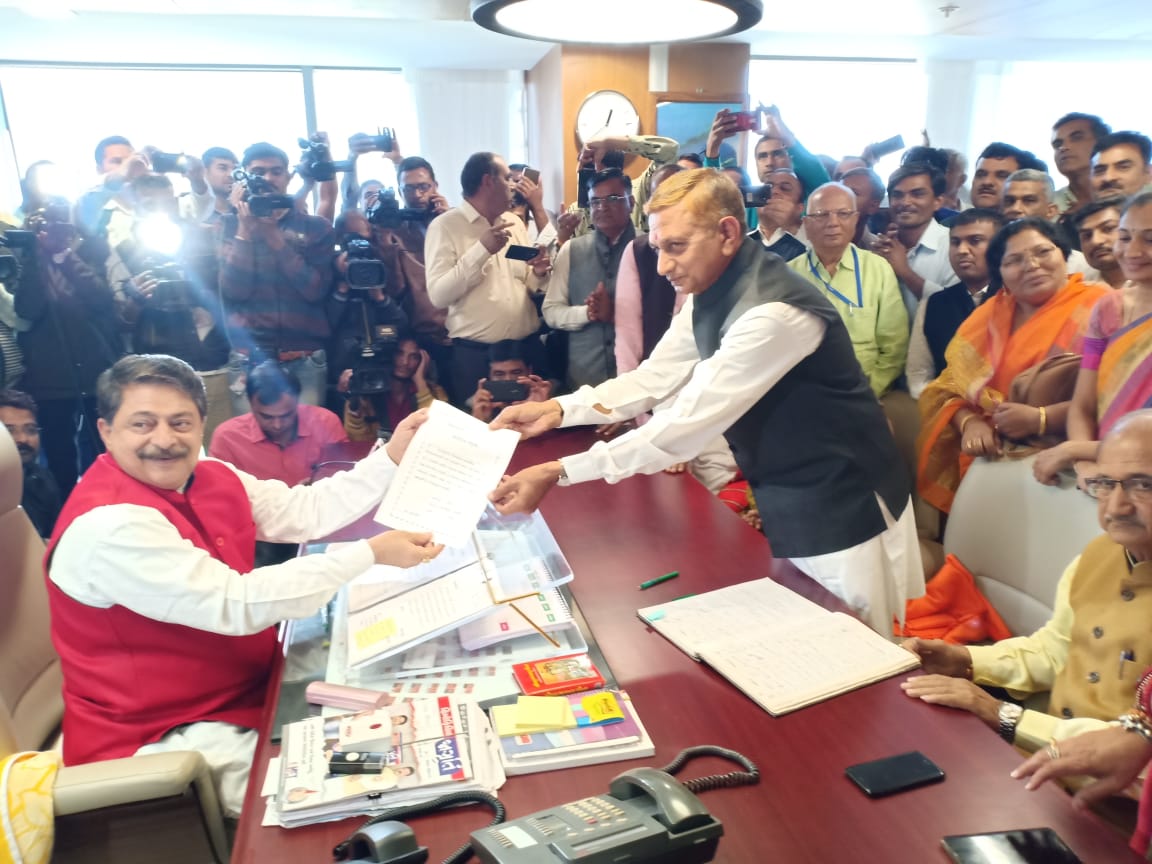 Gandhinagar: Gujarat Minister Kunvarji Bavaliya today took oath as BJP MLA here after his recent win in Jasdan assembly by-poll. Assembly speaker Rajendra Trivedi administered oath to the sixth time MLA in his chamber in the assembly here at 1239pm (Vijay Muhurt). Various leaders of BJP including senior ministers like Kaushik Patel, Bhupendra Chudasama, Vasanbhai Ahir were present on the occasion. Bavaliya who had resigned from Congress and Jasdan seat in July this year (du...Read More 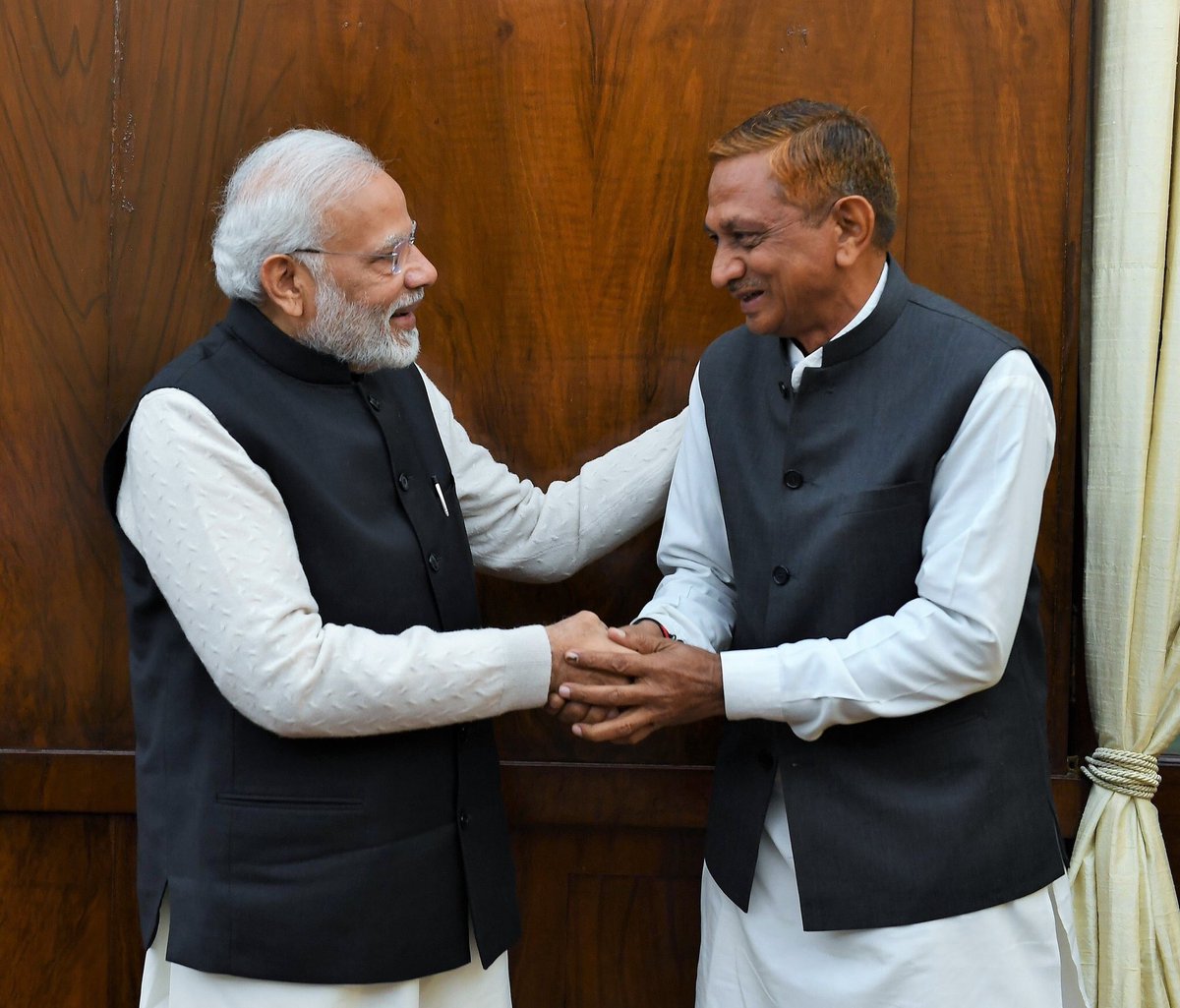 Gandhinagar: Cabinet minister Kunvarji Bavaliya today said he is not going to contest the Lok Sabha election this year. He said his impact will be felt on 16 of total 26 Lok Sabha seats in Gujarat. He said some Congress leaders were in his contact and they wished to join BJP. Bavaliya said this after returning from Delhi. Bavaliya yesterday cancelled his scheduled engagements in his constituency town Vinchhiya and left for Delhi to meet Prime Minister Narendra Modi. The Prime Minister tw...Read More 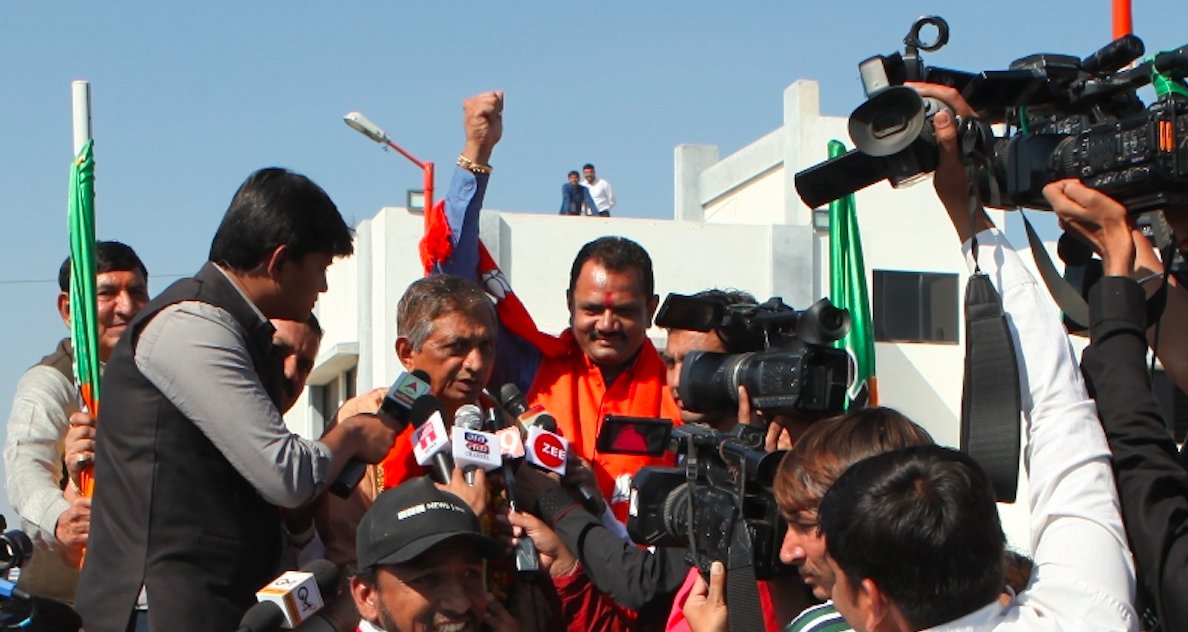 By Japan K Pathak Gandhinagar: There were several perceptions that were hurting the image and prospects of BJP in recent times in Gujarat. Some of them are listed here. Perceptions: - BJP is weak in rural areas of Gujarat, - BJP is weak particularly in rural Saurashtra, - Patel voters are yet not entirely happy with BJP, - Farmers are against BJP - Those who leave Congress and join BJP are mostly defeated by voters in election Such perceptions went lauder day-by-day...Read More

BJP gets more votes in village where Hardik Patel campaigned, Nakia trailing in own village

Rajkot: Some vocal indicative points emerging from BJP candidate's Jasdan by-poll victory: Congress aide and quota agitation leader Hardik Patel had addressed a public meeting in Rupavati village in attempt to damage BJP and benefit Congress. BJP has emerged leading party in this village with margin of 300 votes. At Kamalpur village, which belongs to another Patidar quota agitation leader Dinesh Bambhania, BJP candidate has emerged ahead of rival Congress candidate by margin of 700 votes....Read More 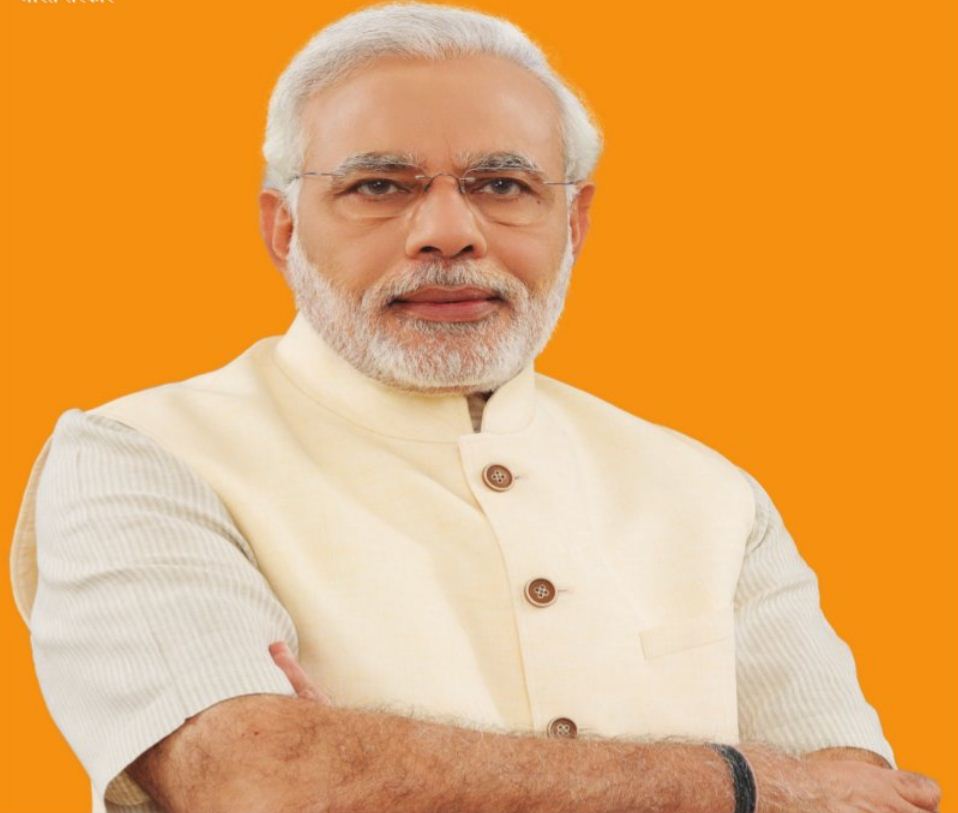 Gandhinagar: Prime Minister Narendra Modi today congratulated Jasdan by-poll winning candidate, BJP leader and State minister Kunvarji Bavaliya, the people of Gujarat, Chief Minister Vijay Rupani and State BJP. The Prime Minister in his tweet said: I thank the people of Jasdan for blessing the BJP and supporting the Party's development agenda. Congratulations to Kunvarjibhai Bavaliya for the victory. Kudos to the @BJP4Gujarat team, CM @vijayrupanibjp and @jitu_vaghani for their eff...Read More

Jasdan: Congress candidate Avsar Nakia who lost by-poll against his 'Guru' and rival BJP candidate Kunvarji Bavalia today blamed rigging in electronic voting machines(EVMs) for his defeat. Nakia told this to media persons when he stepped out of the counting hall early, seeing his clear defeat during later stage of counting. Nakia when asked to react why he had received lesser number of vote even in his own district panchayat seat constituency, said he received votes from across communities. ...Read More

Gandhinagar: Reacting to BJP's victory in Jasdan by-election, Gujarat Chief Minister Vijay Rupani in his media address at State party headquarters Kamalam here pointed out that: - BJP candidate has won with double margin this time compared to his previous victory a year ago as Congress candidate. - BJP candidate was ahead of his rival across all the rounds of counting of votes. This indicates that BJP candidate won across all the sections, communities and areas. - Jasdan is majorl...Read More Jasdan: BJP candidate and Gujarat Minister Kunvarji Bavaliya today defeated his nearest rival of Congress Avsar Nakiya in Jasdan Assembly bypoll by a margin of 19,985 votes. Chief Electoral officer of Gujarat S Murali Krishna stated that at the end of the counting of votes today, Bavaliya got 90268 votes while his nearest rival Nakiya could get only 73,283 votes. 2,146 votes were under NOTA. Bavaliya, a five time former MLA from Jasdan due to whose resignation from Congress as well as the ...Read More

Jasdan: Counting for Jasdan assembly seat by-election is underway. BJP candidate and State candidate Kunvarji Bavaliya is enjoying lead over his rival Congress candidate Avsar Nakia consistently since postal ballot counting. Counting is continuing and it will complete after 19 rounds. Bavaliya was elected on this seat in general elections of Gujarat assembly in December 2017. He resigned from Congress and also as MLA early this year and joined BJP. He was soon made cabinet minister. A by-poll wa...Read More

Jasdan: The counting for Jasdan by-poll in Gujarat would be held here tomorrow amid tight security. A total of 71.23% of the total 2,32,616 voters of this constituency had exercised their franchise on December 20 during the by poll. Returning Officer Amit H Chaudhary today said that the counting would be held in Model school in here. It will begin at 8 am in the morning and would be held in 19 rounds. 'The result is expected to be declare by 1230 pm,' he added. ...Read More