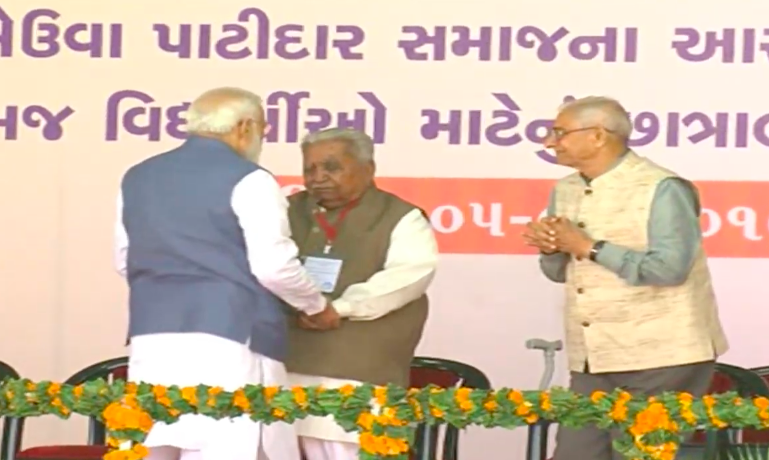 Gandhinagar: PM Narendra Modi today touched the feet of former Gujarat CM and veteran leader Keshubhai Patel on a public stage to seek his blessings. Modi, on the second day of his two day visit of home state Gujarat, during participation of the Pran Pratishtha event of Annapurna Mata temple of Leuwa Patidar community in Adalaj, touched feet of Nonagenarian Keshubhai. When PM Modi touched his feet, Keshubhai gave him a hug with broad smile over his face. Modi had ...Read More Gandhinagar: Former Gujarat CM Keshubhai Patel was today admitted briefly in hospital here due to illness. 90 year old Keshubhai, who was Gujarat CM twice, is suffering from cough and fever, his PA Shetal Pandya said. 'We had taken him to the Civil Hospital here for routine check-ups and has now been brought back to his residence here,' Pandya said. He said that the nonagenarian leader was suffering from normal fever and cough. (file photo) DeshGujaratRead More 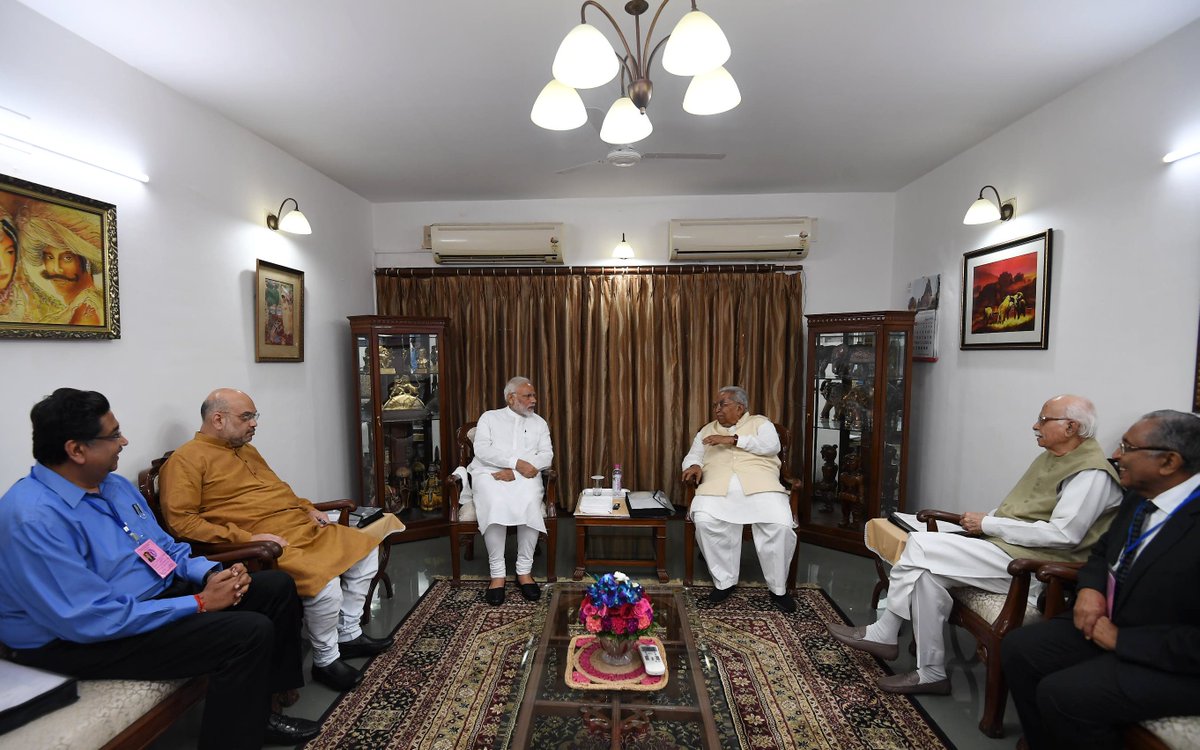 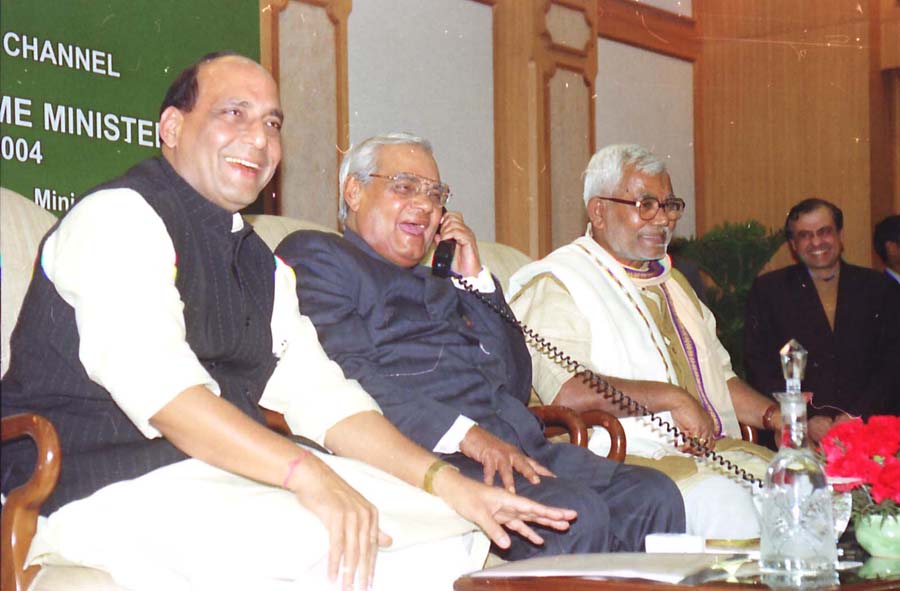 Gandhinagar: Former Gujarat Chief Minister Keshubhai Patel while condoling the death of former PM Atal Bihari Vajpayee today remembered his 'invaluable' contribution in the progress of Narmada project. Patel, who now mostly remains away from media limelight due to his poor health, told newsmen that a beloved leaders of many, Atalji, had given the Naramda project a big boost. 'He has many achievements to his kitty and he was an undoubted great leader but one thing I would l...Read More

Gandhinagar: Prime Minister Narendra Modi today took out time from his hectic schedule to meet Former Gujarat CM Keshubhai Patel, who had recently lost his son, at his residence here. PM Modi met Patel and expressed his deep condolences on the demise of his son Pravin Patel who died of a heart attack on September 8 in Dallas of US where he used to live. Modi had earlier talked to Keshubhai over telephone on September 9 after learning about the incident. Around 60 ye...Read More

Son of former CM Keshubhai Patel dies in US

Gandhinagar: Son of former Gujarat Chief Minister Keshubhai Patel, Pravin Patel died in the US last night. PA to Patel Shetal Pandya today said that around 60 year old Pravinbhai, second among six children (5 son and a daughter) of Keshubhai used to live in Dallas where he died yesterday (around 2am Indian Standard time). Pandya said that according to primary information Pravinbhai died of heart attack. Notably, wife of Keshubhai had died in a fire incide...Read More 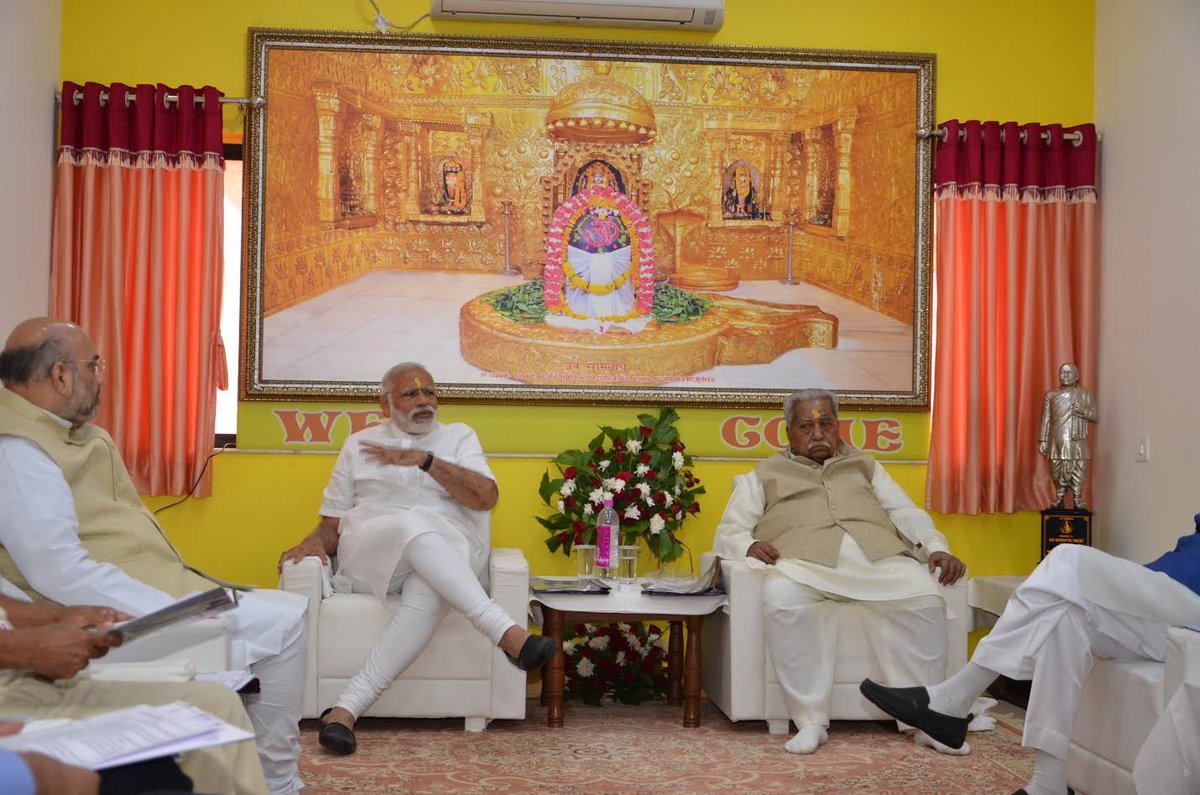 Gandhinagar: Newly elected Chief Minister and Deputy Chief Minister Vijay Rupani and Nitin Patel today reached former Gujarat Chief Minister Keshubhai Patel's residence in Gandhinagar to seek his blessing a day before their swearing in. Keshubhai gave blessing to both and offered them sweet. Keshubhai showed his inability to grace the oath taking function scheduled to take place tomorrow around noon at Mahatma Mandir due to poor health but assured his support and guidance to both. Keshubhai ex...Read More