Surat to get second ring road, about 15 km away from city

Surat: The Government of India will develop Rs 600 crore 27 km road connecting Gothan to Sachin in existing ring road of Surat city. The 27-km stretch between Gothan and Sachin remains a missing link in ring road. The Centre has now come as support to construct this part of ring road. The Centre will also develop a 125 km long Rs 2000 crore greenfield ring road, 15 km away from Surat city under Bharatmala project. Proposed ring road is designed in view of next 40-50 year requirements.The pop...Read More

Rajkot to get six-lane elevated flyover at Gondal Chokdi in two years: Mandaviya Rajkot: The city of Rajkot will get a six-lane flyover at Gondal chokdi. Rs 88 crore six-lane elevated flyover will be constructed in two years period, sad union minister of state for road and transport Mansukh Mandaviya in Delhi on Thursday. In response to representation made by locals including the MLAs from Rajkot, city Mayor and Shapar - Veraval Industrial Association's office bearers Mandaviya had visited Gondal Chokdi area last April during his Rajkot visit and instructed the highway ...Read More 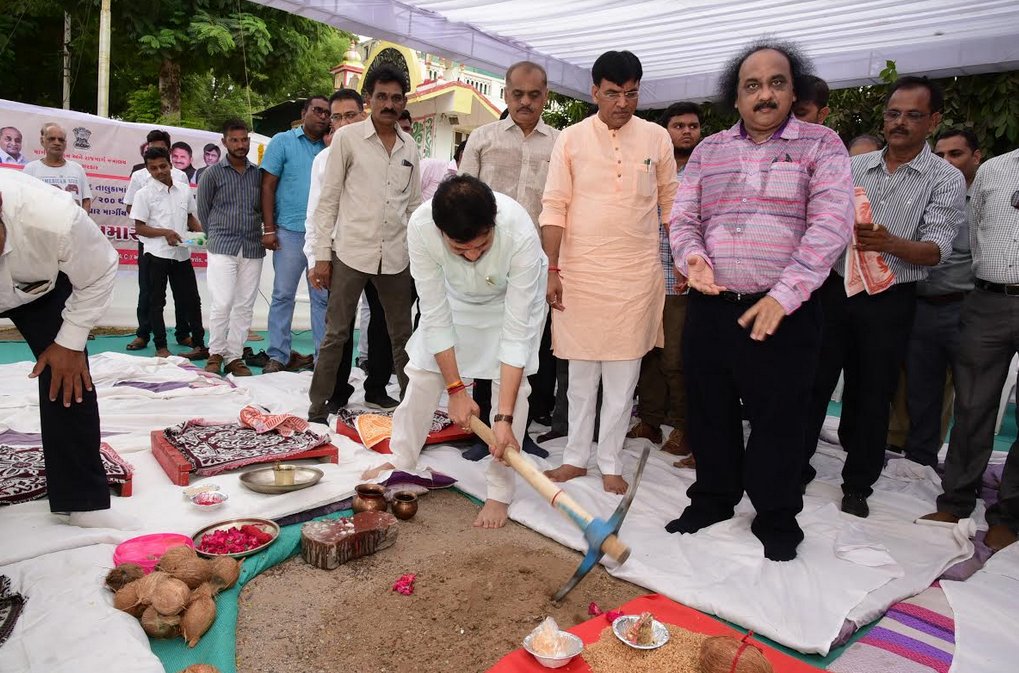 Nadiad (Gujarat): Union Minister of State for Road Transport and Highways, Shipping, Chemicals and Fertilizers Mansukh Mandaviya today performed the formal ground breaking for widening and strengthening of Nadiad-Bhumel section on the Dandi Heritage route here. The work would incur a cost of around Rs 26 crore. Mandaviya on the occasion said that the former PM Manmohan Singh ji had announced the development of Dandi Heritage route in 2005 but till 2014 only the resurfac...Read More

Speculations about change of guard in Gujarat before Lok Sabha polls rumor and wrong, I am not in any race for CM: Mandaviya

Vadodara: Union Minister of State Mansukh Mandaviya today rejected the speculations about change of guard in Gujarat before next year's Loksabha elections and his possible anointment as the next CM. Speaking to media persons here Mandaviya, who was at the Sindhusagar pond of Vadodara in connection with the culmination of Sujlam Suphalam scheme of the state government, said that the next Loksabha election would be contested in Gujarat under the leadership of CM Vijay Rupani. ...Read More

Surat: Union minister of state for shipping, chemicals and fertilizers, transport and highway and Rajya Sabha member from Gujarat Mansukh Mandavia in Surat said the ro ro ferry service connecting Hazira and Dahej in South Gujarat to Ghogha and Victor Pipavav in Saurashtra will kick off by April this year. Speaking on 'Budget for new India' at Patidar Samaj hall of Katargam area here, Mandavia said infrastructural facility for passenger and ro ro ferry service is available at Hazira a...Read More

Vadodara – Surat expressway work to begin by end of this year: Mandavia

Surat: Union minister of state for transport and highway and Rajya Sabha mp from Gujarat Mansukh Mandavia in Surat said the construction work of Vadodara to Kim(Surat) express highway will begin by the end of this year. He said tenders have been already issued for this project and they are opened too. He said the express way work will begin after land availability related issues are sorted out. It should be mentioned here that there's express way functional between Ahmedabad and Vadodara, wh...Read More

Gandhinagar: The scrutiny of nomination papers of the 8 candidates for Rajyasabha polls for 4 seats from Gujarat due to be vacant on April 2,was completed today with the papers of seven candidates including all the prominent ones were found to be in order and valid while that of one independent candidate Paresh Moolani was rejected owing to not having any supporting MLAs signatures. According to the office of returning officer A B Karova papers of the seven candidates including ...Read More 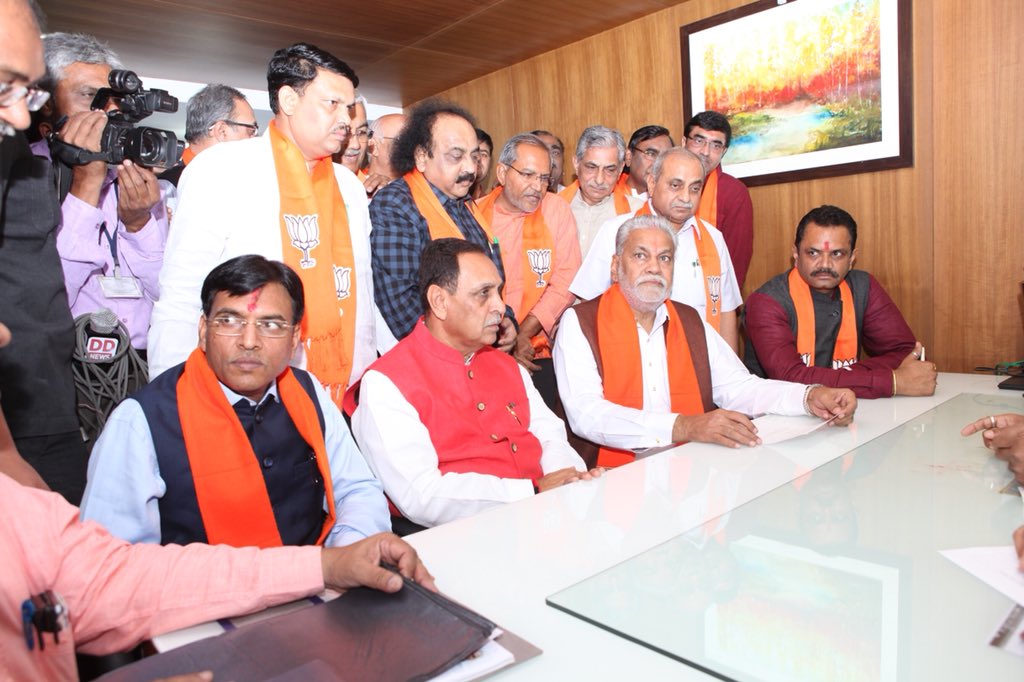 New Delhi: Out of four Rajya Sabha seats in Gujarat that are soon going to be vacant due to expiry of terms of existing four Rajya Sabha MP, two are winnable for ruling BJP. BJP has decided to field existing Rajya Sabha MPs from Gujarat and Ministers of State in the Centre Parshottam Rupala and Mansukh Mandavia on these two seats. Each candidate would need at least 38 first preferential votes to make it to the House of Elders. In December polls, the BJP was able to retain power with...Read More

I request friends of Congress to not to make farmers tool of political activity amid nature caused water scarcity:Mandaviya

Ahmedabad: Union Minister and senior BJP leader Mansukh Mandaviya today appealed Congress and other opposition parties to not to make the farmers of Gujarat a tool of their political activities amid the nature caused scarcity of water. His statement has come in the wake of the ongoing agitation of farmers for release of water from river Sabarmati to Fatewadi canal for saving crops. The farmers who had lifted a barrage sluice gate at their own yesterday were on a sit in protest...Read More