Patan: Patan Police has registered a complaint against Rafik Maknojiya, the second Covid19 positive patient in the district for hiding the details of first Covid19 patient late Lukman Arediya. Lukman had stayed at Rafik's place. Rafik had spoken lie and concealed the fact that Lukman had recent travel history to Mumbai. Rafik concealed the detail which was extremely crucial to stop spreading Coronavirus further in the district, when Rafik was interviewed by a female health worker during ...Read More 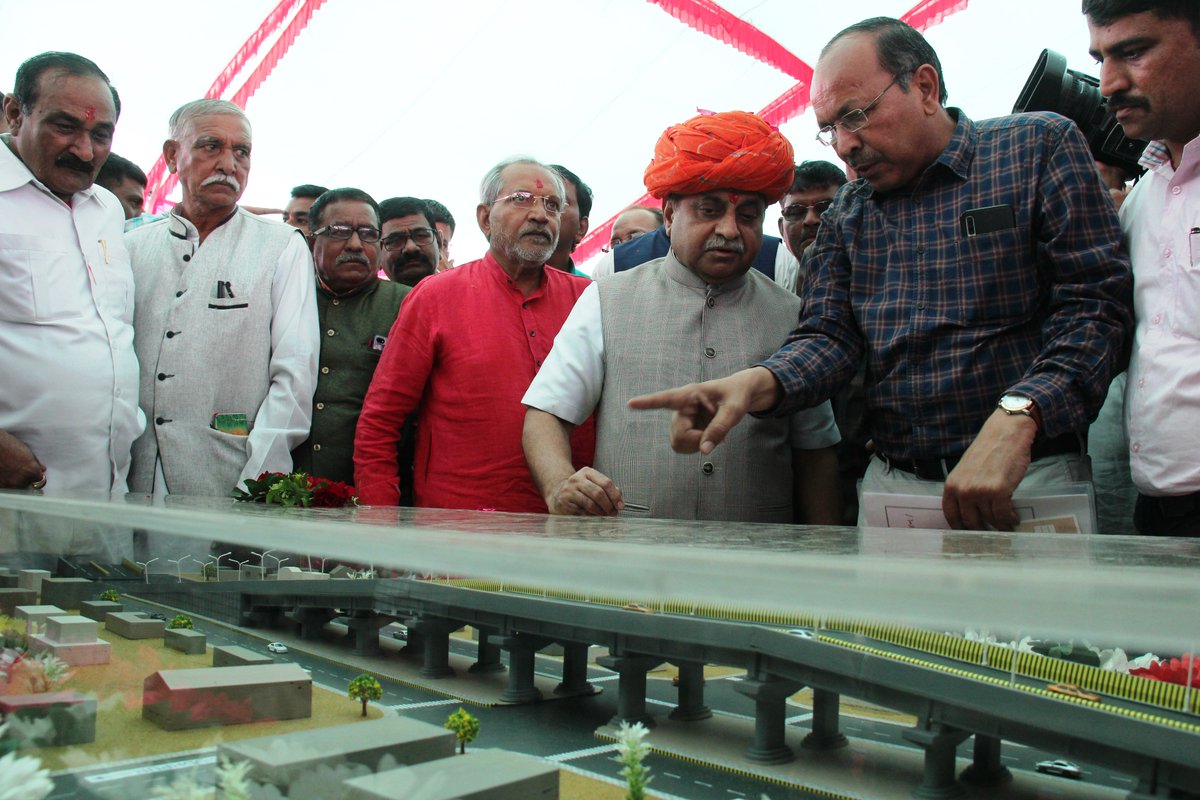 Patan: Bhoomi Pujan was performed today by Dy CM Nitin Patel for construction of Rs. 27 crore flyover in Chanasma - Deesa State highway which shall be 706 metre long. This will avail bypass for vehicles on Chanasma - Deesa road without disturbing Patan city's traffic. In the same function, the Dy CM announced naming of railway over bridge near APMC on Chanasma road as Deendayal Upadhyay bridge. DeshGujaratRead More 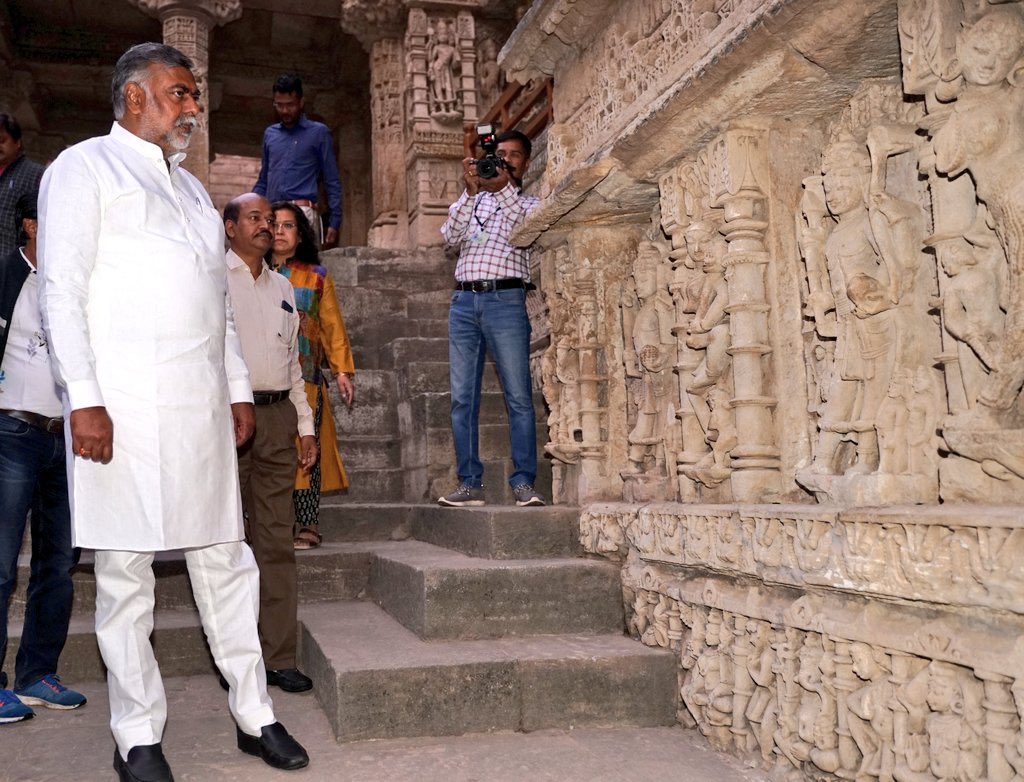 Visit to Vadodara based Fine Arts faculty Ahmedabad: Union Culture Minister Prahlad Singh Patel is on visit to Gujarat. He visited Faculty of Fine Arts of Maharaja Sayajirao University in Vadodara, Lothal near Ahmedabad to visit the museum of Sindhu Sanskriti relics and Queen's stepwell in Patan which is UNESCO World Heritage Site. Visit to Lothal near Ahmedabad Visit to Queen's stepwell in Patan Read More

Either me or the terrorists would survive, I don’t care for my chair: PM Modi in Gujarat

Patan: PM Narendra Modi today hit out at earlier Congress regimes for their soft stance against terrorism and said that he has decided to wipe out terrorists from India without worrying for the fate of his 'chair'. Addressing an election rally in Patan of Gujarat, Modi said that for the past 40 years the tears in our eyes could not stop due to terrorism. We saw the tricolor wrapped bodies of our jawans every now and then. Even police had to be deployed in temples. Before entering So...Read More

Bless me so that no one could taunt at me taking Gujarat’s name on counting day: PM Modi

Patan: Saying that he was son of Gujarat, PM Narendra Modi today urged the people of his home state to bless him by giving all the 26 seats to ruling BJP again and not to give the opponents any chance to 'taunt' at him on the day of counting. Addressing his last election rally in Gujarat before April 23 polling on the final day of campaigning for the third phase in the university ground here, Modi said, ' On May 23 the counting day the result would be again for the Modi government. ...Read More

Gandhinagar: Prime Minister Narendra Modi will address another public meeting in Gujarat, this one at Patan in North Gujarat on April 21st. The public meeting will be held in the morning. Scheduled time communicated to media is 9.00 am. Polling for all 26 Lok Sabha seats of Gujarat will take place on April 23. The last day of campaigning will be April 21st. PM's public meeting in Patan will cover three Lok Sabha seats of North Gujarat namely Patan, Mahesana and Banaskantha. PM has earlier...Read More

Patan: Five senior Congress leaders in Gujarat including 3 ex-MLA’s resign from the party 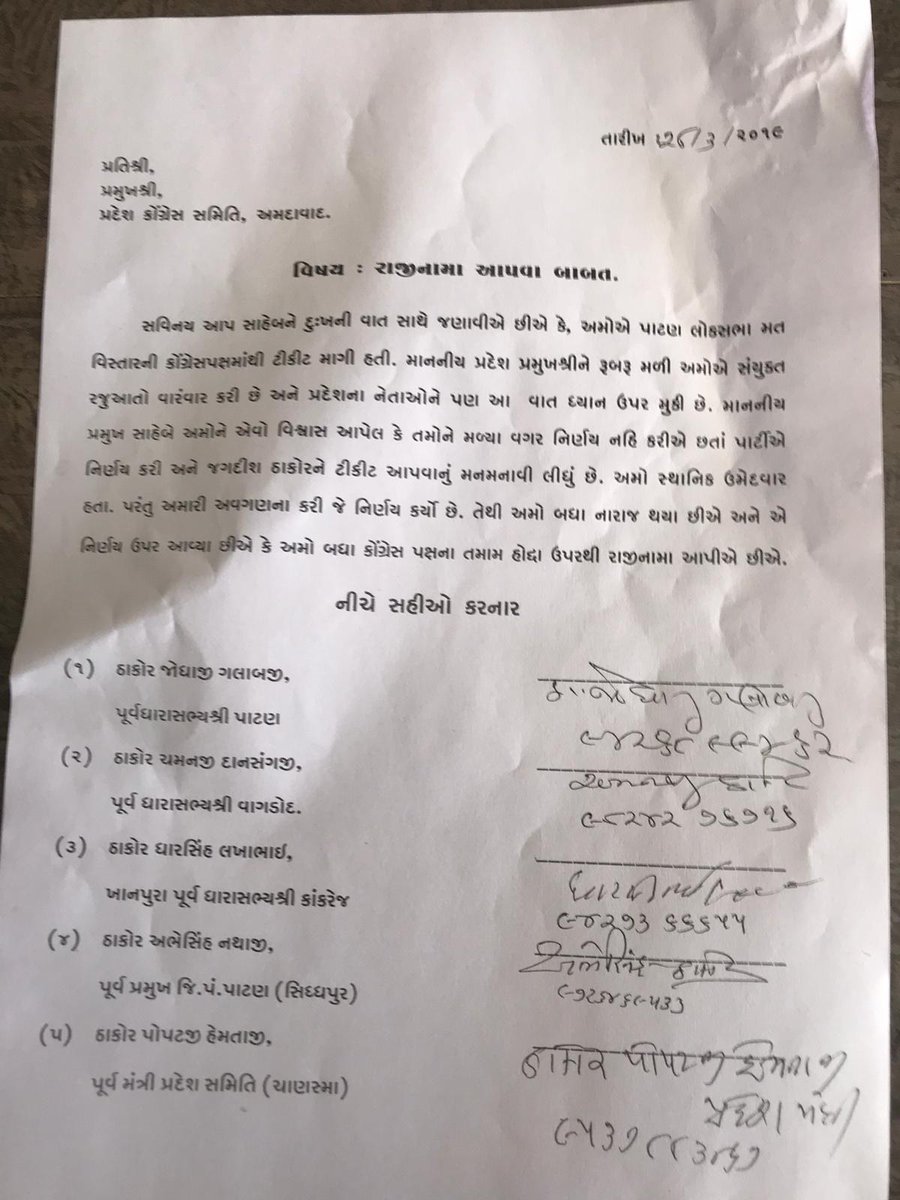