Ahmedabad: Giving relief to Gujarat Minister of State for Home Pradipsinh Jadeja, the Gujarat high court today put a stay on the lower court trial in a case pertaining to alleged violation of the model code of conduct during the last assembly election in 2017, in which the metropolitan court here had also ordered to lodge an FIR in the matter against him. City Congress president Pankaj Shah had filed the complaint in this regard. He had made the complaint that a booklet/Pamphlet was dis...Read More 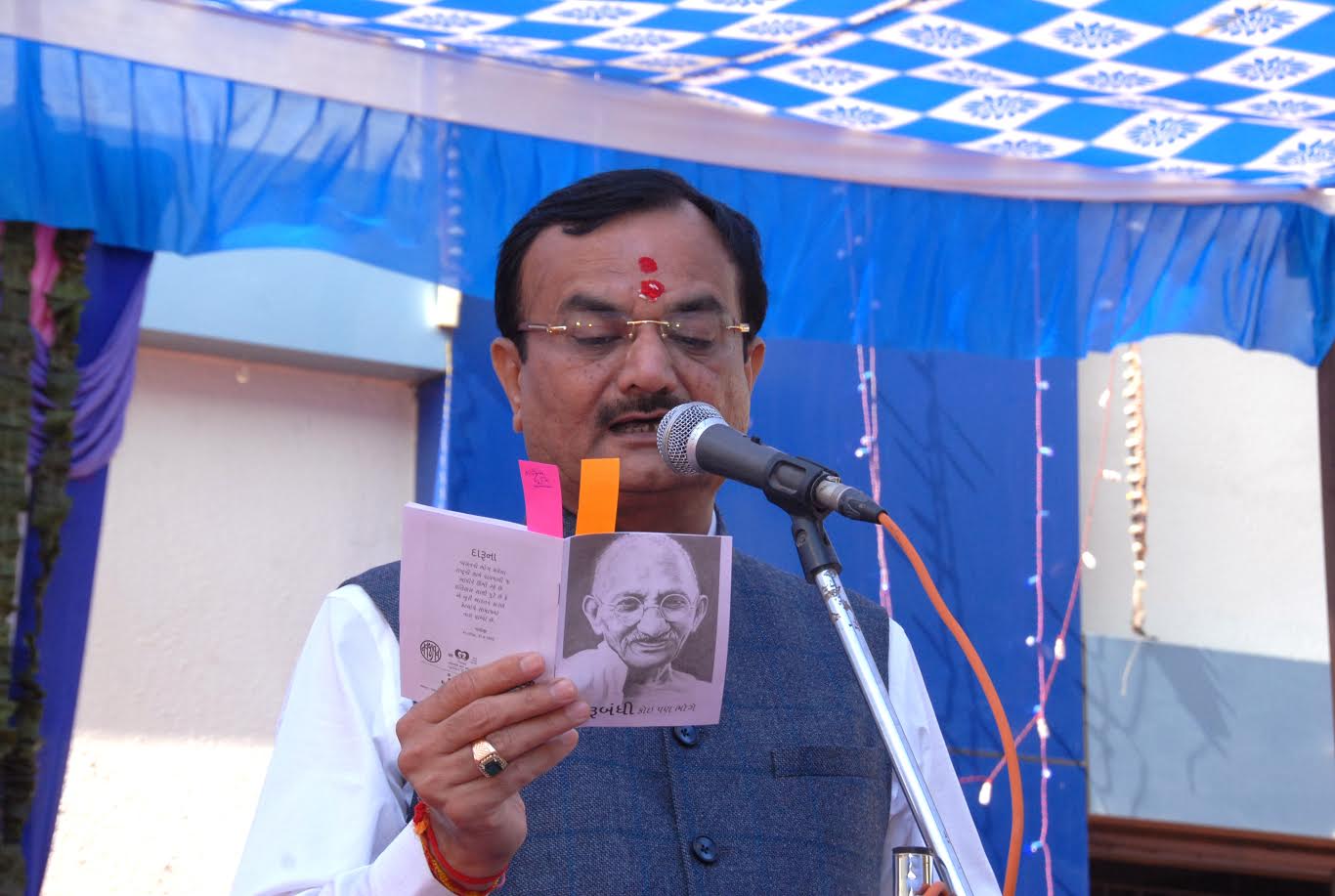 Gandhinagar: Minister of State for Home Pradipsinh Jadeja has challenged the Ahmedabad Metropolitan Court order in Gujarat High Court. Metro court had ordered FIR against Jadeja for breach of model code of conduct imposed by the Election Commission. Jadeja has filed plea in the High Court to challenge this order. Gujarat HC has issued notice to the state government and complainant over Gujarat state home minister Pradeepsinh Jadeja's plea for quashing of a poll code violation complaint against ...Read More

Gandhinagar: Gujarat government today said that it would ensure that the culprits of the three recent rape/sexual exploitation cases in Surat, Rajkot and Vadodara were given capital punishment as per law. Addressing a press conference Minister of State for Home, Pradipsinh Jadeja told newsmen here today that the culprits of Rajkot and Surat incidents have already been nabbed while attempts were on to arrest the culprits of Vadodara incident for which 25 teams of police were active taking ...Read More 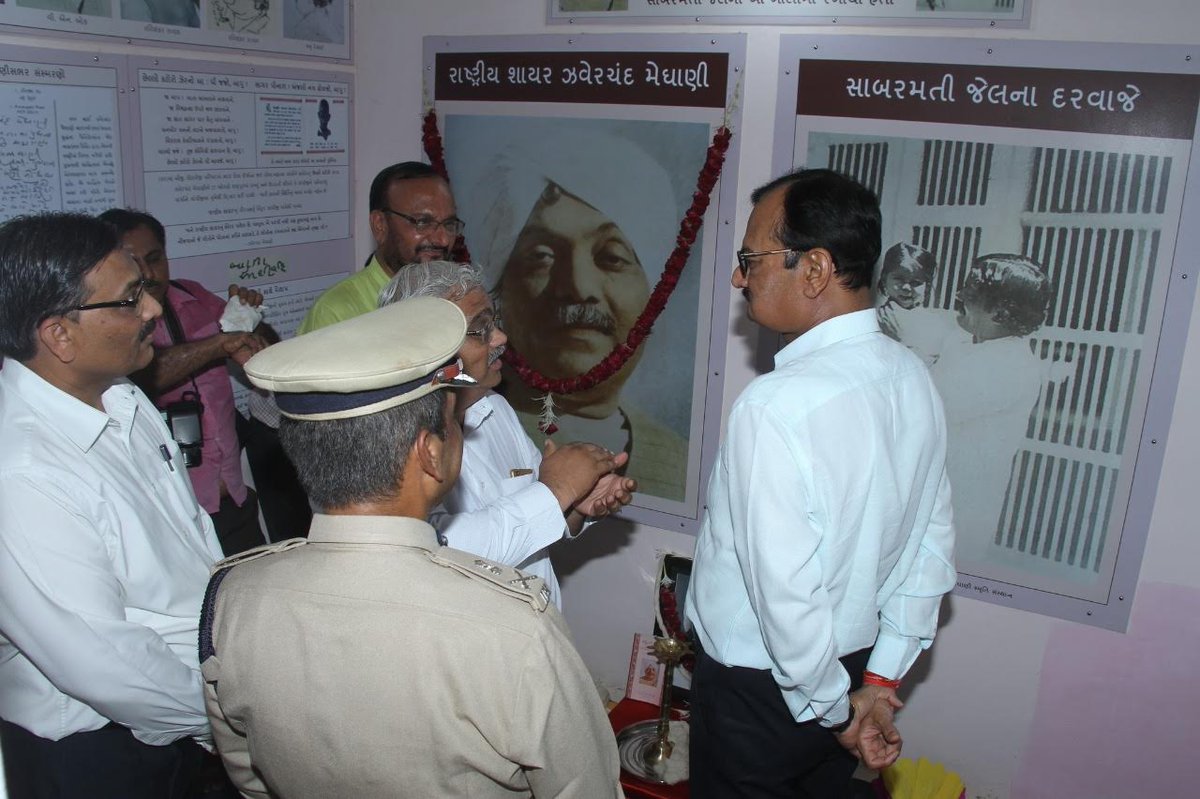 By staff writer, Gandhinagar: Sabarmati jail is a historic place where many prominent freedom fighters of India's independence struggle were jailed by then ruling Britishers prior to year 1947. Mahatma Gandhi, Sardar Patel, Balgangadhar Lokmanya Tilak were among those freedom fighters who spent time in Sabarmati central prison. While all three jail rooms where these three dignitaries were jailed have been preserved in their memories, the other two rooms where 'Rashtriya Shayar' (national poet) Z...Read More

PSIs, constables of Gujarat police to get 3BHK instead of 2BHK quarters: MoS Home Jadeja

Gandhinagar: Minister of State for Home, Government of Gujarat, Pradipsinh Jadeja was hospitalized in Ahmedabad based HCG hospital for oral cancer surgery. According to a medical bulletin issued by hospital today morning, a team led by Dr. Kaustubh Patel performed surgery on Pradipsinh Jadeja successfully yesterday and his health is improving. The minister will continue to stay in Intensive Care Unit(ICU) of hospital for next 48-72 hours under observation of doctors as per the hospital bulletin....Read More

Gandhinagar: Gujarat government today announced new rules for health permits of consuming liquor. As per the statement of Minister of State for Home, Pradipsinh Jadeja the new changes to Health permit(liquor permit) rules are following: - Private doctor's certificate will not be valid any more. - Permit will be issued or renewed on the basis of opinion of new Area Medical Board. - Instead of 26 Area Medical Boards, now only 6 new Area Medical Boards will give opinion for issuance or ren...Read More

Gandhinagar: Chain, purse and mobile snatchers will face up to ten years in jail after ordinance issued by the Government of Gujarat comes to effect. Currently the maximum sentence is three years but following a decision taken in the last meeting of the State cabinet, the State Government today announced it has issued an ordinance and sent it to Governor proposing increase for snatching theft offences, sending a clear sign there is no place for such theft crimes in Gujarat. 'We have amende...Read More

All police vehicles in Gujarat to have GPS; process of recruitment of 5,600 soon

Gandhinagar: Gujarat CM Vijay Rupani today gave several instructions to the state police including putting Global Positioning System (GPS) in the patrol vans and all other police vehicles, keeping a strict eye on social media rumours and foil any attempt of mob-lynching. After a conference with police officials from across the state here in which DyCM Nitin Patel and Chief Secretary J N Singh were also present, MoS Home Pradipsinh Jadeja informed this. Taking to newsmen a...Read More 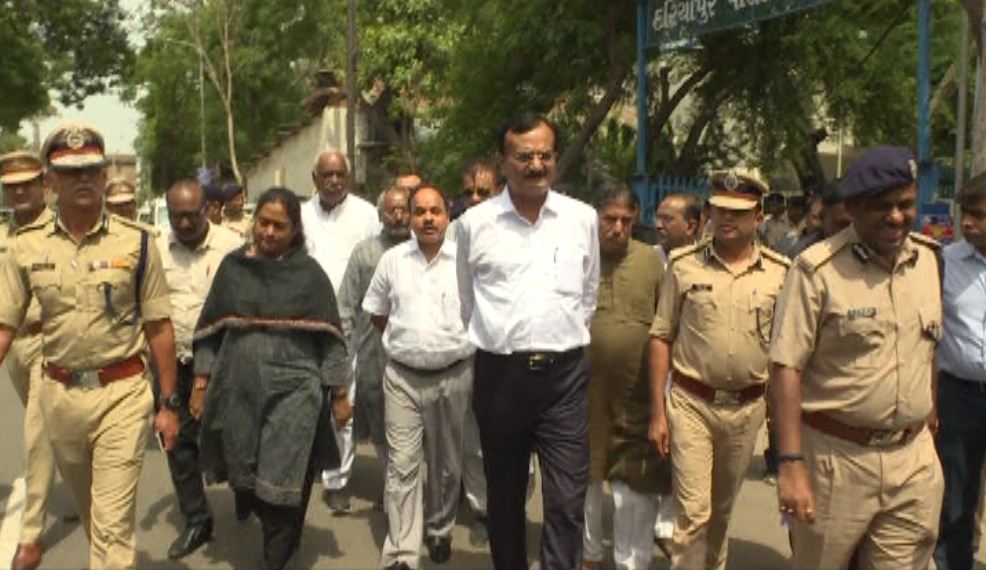 Ahmedabad: A week before the 141st Jagannath Rath Yatra in Ahmedabad, during which over 25000 security personnel will be deployed, Minister of State for Home Pradipsinh Jadeja today took stock of the security preparedness. Jadeja held meetings with crime branch and other police officilas and also visited sensitive areas on the Rath Yatra route. The MoS also offered prayers in the Jagannath temple in Jamalpur area of the city. He then went to Dariyapur police stati...Read More