Gandhinagar: Gujarat Chief Minister on Sunday reviewed the progress of various infra projects planned in home-town Rajkot district including an international airport at Hirasar, All India Institute of Medical Science (AIIMS) and proposed cargo complex. A note issued by Chief Minister's office stated that land acquisition for Rajkot international project is yet to be completed. While majority of land has been acquired, there's still some portion left to be aquired. Shifting of one village are...Read More 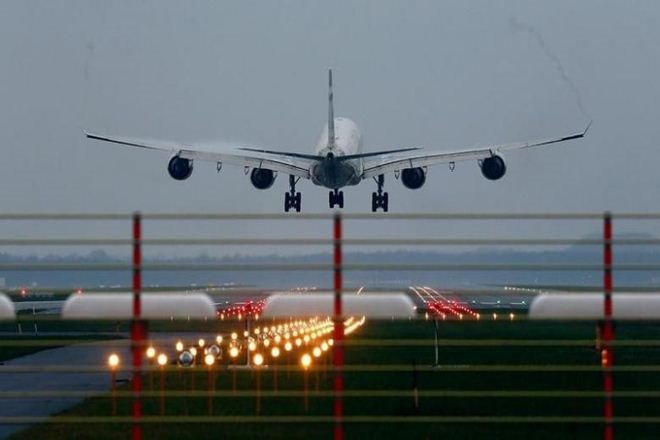 Rajkot: Anil Ambani’s Reliance Infrastructure (RInra) said the company has bagged a Rs 648 crore contract from the Airport Authority of India to build a new airport at Hirasar, in Rajkot district of Gujarat. The new airport is being constructed near National Highway-8B connecting Ahmedabad and Rajkot, nearly 36 km from the existing Rajkot Airport. The company emerged winner among nine bidders that included Larsen & Toubro, Dilip Buildcon and Gayatri Projects. "Reliance Infrastructure Lim...Read More

Gandhinagar: Memorandum of Understanding (MoU) was signed between the Government of Gujarat and Airport Authority of India today here for construction of new greenfield airport near Hirasar in Rajkot district. According to a note issued by government, the new 2500 acre airport will have 3400 meter long and 45 meter wide runway. The new airport will be able to host 280-seat fast aircraft such as Airbus A320-200 and Boeing B-737-900 and therefore provide better connectivity to Rajkot an...Read More Rajkot: A Jet Airway aircraft with around 90 passengers on board got bird-hit during take-off at the Rajkot airport this morning and had to abandon departure, Airport Director B K Das said. The flight number 9W2398 for Mumbai from here with scheduled departure time of 0640 got bird-hit during take off. Das said that the departure was abandoned and the repairing of the affected part of the aircraft was being done. 'It would take off only after the completion of rep...Read More

Gandhinagar: The Revenue Department has through a notification included five villages of Chotila taluka in Surendranagar district in Rajkot district to ease the development of the new airport near Hirasar. Bamabor, Navagam, Gundala, Garida and Jivapar have been made part of Rajkot. The lands of these villages are to be used for development of the airport. Prime Minister Narendra Modi had in October last year participated in the groundbreaking ceremony for a greenfie...Read More Rajkot: Prime Minister Narendra Modi might lay the foundation of the proposed new International airport in Rajkot on May 22. It is learnt that PM Modi is likely to visit Gujarat again on May 22 to participate in the inaugural function of the African Development Bank to be held at Mahatma Mandir in Gandhinagar. He may visit Rajkot the same day to lay the foundation of the airport to be set up near Hirasar for which the state cabinet had given nod to allocate around 1025 hecta...Read More