Gandhinagar: Two candidates for equal number of vacant seats of Rajya Sabha in Gujarat have been declared victorious unopposed and handed over certificate of their election to upper house today. Both candidates - Rambhai Mokariya and Dinesh Prajapati (Anavadiya) are from ruling Bharatiya Janata Party. Mokariya has been elected on the seat vacant following demise of BJP leader Abhay Bharadwaj for Bharadwaj's nearly five and half years term left in upper house. Dinesh Prajapati has been elect...Read More 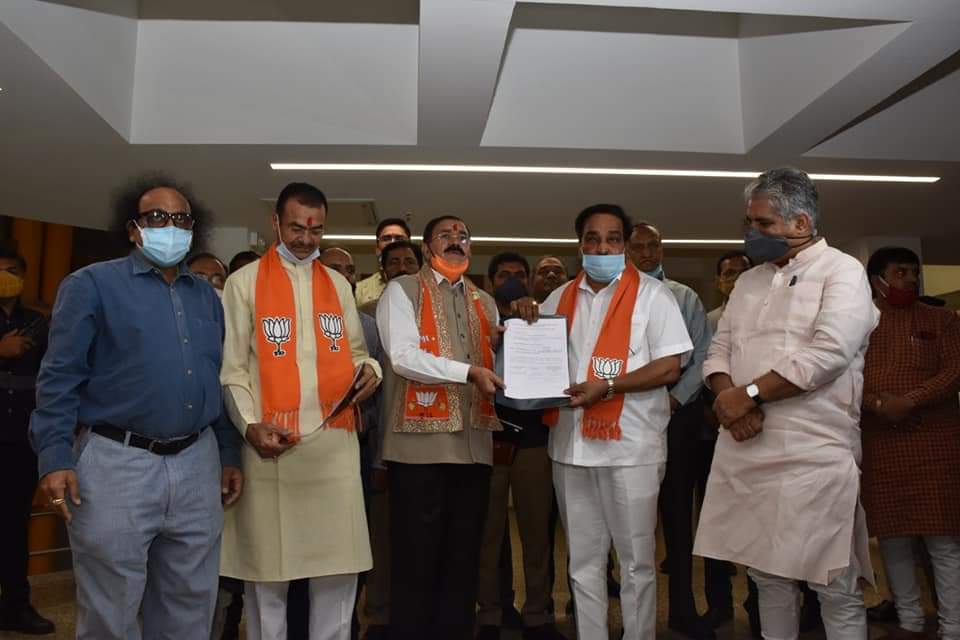 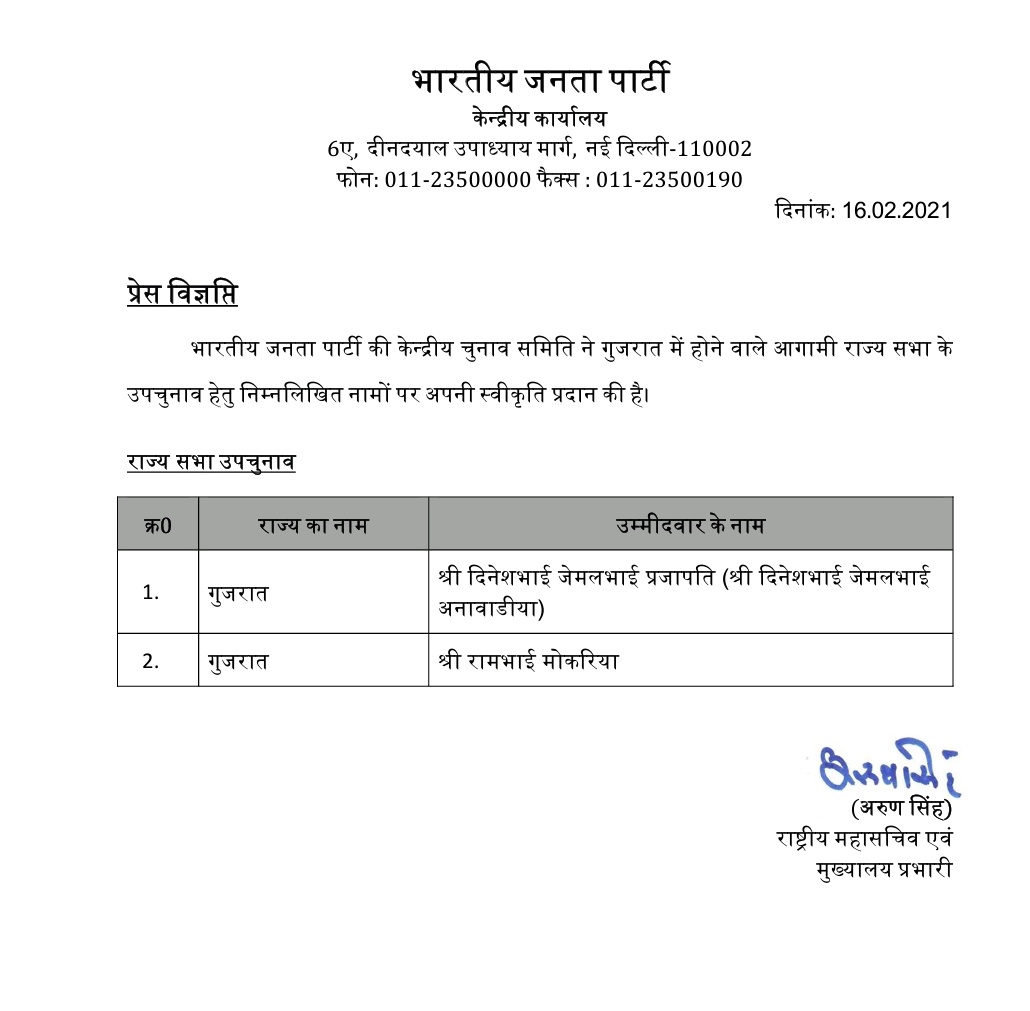 Gandhinagar: Ruling Bharatiya Janata Party (BJP) has announced its candidates for two-seat Rajya Sabha by-polls in Gujarat. They are Dinesh Prajapati (Dinesh Jemalbhai Anavadiya) and Rambhai Mokariya. As Congress party has not enough MLAs to get its candidate elected, it may stay away from fielding candidates. In that case, BJP will win both seats unopposed. Two seats of Rajya Sabha are vacant due to demise of Ahmed Patel and Abhay Bharadwaj. The candidate chosen for vacant seat of Ahmed Patel w...Read More 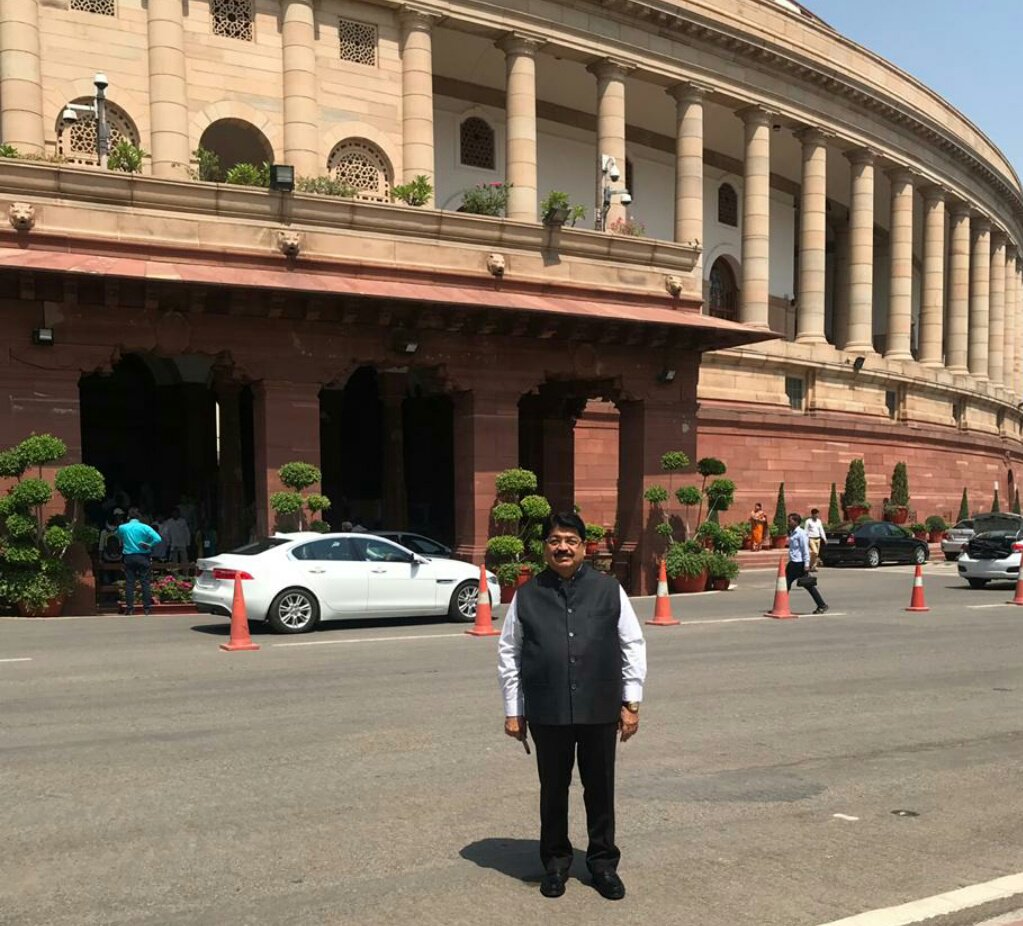 New Delhi: The central government has doubled the allocation of funds to Gujarat under the Jal Jeevan Mission (JJM) in financial year 2020-21 compared to the previous year. Under JJM, the Centre allocated Rs 390.31 crore in FY2019-20, which has been increased to Rs 883.08 crore in FY2020-21. This information was provided by Minister of State for Jal Shakti Shri Ratanlal Kataria in Rajya Sabha on February 8, 2021 while replying to a question raised by Rajya Sabha Member Shri Parimal Nathwani. ...Read More

New Delhi: Prime Minister Narendra Modi choked up and struggled to speak in parliament today during a farewell to a rival politician, Leader of Opposition Ghulam Nabi Azad in the Rajya Sabha, while recollecting how Azad helped Gujarati pilgrim after terror attack way back before years when he was the Chief Minister of Jammu & Kashmir and Modi was Chief Minister of Gujarat. "I will never forget Shri Azad's efforts and Pranab Mukherjee's efforts when people from Gujarat were stuck in Kashmir d...Read More

New Delhi: The Election Commission of India has announced by-elections for two vacant seats of Rajya Sabha, polling for which shall take place on 1st March. Two seats are vacant after demise of then sitting Rajya Sabha members Ahmed Patel and Abhay Bhardwaj. The Election Commission has decided to hold two separate bye-election which means ruling Bharatiya Janata Party (BJP) is comfortably going to win both seats. As expected, polling date for Rajya Sabha by-polls has been fixed in tune of the St...Read More

Gandhinagar: Ruling Bharatiya Janata Party (BJP) is holding two days long Chintan Bethak at State party headquarters 'Kamalam' starting from 7 pm today evening. A brainstorming meet will continue till Sunday afternoon. The meeting is being held ahead of local body elections in the State that are likely to take place in the first quarters of the next year. This will be a big election season covering municipal corporations of six cities, scores of municipalities, district and taluka panchayat ...Read More

On upcoming byelections of two Rajya Sabha seats in Gujarat

(By Japan K Pathak) With Abhay Bharadwaj's passing away today, Gujarat has lost two Rajya Sabha members in a week. Last week, another Rajya Sabha member Ahmed Patel passed away. By-polls for two vacant seats may take place anytime in the first quarter of the next calendar year. Partywise stength in the assembly The strength of ruling Bharatiya Janata Party in State assembly is 111, while Congress is at 65. Sharad Pawar led Nationalist Congress Party (NCP) has 1 MLA. Chhotu Vasava led Bhar...Read More

Gandhinagar (Japan K Pathak): A Rajya Sabha seat, hard-earned by late Congress leader Ahmed Patel through high-voltage electoral fight in year 2017 is now vacant due to his sad passing away. Looking at the strength of ruling Bharatiya Janata Party (BJP) in State assembly, it is certain that the seat will be won by BJP candidate comfortably whenever by-poll is held, likely in next three months or so. The strength of ruling BJP in State assembly is 111, while Congress is at 65. Sharad Pawar l...Read More