Bhuj: District administration of Kutch in Gujarat has launched a new online permit system for visitors/tourists who want to apply to visit the tourist attractions in international border area such as white Rann of Kutch and Kalo dungar (black mountain). Online permit to visit white Rann of Kutch can be obtained from www.rannpermit.com after payment of prescribed fee. A check post to obtain manual permit has been set up at Bhirandiara village like ever year. Due to heavy rush of visitors duri...Read More 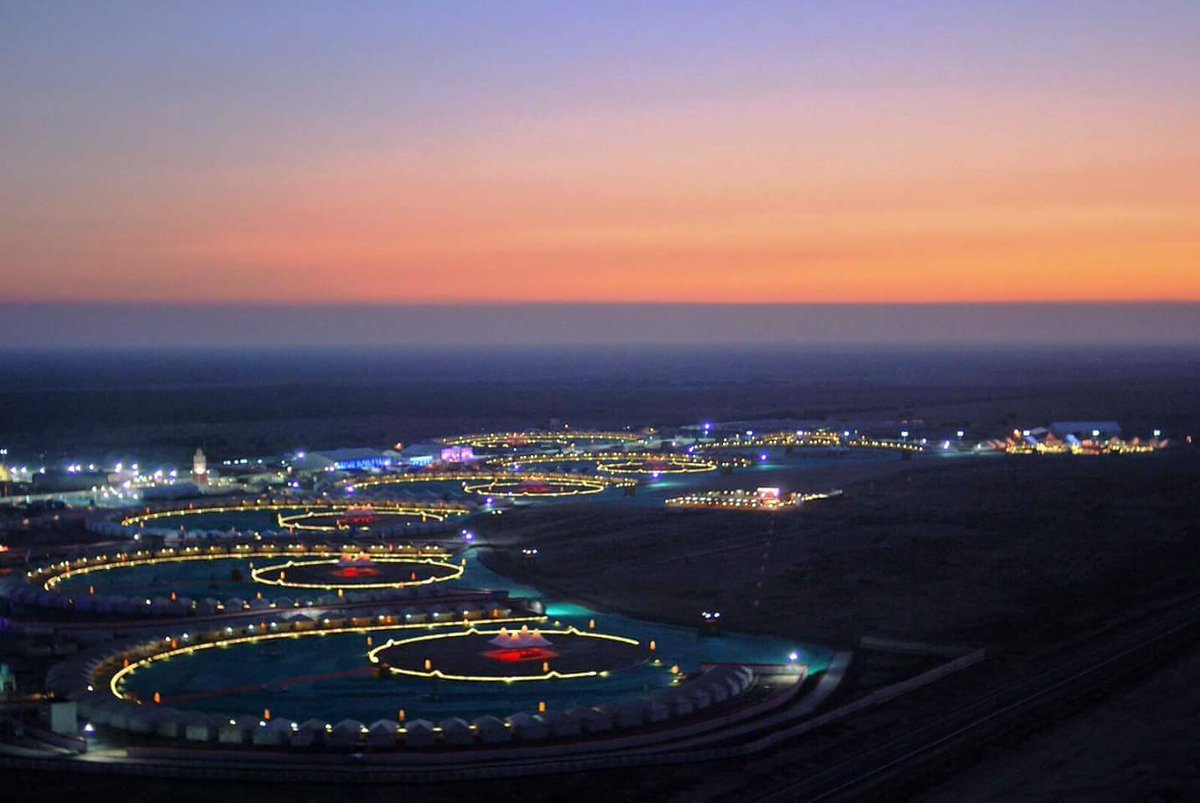 Vadodara: Travel enthusiasts from different parts of the country and globe have started to throng Kutch district for the popular Rann Utsav which kickstarted yesterday. The annual festival that will last till February 20, 2017, will give tourists an experience of Gujarati style of celebrations alongside the Great Rann of Kutch and visitors have made bookings two-three months in advance, according to tours and travel operators. Chairman of Gujarat Tourism Corporation Ltd (GTCL) Kamlesh Pate...Read More

Army Jawans on land-yachting expeditions in Rann of Kutch

Bhuj A 9-day long Land Yachting adventure tour of Vadodara based Vayu Raksha Brigade was flagged off at Kunvarbet in Kutch by 49 brigade commander Rajiv Shrivastava. 11 jawans including the Major of Raksha Brigade will complete 250 km distance within Kutch on Land Yachts and return to Kuvarbet. Blow carts used for this adventure tour can catch 90-210 km/hour speed. Blow Cart of Land Yacht is a three wheeler bicycle which is powered by wind. Such carts need plain surface which is available ...Read More

Trisha Mukherjee Rann of Kutch (Gujarat) Visuals from fairy tales seem to come alive when infinite stretches of white sand glisten under the pale moonlight and the barren land springs to life with riot of colourful handicrafts at the annual Rann Utsav in Rann of Kutch here. The festival which began in 2005 as a two-day affair, is now celebrated over a period of three months and is thronged by visitors from across the world to experience the festivities and culture of the western-most st...Read More

New Delhi Fencing work on India-Pakistan border in Gujarat/Sindh sector of Rann of Kutch will be completed in next 36 months as per Minister of State, Home Affairs Shri Kiren Rijiju. Fencing work will take place only in feasible areas depending on the climatic conditions in the Rann of Kutch. Rijiju said, "the Government has sanctioned barbed wire fencing of 2071.42 km along the Indo-Pakistan border. Out of this, fencing of 1986.98 km has been completed and balance is in progress. The b...Read More

Bhuj Chief Minister Anandiben Patel today said that there has been a steady increase in the number of tourists to Gujarat owing to the State Government’s proactive tourism policy. Speaking at a function to mark the inauguration of newly constructed Bhunga, traditional houses with thatched roof, in Kutch for tourists attending the Rann Utsav, she said the winter festival started in 2005 in the vast stretches of white sands near the Great Rann of Kucth has become world famous. She s...Read More

Bhuj Gujarat Chief Minister is on Kutch visit during 23-25 December. She arrived at Bhuj airport at 4.35 pm yesterday and had night halt at Dhordo tent city where the latest edition of Rann Utsav is going to be organized. Today on December 24th, the Chief Minister will attend Dharma Sabha atop Kalo Dungar at Dutt Mandir venue. Bhumi Pujan for community hall will take place here by Chief Minister. She will later return to Dhordo tent city at around 1.00 pm. At 6.00 pm, Chief Mini...Read More

Bhuj The DGP conference attended by Prime Minister Narendra Modi here has kindled hopes of increased tourist footfall at the annual 'Rann Utsav' at Dhordo, with organisers hoping that the white desert would attract more corporate and wedding events now. The Rann Utsav, this time, will be officially inaugurated by Chief Minister Anandiben Patel at Dhordo tent city on December 24 and will be open for tourists till February 29, said an official of State Information Department. As the e...Read More

New Delhi Over 100 top police officers from the country are likely to do yoga and 'surya namaskar' on the inaugural day of the crucial annual conference of chiefs of state police and paramilitary forces in Gujarat's Kutch later this month. The spouses of the participating officers, if accompanying them, will also have to participate in these activities, as per the list of do's and don'ts issued by Home Ministry. The officers have been told to bring 'band gala' suit and sarees for the ev...Read More

IS, Muslim de-radicalisation to figure at DGPs meeting in Kutch: Thakur

Gandhinagar The expansion of terrorist organisation, ISIS, and the "threat" it poses to the country will be the main issue to be discussed at the conference of state police chiefs at Kutch later this month, Gujarat DGP P C Thakur said here today. According to the top cop, "de-radicalisation of Indian Muslims" will also be a key topic for discussion during the conference slated to begin on December 18, which is likely to be attended by Prime Minister Narendra Modi. "There is a threat...Read More