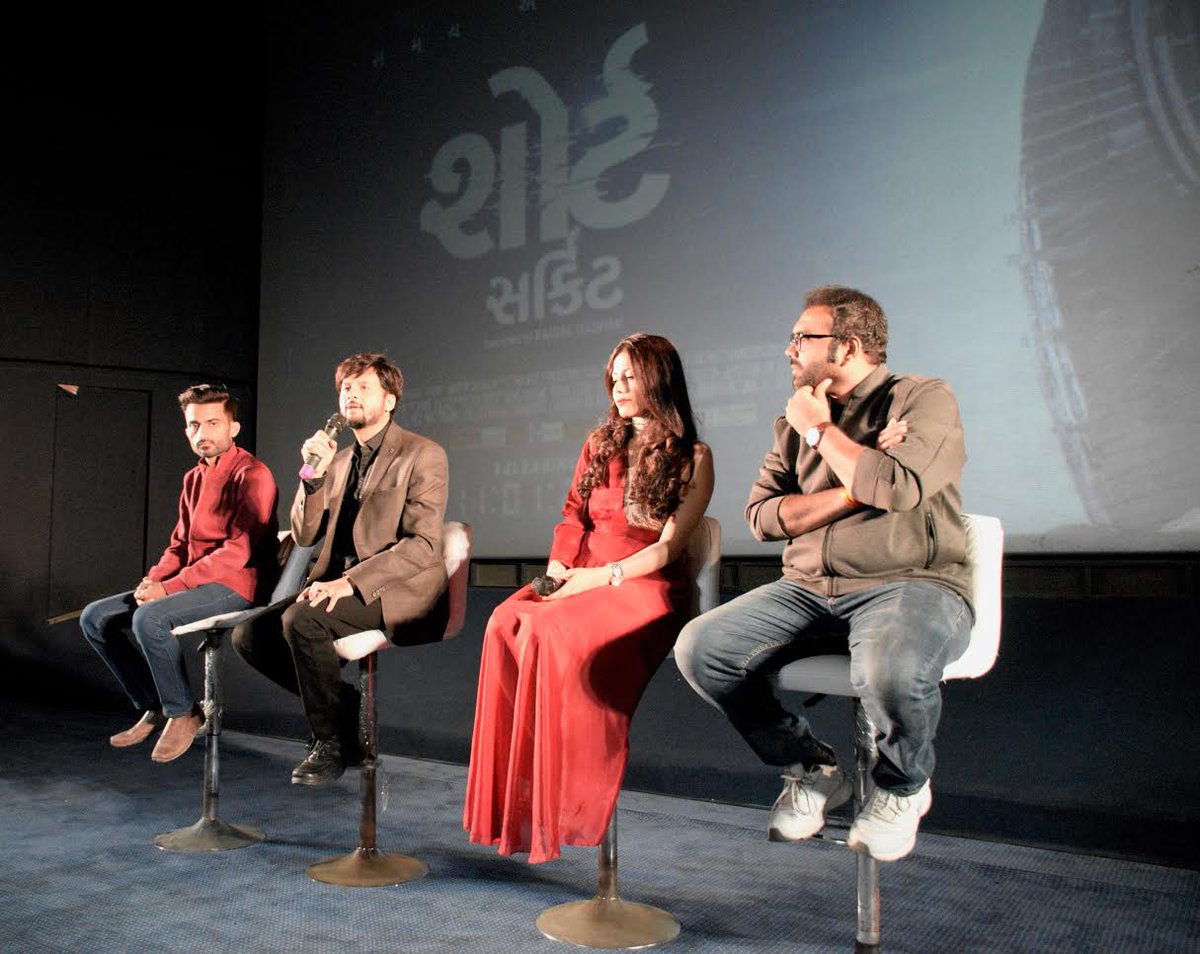 Ahmedabad: Dhavnit Thaker aka RJ Dhvanit has once again teamed up with Faisal Hashmi, the writer-director of the regional movie 'Vitamin She', for upcoming film ‘Short Circuit’ along with Kinjal Rajpriya , a lead actress in urban Gujarati regional movies like Chello Divas and Shu Thayu, and stand up comedian and actor Smit Pandya to give the audience a never seen before the experience of larger than life filmmaking. In the film, Dhvanit is playing the character of IT engineer who is s...Read More

Film Review: Gujjubhai Most Wanted By: Cinemawalla Gujjubhai, Metacin Wanted ‘Gujjubhai’. Mere the name is sufficient to bring a broad smile on your face. Over the years, ace actor SiddharthRanderia has successfully established himself as a synonym of laugh out loud comedy. His play series ‘Gujjubhai’ has its own fan following. About three years ago, SiddharthRanderia and his son Ishaan brought their first movie in the franchise ‘GujjubhaiThe Great.’ It was a laugh riot and ...Read More

Ahmedabad: After giving a super hit Gujarati film 'Gujjubhai the Great', Mumbai based Ishaan Randeria, son of very popular Gujarati play artist Siddharth Randeria has announced his upcoming Gujarati film 'Gujjubhai Most Wanted', trailer of which was released here on Tuesday, December 26. Speaking to media persons, Siddharth Randeria who has played role in this film along with Jimit Trivedi and others said the film shoot for 'Gujjubhai Most Wanted' continued for 55-60 days. Randeria said, whi...Read More

Shubharambh Gujarati movie review: a good time-pass movie to watch when whole family is in the house 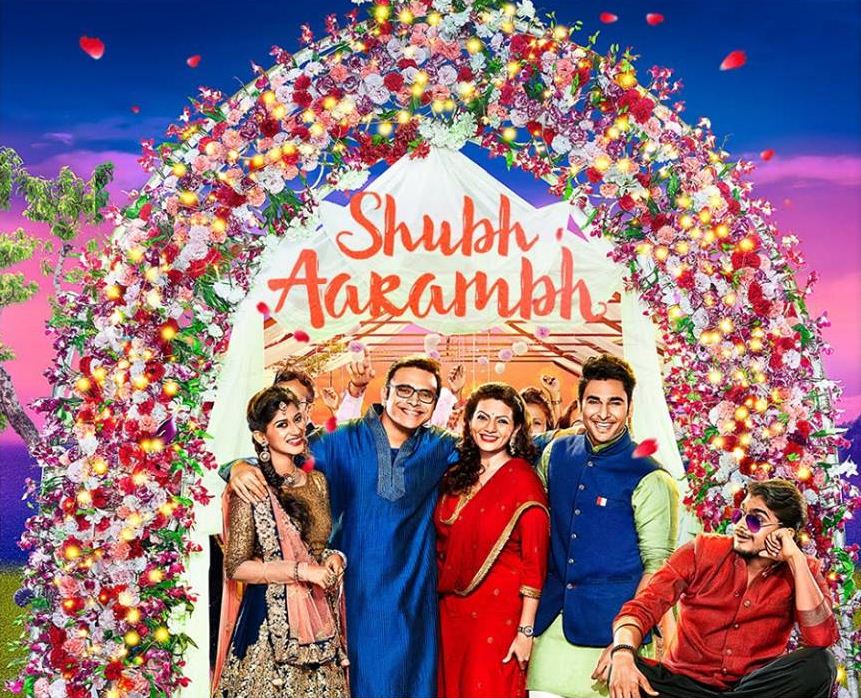 Ahmedabad: Cineman Productions Ltd - the makers of Bey Yaar & Kevi Rite Jaish are coming up with their third Gujarati feature film 'Wrong Side Raju' a drama thriller, the trailer of which was launched today at Cinepolis, Ahmedabad. Trailer indicates the film is about an accident case followed by police and court drama. During the press conference it was indicated that the film shows other side of newsy hit and run cases in which luxurious car driver is believed as accused while th...Read More

Movie Review by Jayesh Adhyaru Dreams Unlimited In spite of honest performances and the heart in its place, this movie is tiring watch mainly because of its wafer thin and unconvincing plot. The issue raised in the movie ‘Thai Jashe!’ is very genuine and relatable. Almost everyone would agree with the fact that it has become Herculean task  to buy one’s own home in the city like Ahmedabad, especially in last decade. So, the director Nirav Barot must be congratulated for rai...Read More

Gandhinagar Gujarat government today announced a new policy to give incentives to Gujarati film industry. As per the new policy announced by state government spokesperson and minister Shri Nitin Patel, films will be divided into A,B,C and D four categories and incentives will be given as per the category of film. 81-100 points will secure 'A' category, 61-80 will secure 'B' grade, 51-60 'C', 41-50 'D' while films that are given below 41 points will not find place in any category. Un...Read More 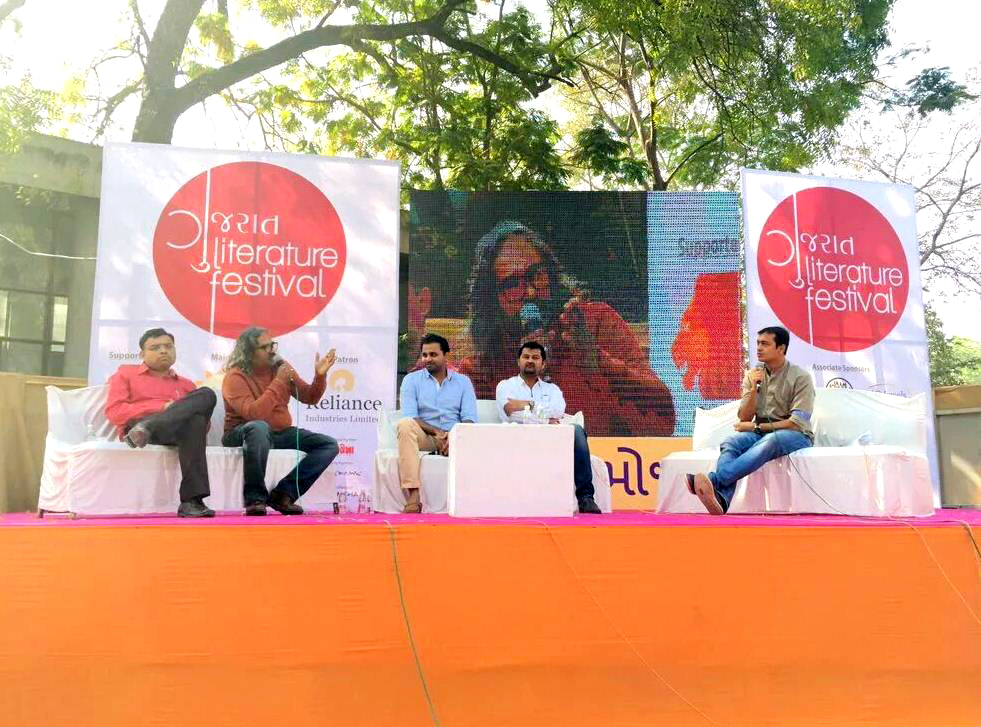 Ahmedabad Two more 'urban' Gujarati films are going to release in upcoming February. Both are to be released around Valentine day. The films are 'Fillam' and 'Polampol'. Trailer of V3 Production's movie 'Fillam' has been released on 6 January on Youtube which is embedded above. The film has actors like Asrani and Shakti Kapoor. The film is going to release around Valentine Day which is February 14. Lemon Grass Production's Polampol is yet to release its trailer. Release date is 12...Read More

By Jayesh Adhyaru A crash course on commodity market! Despite all the clichés and over simplicity, this movie is a welcome change in urban Gujarati films Sensex is the seventh sense of Gujaratis. But we haven’t had a Gujarati film dedicated to our love for the stock market so far. This new urban Gujarati film ‘Hu TuTuTu – Aavi Ramat Ni Rutu’ is perhaps the first film on the backdrop of the commodity market. It breaks monotony of mindless, double meaning comedies and presents comp...Read More